Statistics Iceland has published new experimental statistics on labour and education participation for individuals aged between 16 and 19. This measure, called NEET (Not in Education, Employment or Training) has previously been based on survey data, and did not allow for a detailed breakdown of the data into groups based on origin, occupancy location or by specific age in years. The new publication is register-based, and allows for a much more detailed breakdown of the data.

The data are generated from registers of labour, population and education statistics. The purpose is to assess the status of young people in Iceland as well as assessing the ability of Statistics Iceland to use sources used for other purposes to shed light on the experience of being a young person in Iceland today.

By basing NEET statistics on registers rather than survey data, it is possible to analyze sub-groups in the population in much greater detail. 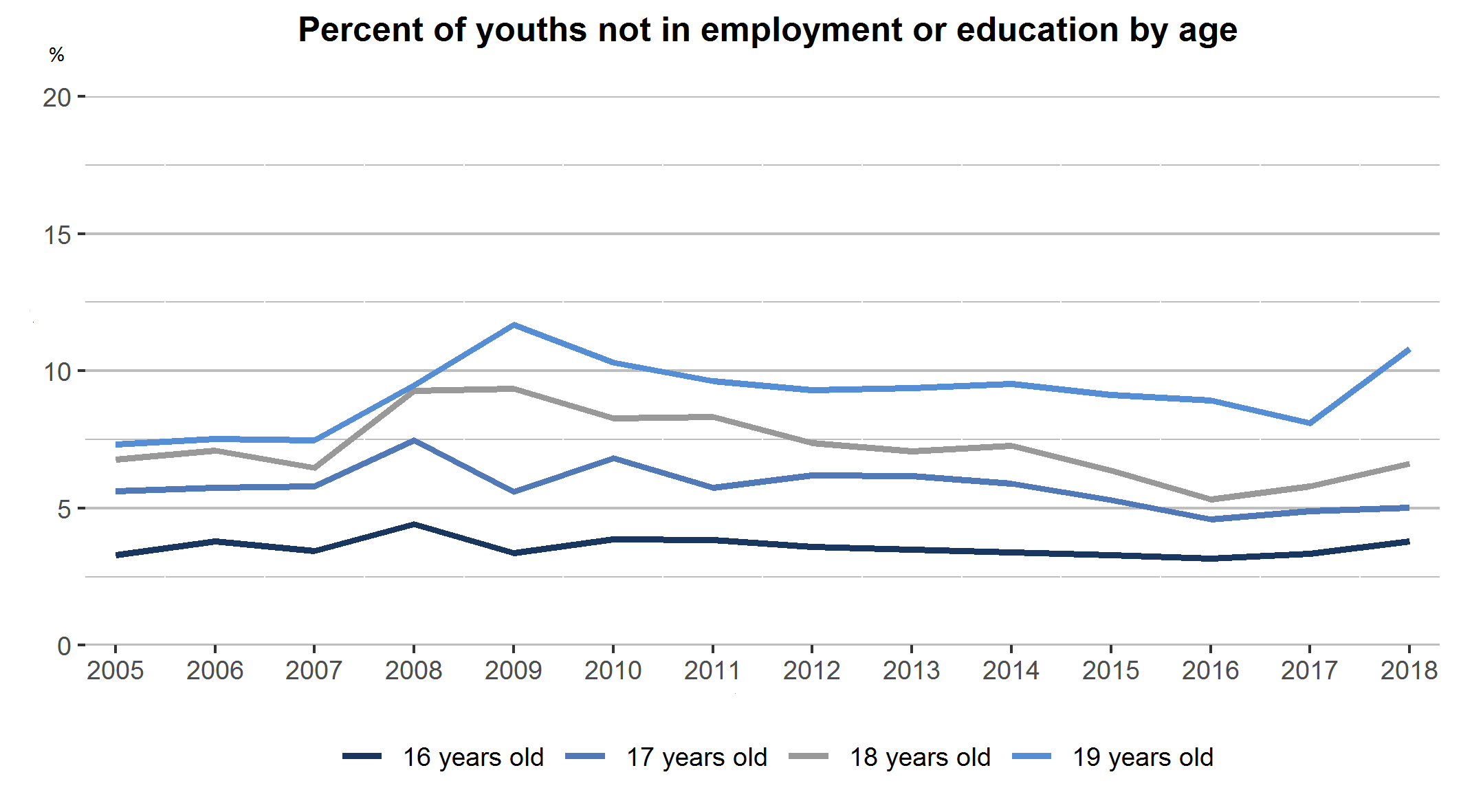 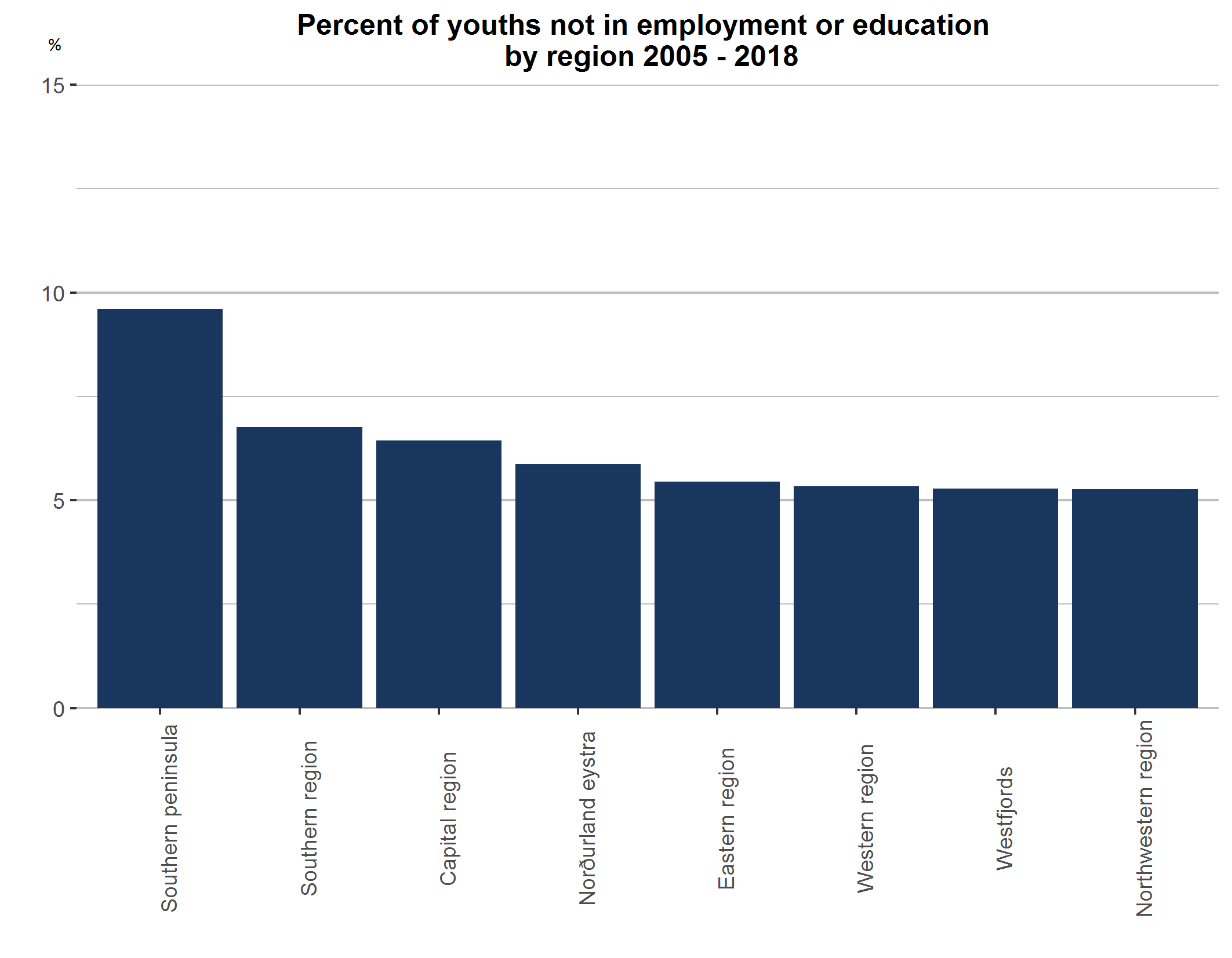 The data cover the years 2005-2018. The data only cover November of each year, which is in accordance with the methods employed by other Nordic National Statistics Offices for similar analyses.

The population consists of every person between 16 and 19 years living in Iceland in November of the specified year. Any group that consist of less than 4 individuals is removed from the dataset.

Use of these experimental statistics is free. Please quote the source.
For further information please contact Anton.Karlsson@hagstofa.is, tel. +354 528 1281