Life expectancy in Iceland is one of the highest in Europe

During the past 30 years, life expectancy in Iceland has increased by six and four years for men and women respectively (see Figure 1). 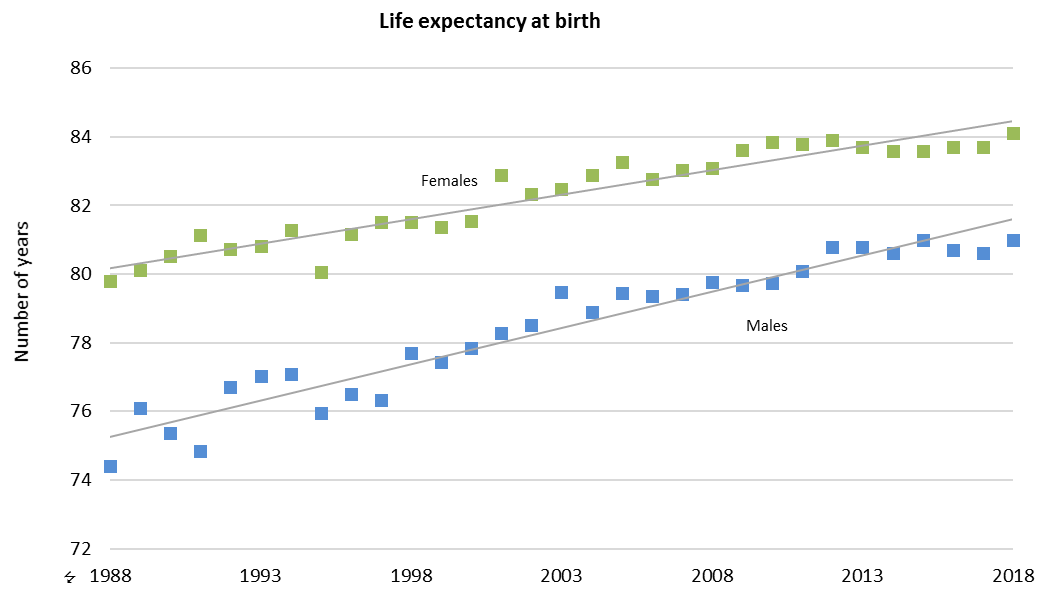 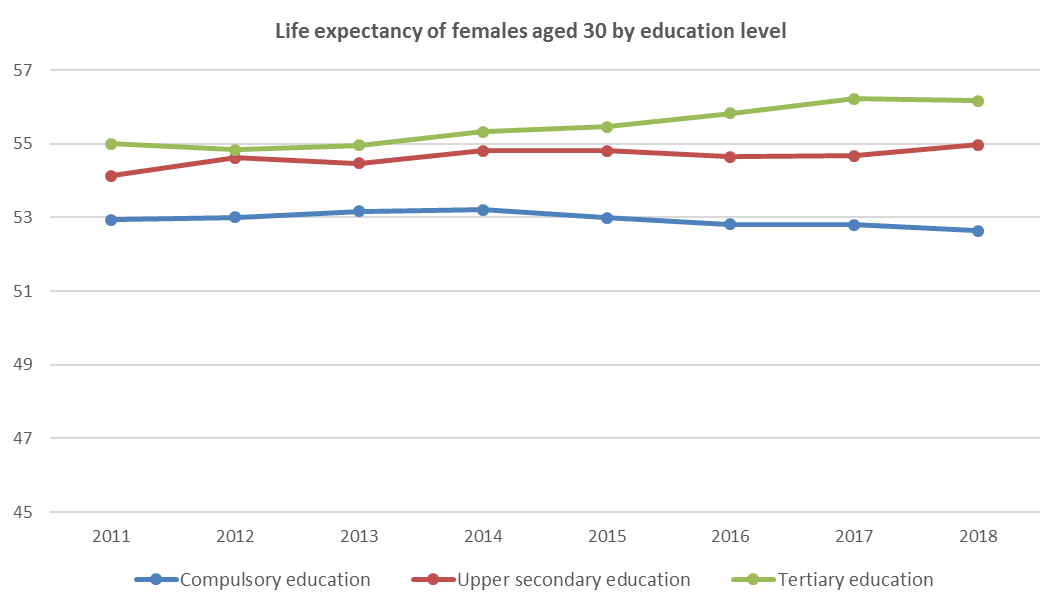 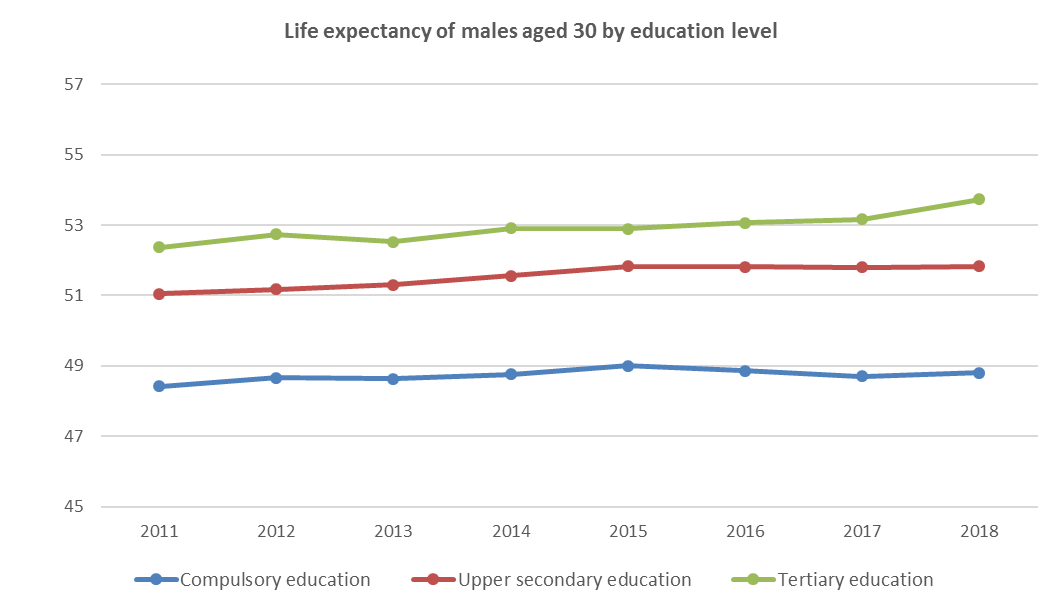 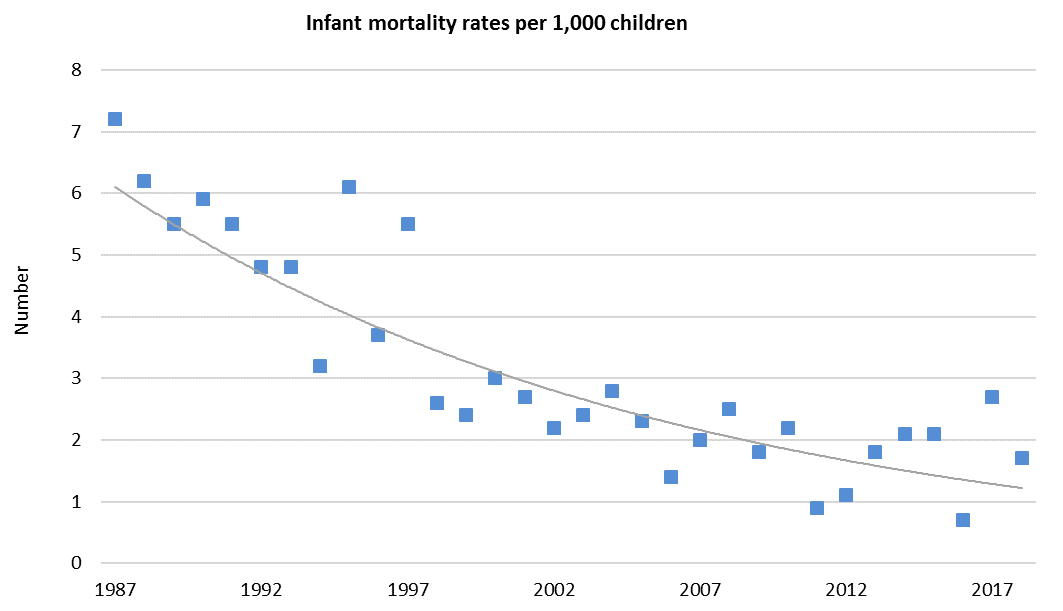 The infant mortality rate in Iceland was 1.8 per 1,000 live births on average over a ten year period (2008-2017), which is the lowest rate in Europe. The second lowest average (2.2) was recorded in Finland and Slovenia, followed by Sweden and Norway (2.5) and Czech Republic and Cyprus (2.7). The highest infant mortality rates were recorded in Turkey (11.7).

Influenza- and measles epidemics from 1843 to 1918
Patterns regarding older epidemics in Iceland can be observed when looking at mortality by age for longer time periods. Figure 5 shows the mortality rate by age for the years 1841-2017. During that period the mortality rate of children declined dramatically and the overall life expectancy increased. The darker the pixels are in the figure the higher the mortality rate. The decreased child mortality rate during the period is clearly observed by the fact that the colour becomes brighter as moving by the time axis nearer to present time. Various big epidemics can be seen in the dark vertical columns, e.g. the Influenza epidemic of 1843, 1862, 1866 and 1894, a measles epidemic that influenced younger age groups heavily in 1882 and finally the Spanish flu in 1918.

Methods
The ten year average values for life expectancy and mortality rates are based on Eurostat database. Education is classified according to ISMENNT2011, the Icelandic educational classification. ISMENNT2011 is based on the International Classification of Education 2011 (ISCED2011).