Please note that this press release was corrected 14 October 2020 at 15:50. Figures on attendance to concerts by the Icelandic Symphony Orchestra in the previous release were based on incorrect information. On 19 October figures regarding concert guests in Harpa from before 2019 were corrected.

Just over 205 thousand guests attended concerts in Iceland’s three main music halls in 2019. Those are Harpa and Salurinn in the capital region and Hof in the North East region. 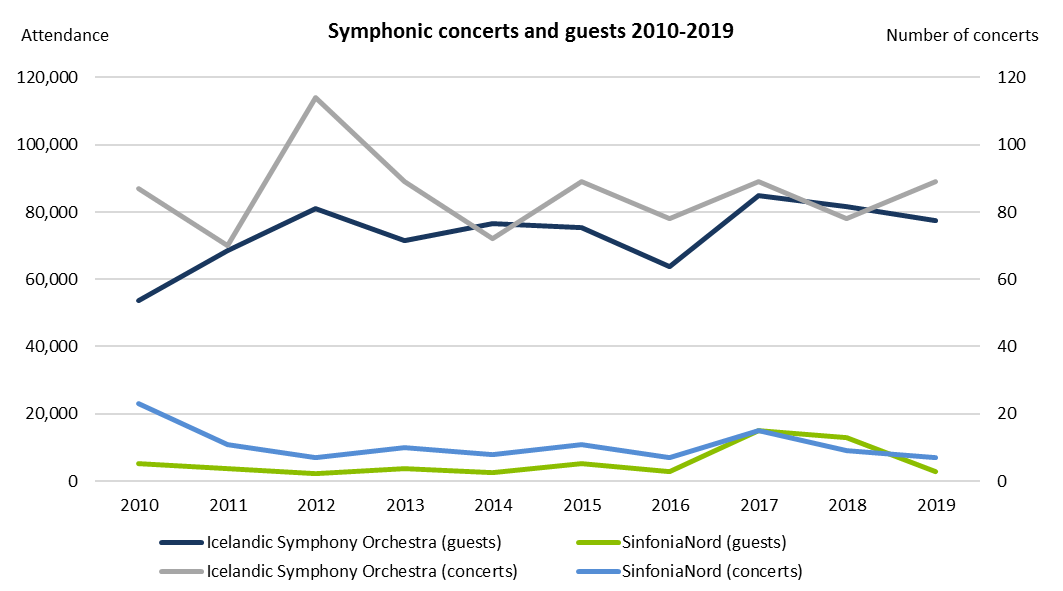 Attendance to the Icelandic Symphony Orchestra’s domestic concerts has decreased since 2017, when it reached its height of 85 thousand guests. The number of domestic concerts was the same in those two years, or 89. The number has stayed more or less stable for SinfoniaNord with notable exceptions in 2017 and 2018 when the number of guests reached 15 and 12 thousand.

About the data
Statistics Iceland annually collects information about concerts from the Icelandic Symphonic Orchestra, SinfoniaNord, Hof, Harpa and Salurinn. Concerts held by the symphonic orchestras in any of the three concert halls are included in both data sets (that is from the orchestras and the concert halls).