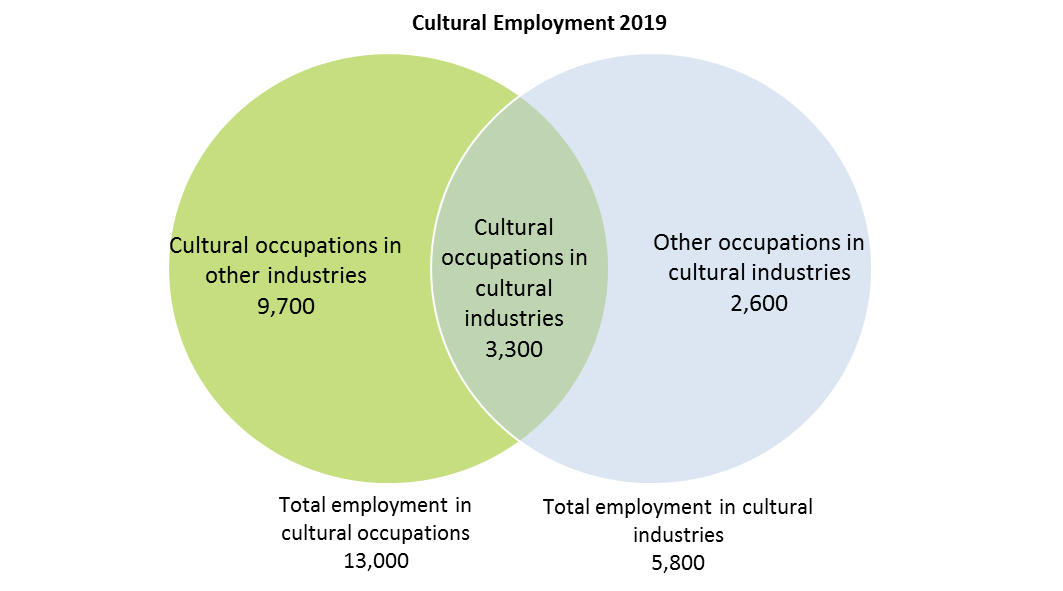 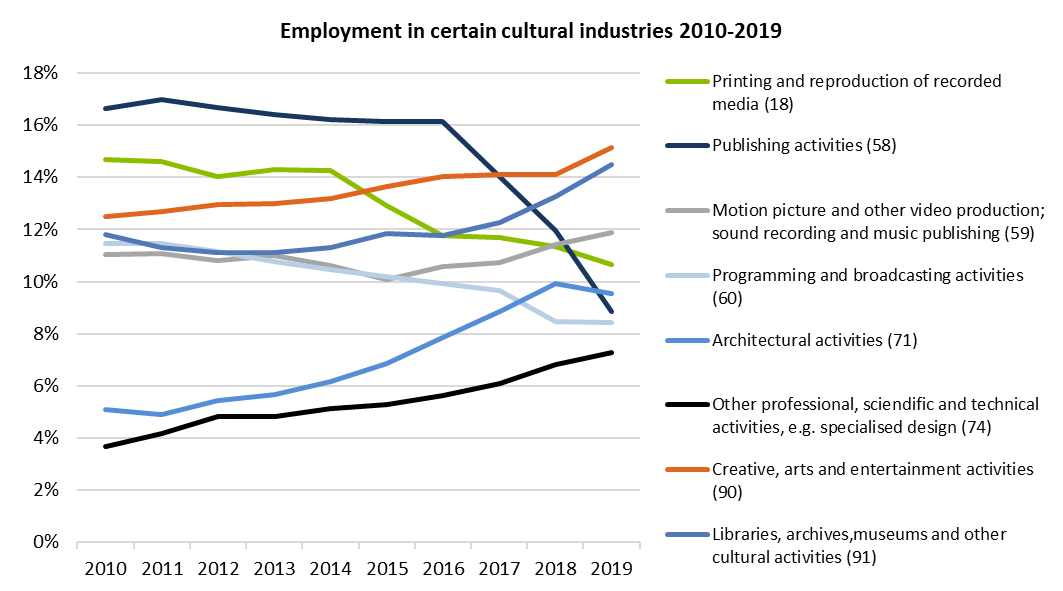 About the data
This data comes from both the Icelandic Labour Force Survey (IS-LFS) and the register-based employment (RBE). Cultural employment refers to the definitions of Eurostat.

As the RBE data does not include information on occupation classifications (ÍSTARF95), only industries are included and therefore only those employed in cultural industries counted.

The Icelandic labour force survey (IS-LFS) is a sample-based study where data are collected from participants through telephone interviews. In addition, demographic data are derived from the National Registry. The data are collected continuously throughout the year. The year is divided into four 13-week periods and the sample is about 5,000 individuals each quarter. The sample is divided evenly over the 13 weeks and each participant is asked about their position in the labour market during the reference week of the study as well as other questions, e.g. education and labour market experience. A random sample of 16-74 year olds is drawn from the National Registry and those who are included in the sample are asked about participation in the labour market for a certain period.

Register-based employment (RBE) is a count of individuals from monthly tax-registers as well as population data. Tax register data are based on data from the Iceland Revenue and Customs reflecting the settlement agreement of Pay-As-You-Earn (PAYE) tax of wages and salaries and/or presumptive income of the self-employed, as outlined in act No 45/1987. The settlement agreement from IRC has been enriched with added information so that it can be used for the production of official statistics, for instance to be able to distinguish between PAYE tax of wages and salaries from other PAYE tax, such as that of old-age pensions, social security payments and grants. Population data derive from Registers Iceland.