In the beginning of 2019, just under 95% of Icelanders aged 16-74 had read online news in the past three months. During the same period, 84.3% had listened to music via the internet (through web-radio of streaming) while 62.4% had uploaded personal content (images, texts, music, etc.) to a website. In the beginning of 2018, 89.7% of the nation had watched internet-streamed TV channels or videos and 28.1% had played or downloaded video games during the previous three months. 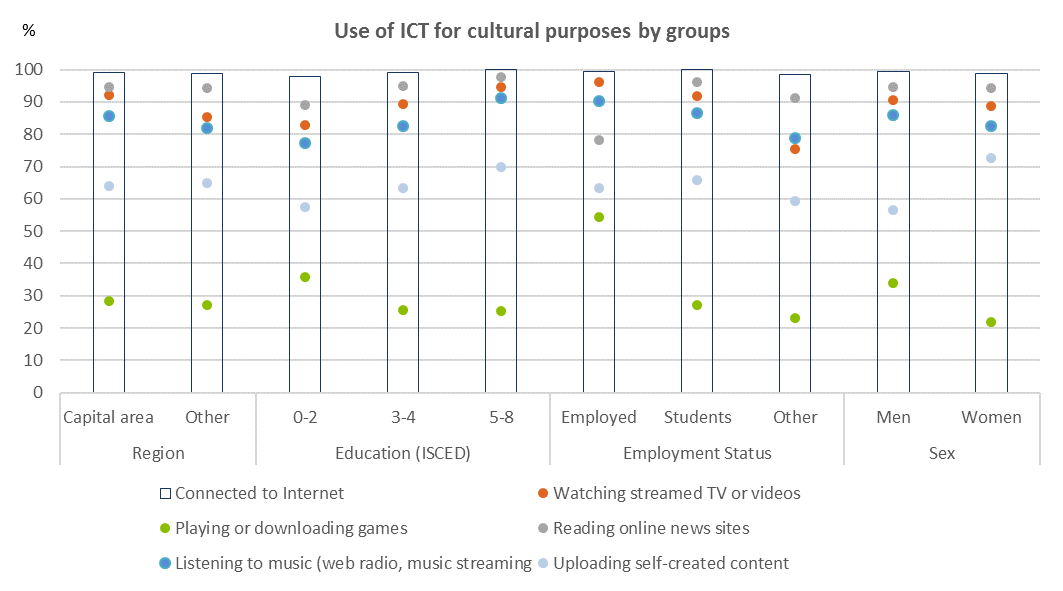 Additionally, men generally use the internet more for cultural purposes than women, while a higher percentage of women upload their own content to websites. Some exceptions are found when looking at different age groups and sex. For instance, 64.8% of men and 24.4% of women aged 16-24 years had played or downloaded games in 2018 compared with 16.7% of women and 6.8% of men aged 55-74 years. 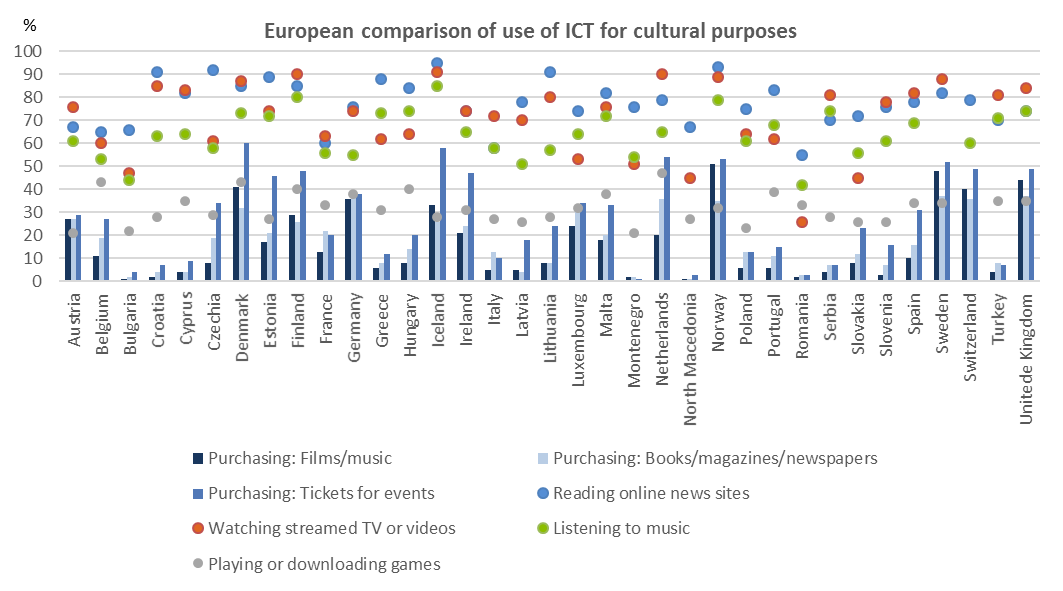 About the data
The results are based on the survey of household and individual’s use of internet and communication technology which is a cross-sectional survey where 2,500 households are sampled on a yearly basis. The survey is conducted over the entire European Statistical system in a harmonized manner. The response rate for the survey was 64% in 2017, 63% in 2018 and 56% in 2019. The survey was not conducted in Iceland in 2015 and 2016.