In December 2018 there were 1,600 licenced pre-primary school teachers in pre-primary schools in Iceland, 28.1% of staff working in education and childcare. Their number has decreased by 360 from 2013, when their number was greatest. The number of teachers under the age of 30 decreased in particular, as the duration of the teachers’ programme was increased by two years a few years ago. However, that is not the only reason for the reduction in the number of teachers, as their numbers declined in all age groups under the age of 50. 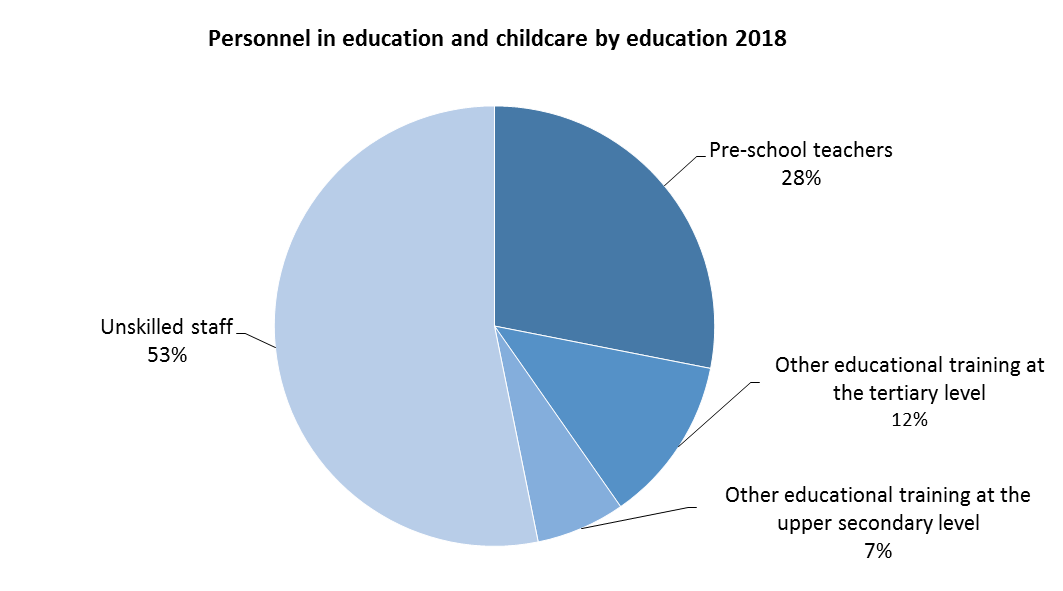 More than 16% increase the in number of males working in pre-primary schools
There were 434 male staff members in pre-primary schools in December 2018, the highest number so far. The proportion of male staff was 7.0%, a 16.4% increase from December 2017. Males were 6.6% of staff in education and childcare and 12.1% of other staff, e.g. canteen staff and cleaning personnel.

At the same time the number of children with foreign citizenship had increased to 1,362 children; 7.3% of children in pre-primary schools. An increase was in particular observed among children from Asia, the Nordic countries and the Baltic countries. 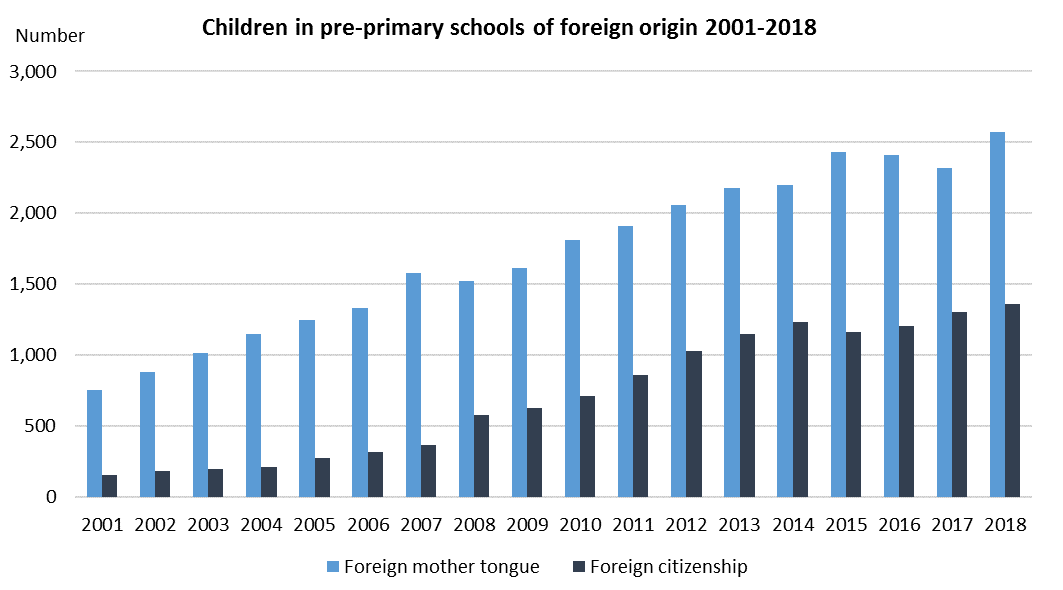 The data on citizenship for 2001-2007 are not totally comparable to data from 2008, since they are based on a different source.