In the autumn of 2013 there were 4,510 new entrants in day courses at the upper secondary level in Iceland. Four years later, 54.1% of these entrants had graduated from programmes at the upper secondary level that were at least of two years’ duration. A total of 25.3% of these new entrants had dropped out of school or taken a temporary leave from study while 20.5% were still in education without having graduated. The changes in the requirements, which shortened the time needed to complete the matriculation examination, were not fully implemented in the years covered by this data collection. 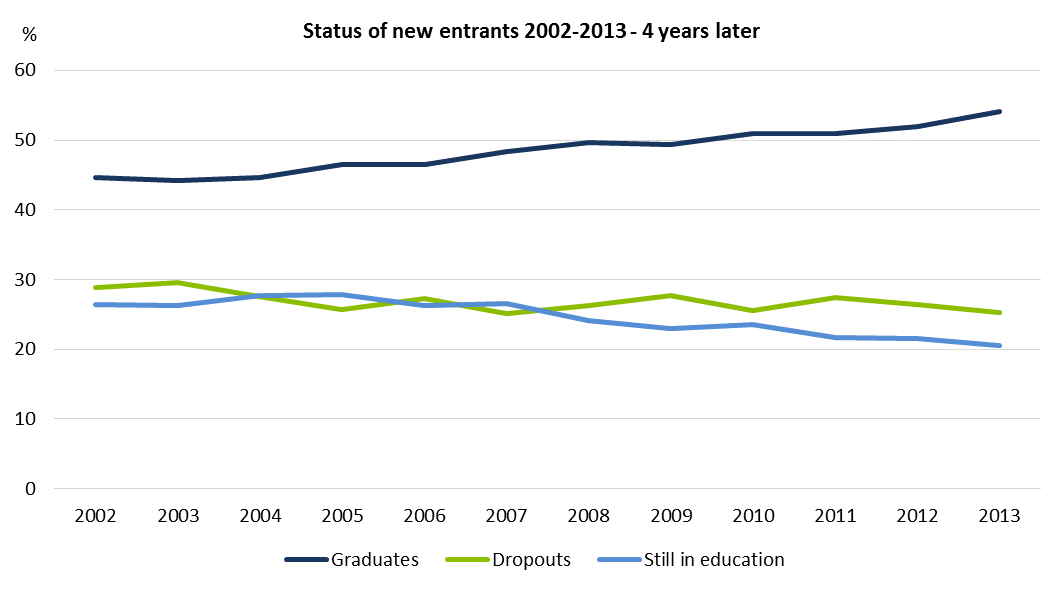 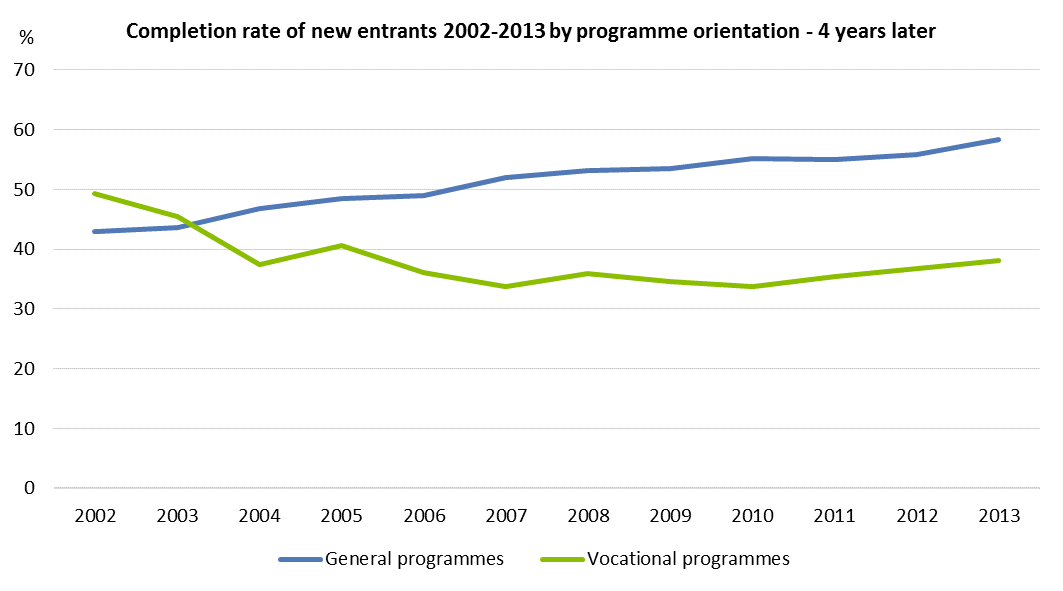 Fewer immigrants graduate from upper secondary schools than students of Icelandic origin
In the autumn of 2013, 284 immigrants entered day courses at the upper secondary level for the first time, and four years later 28.2% of these entrants had graduated. On the other hand, the completion rate was highest among students born abroad of Icelandic origin; 66.5% of those new entrants in 2013 had graduated in 2017, and more than 56% of those who had no foreign background. There are few second generation immigrants among new entrants in 2013, but they resemble students without foreign background more than immigrants in these data.

When new entrants from 2011 are given two more years to graduate, the completion rate of all groups of students increases. However, the completion rate of students who were born abroad but have Icelandic background increases less than the rate of other groups, as depicted in figure 3.
Women are more likely to graduate than men, irrespective of origin. 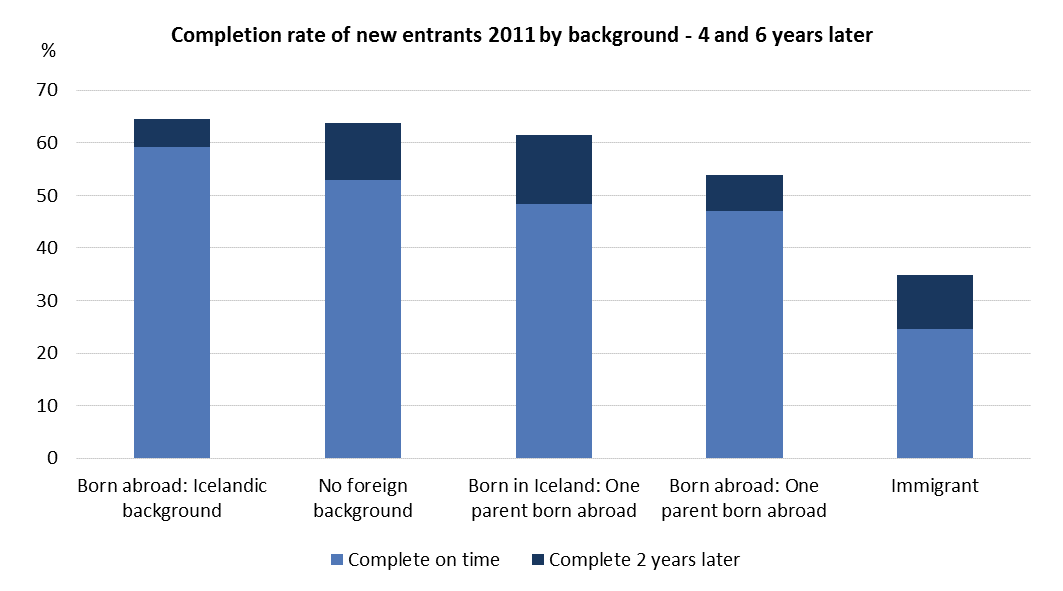 What is dropout?
Dropout from education can be defined in a number of ways. The method used for these data is to follow up on new entrants in day courses in the autumn, so-called cohort rate.

About the data
New entrants are students who were registered in programmes at the upper secondary level of education in the autumn for the first time, since the start of the Statistics Iceland Student register in 1975. All day course students of all ages are included. Graduates are those who have graduated from upper secondary programmes of at least two years’ duration. Students still in education are those students who are studying in day courses, evening courses or by distance learning at the upper secondary or tertiary levels of education in Iceland in the autumn, who have not graduated. Classification of the background of students is derived from population data on immigrants and persons with foreign background.