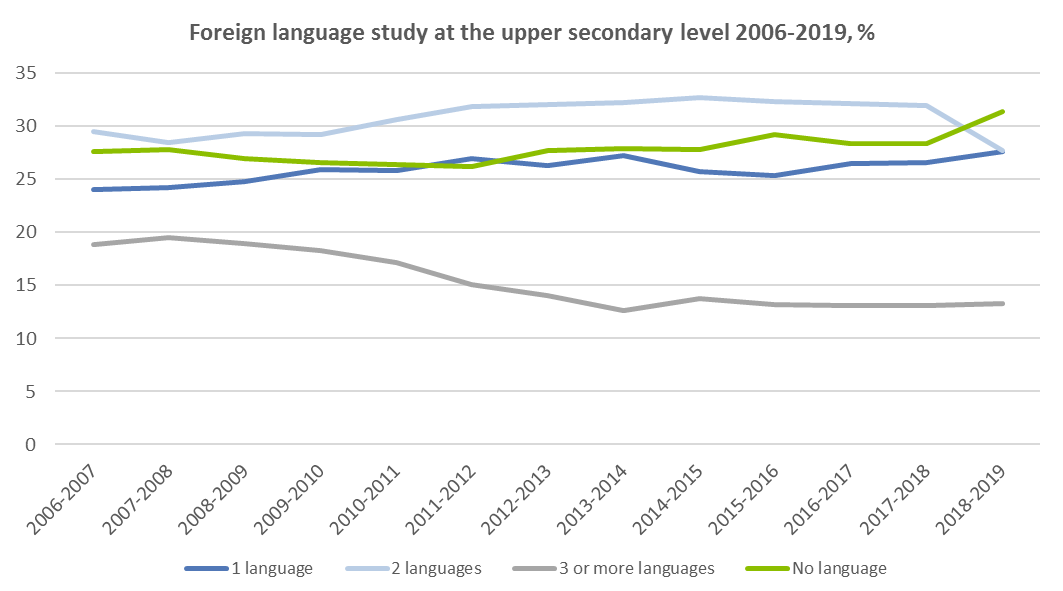 More females choose to learn Spanish while males choose German
Spanish and German were the most common third languages to be studied in 2017–2019, as was the case in previous years. In 2012–2013, more students learned Spanish than German for the first time and that is still the situation in more recent years. A total of 3,686 students learned Spanish in 2018–2019, while 3,189 students learned German. Females were more likely to study Spanish, as just over 2,200 females were enrolled in a Spanish class in 2018–2019, but approximately 1,650 females were enrolled in a German class. Among males, German was more popular than Spanish, as 1,539 males learned German while 1,480 chose Spanish. 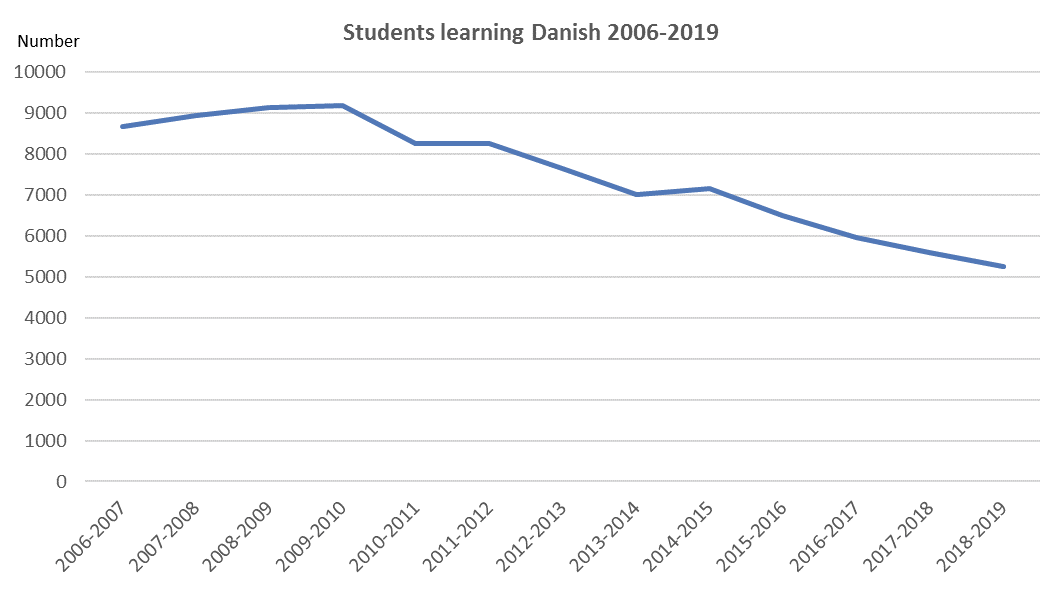 Japanese language courses have again become more popular among students at the upper secondary level. In 2018–2019, 98 students learned Japanese, 37 males and 61 females. Previously, there had been around 60 students learning Japanese, but their number was greatest in the school year 2010–2011, when 147 students took Japanese courses.