Fewer immigrants among graduates from the upper secondary level of education

Statistics Iceland publishes for the first time information about graduations by students’ origin. The data indicate that there are differences in the graduation rate depending on students’ background. When examining all graduates at the upper secondary level in 2016-2017, as a share of the population aged 18-22, then almost 24% of the population with Icelandic background graduated this year. On the other hand 16.5% of those born abroad with one parent born abroad graduated this year, and just over 8% of immigrants. 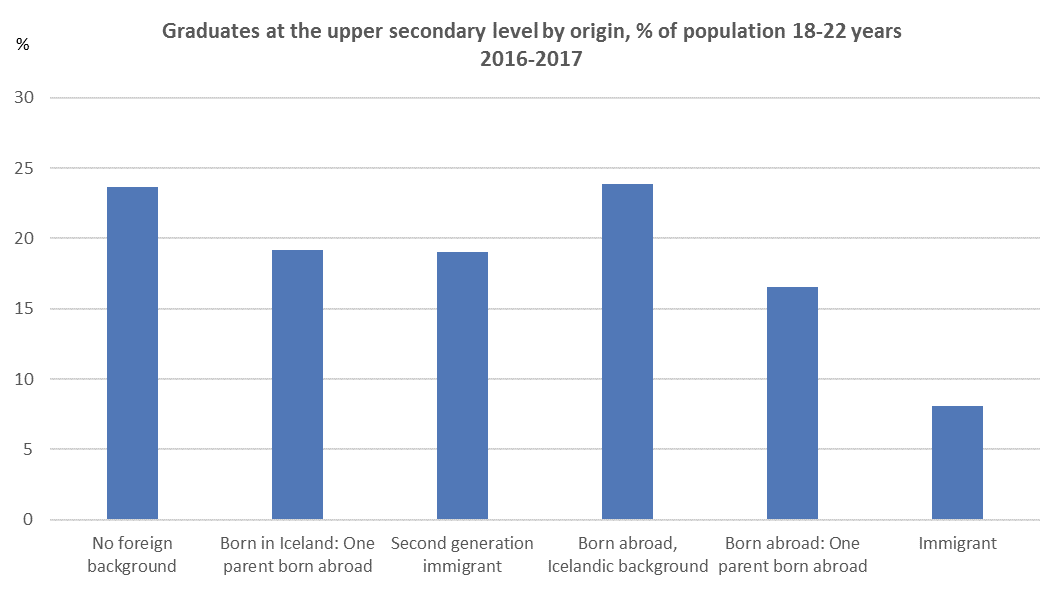 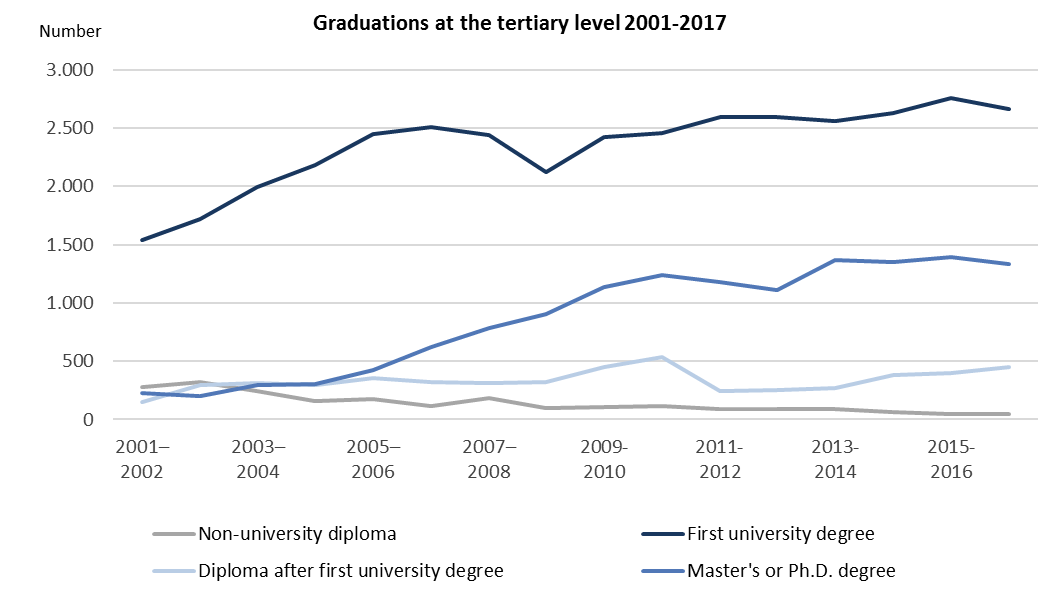 Statistics Iceland has also published new tables on graduations by line of study for all levels of education above compulsory education.