More and younger students completed the matriculation examination in 2017-2018

There were 3,965 graduates from 35 schools with a matriculation exam during the 2017-2018 school year, 785 more than in the previous year. Women were 59.2% of those completing the matriculation exam. The ratio of all students graduating with the matriculation exam to 20 year olds in the population was 86.3% and has never been higher. This large increase can be explained by changes in the requirements which shorten the time needed to complete this examination from four years to three, and in 2017-2018 some upper secondary schools were graduating the last students from the four year programme and the first students from the three year programme.

A total of 41.3% of graduates with a matriculation exam were 19 years old or younger, but 33.6% were 20 years old. The proportion of graduates under the age of 20 increased sharply from the previous year, when it was 24.6%. 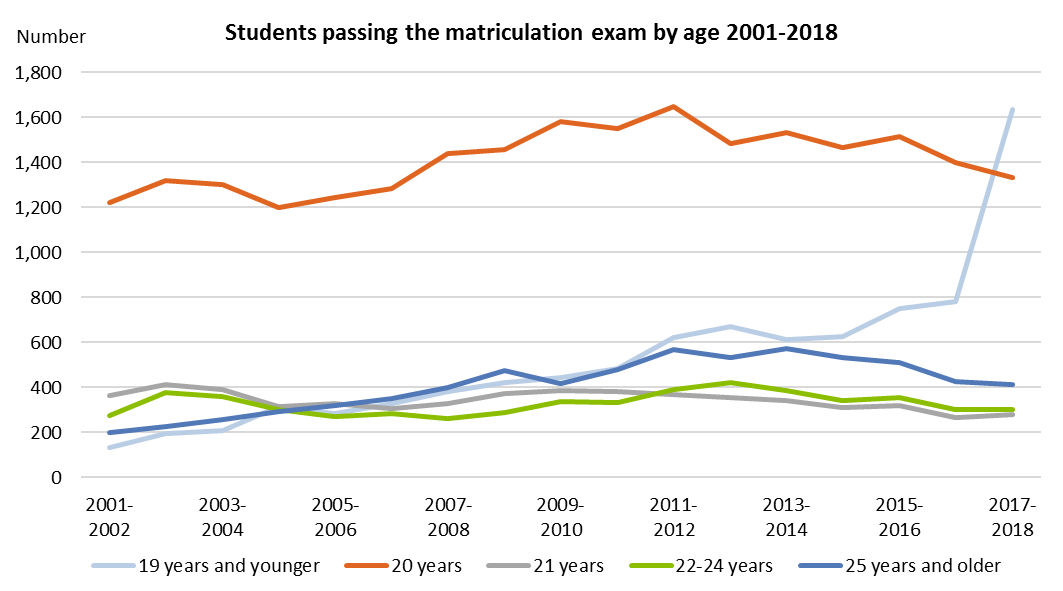 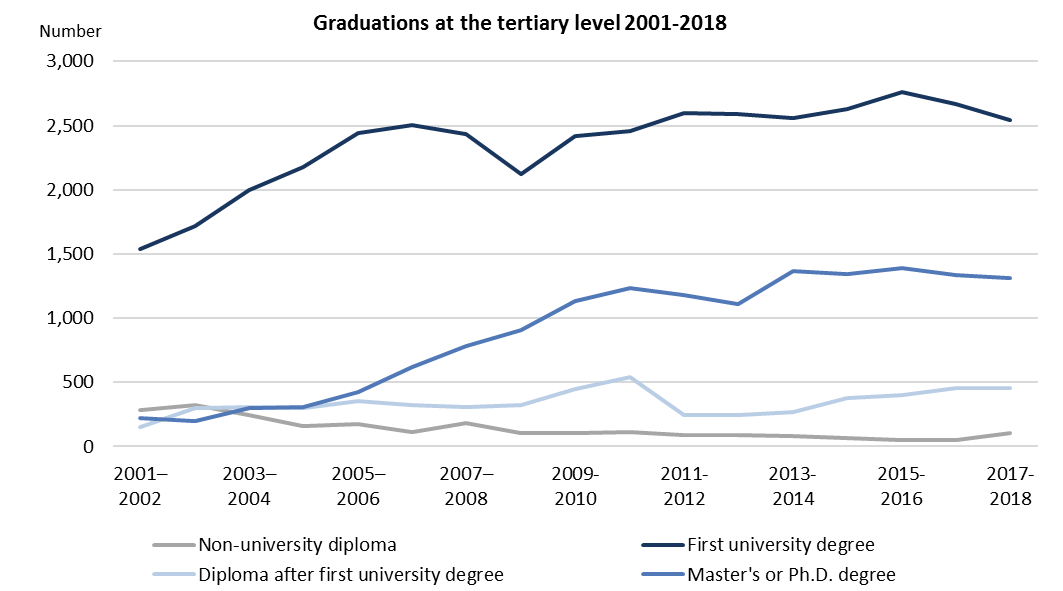