There were 4,370 graduates with 4,408 graduations at the tertiary level of education during the 2018-2019 school year, a similar number as in the previous year. Never before have more students graduated with a Ph.D. degree in one school year, or 101 graduates, 40 more than in the previous year. Around four out of every ten Ph.D. graduates are classified as immigrants, as they were born abroad and have parents who were born abroad. Some of the Ph.D. graduates have graduated from Icelandic universities in cooperation with foreign universities. 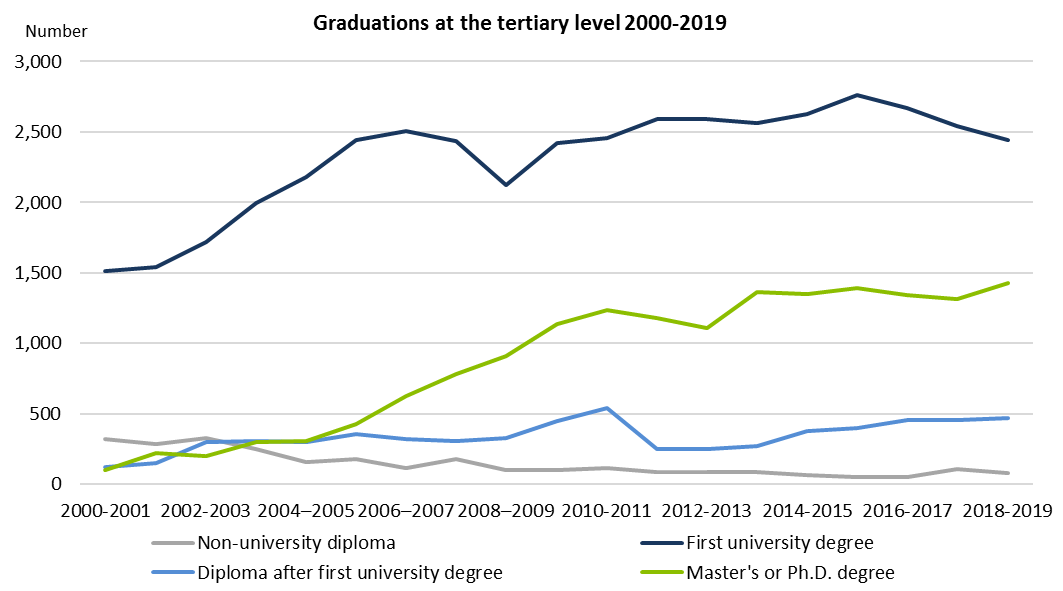 More young students completed the matriculation examination in 2018-2019
There were 3,819 graduates from 35 schools with a matriculation exam during the 2018-2019 school year, 146 fewer than in the previous year. In 2018-2019, some upper secondary schools with a system organised by grades were graduating the last students from the four-year programme and the first students from the three-year programme after changes were made in the requirements which shorten the time needed to complete this examination from four years to three.

Almost 52% of graduates with a matriculation exam were 19 years old or younger, but 21.7% were 20 years old. The proportion of graduates under the age of 20 has increased sharply in recent years (figure 2). 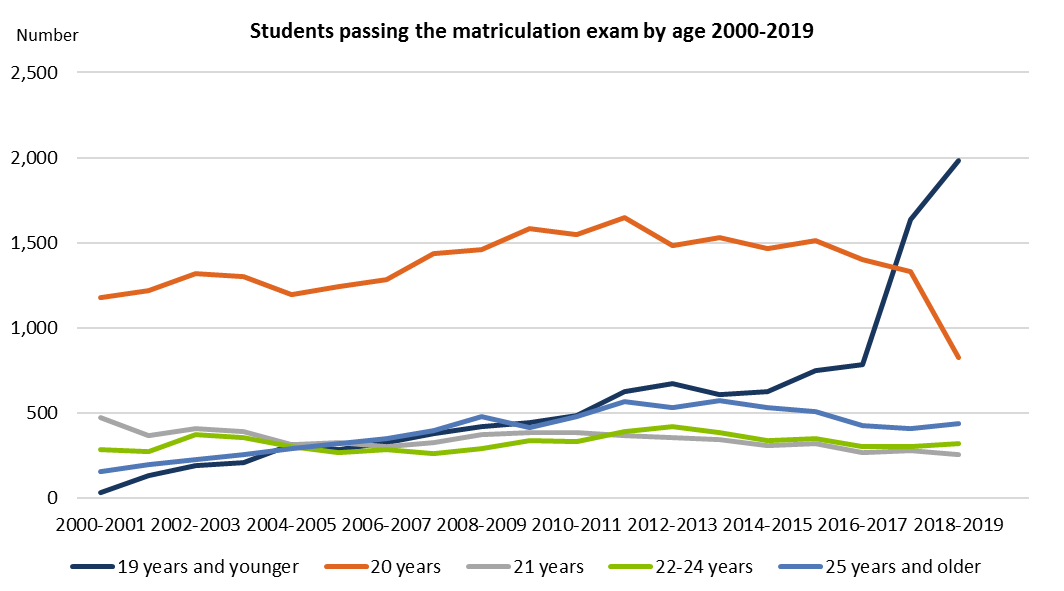 A total of 5,652 students graduated with 6,512 graduations from the upper secondary level of education during the school year 2018-2019, around 200 fewer than in the previous year.