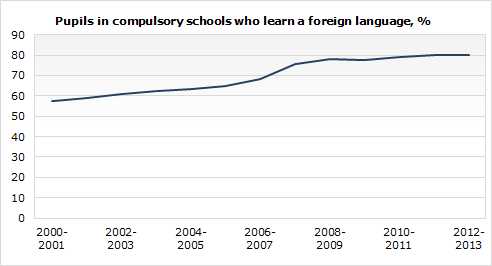 Fewer students in grades 1-6 learn Danish
Most pupils start learning Danish in grade 7, at the age of 12. A total of 910 pupils in grades 1-6 learned Danish in 2012-2013, a decrease from 956 in the previous year.
In many schools pupils who know Norwegian or Swedish can select those languages instead of Danish. Last school year a total of 114 pupils selected Swedish rather than Danish and 83 pupils learned Norwegian. 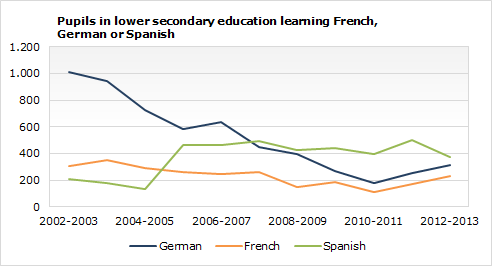 Statistics Iceland has published these data on students in compulsory schools learning foreign languages in 2012-2013 for the European Day of Languages, 26 September.