More pupils in compulsory schools than ever before

The number of pupils with foreign citizenship also increased from the previous year and was 2,900 in the autumn of 2019. 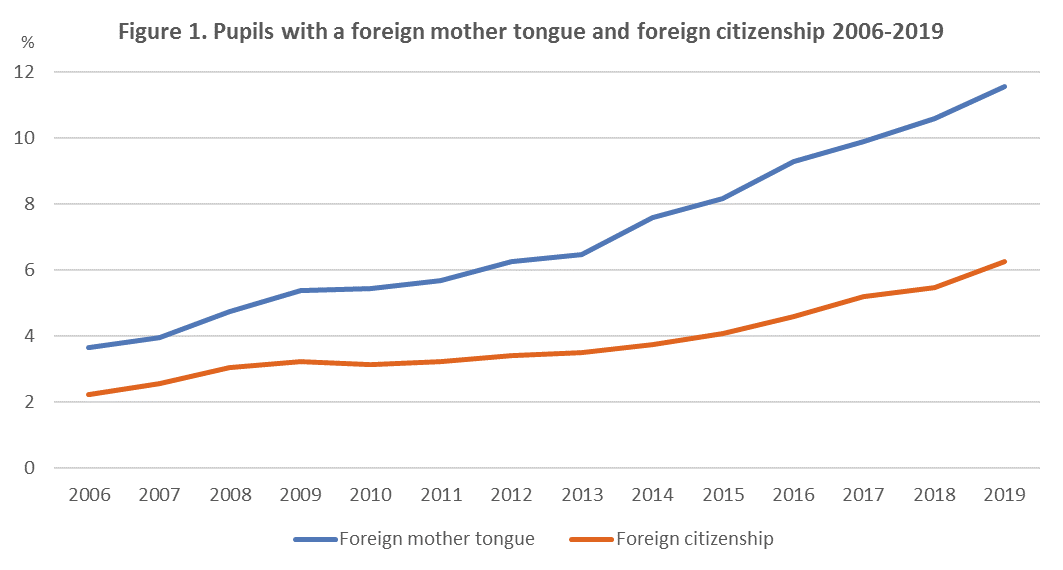 The number of pupils with a foreign mother tongue ranges from 427 to 660 pupils, with the largest number in grade 5 and the smallest in grade 1. In the last grade of compulsory education, grade 10, there are 442 pupils with a foreign mother tongue, 29 more than in the previous year. Judging from past experience, most of these pupils will start upper secondary education in the autumn of 2020. 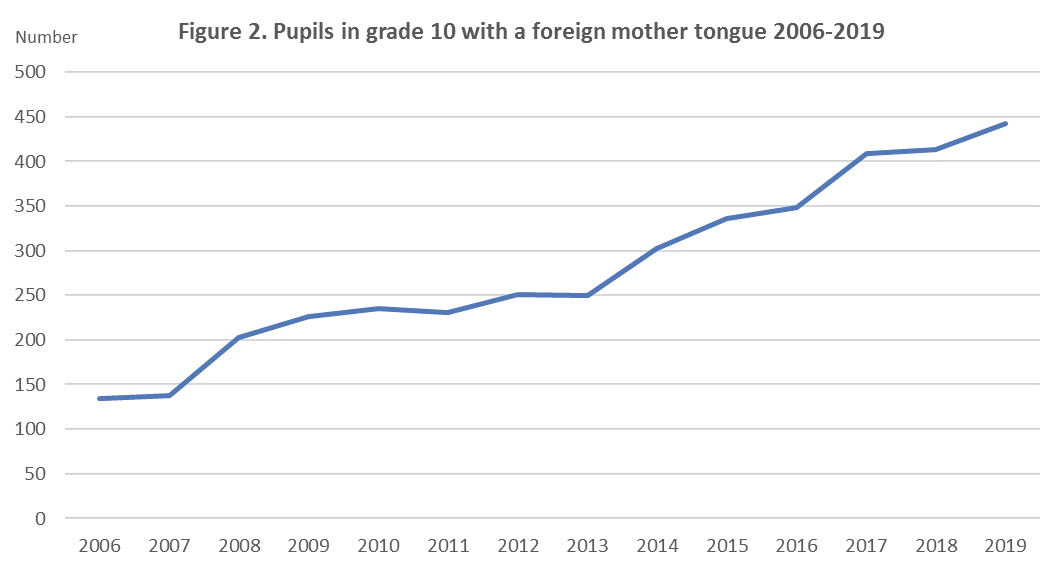 On average there are 19.3 pupils in a class
On average there are 19.3 pupils in each class, when special education schools and departments are excluded. The average class size is smallest in grade 1, or 16.9, while the largest classes are in grade 9, with 20.5 pupils. Information is not available on the number of teachers teaching each class but in some cases large classes are taught by more than one teacher. Also, multi-grade teaching takes place in some schools, not only in small schools in the countryside.

The largest compulsory schools in the 2019-2020 school year are located in the neighbouring municipalities to Reykjavík. They are Hörðuvallaskóli, with more than 900 pupils, and Varmárskóli with more than 800 pupils. The smallest school is Grunnskólinn á Borgarfirði eystra with four pupils in the autumn of 2019.