There have never been as many pupils in compulsory education in Iceland as in the autumn of 2020, or 46,688. The number of pupils increased by 434 from the previous year, or by 0.9%. The main explanation is that more children aged 6-15 are living in Iceland than before. These data come from annual data on compulsory schools in October.

The number of pupils with foreign citizenship also increased from the previous year and was 3,178 in the autumn of 2020. 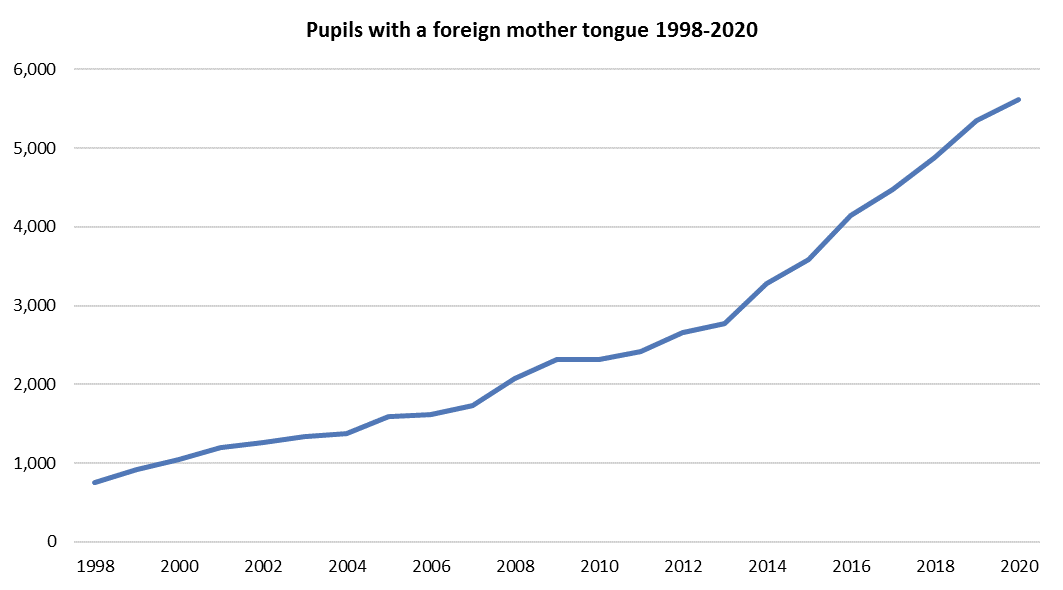 173 operating compulsory schools
There are 173 compulsory schools operating in Iceland in the 2020-2021 school year, three more than in the previous year. The reason for this increase is that in the autumn of 2020 the merger of two schools in Hafnarfjörður and the mergers of schools in two neighbourhoods in Reykjavík were reversed; in the Háaleiti area and in Grafarvogur. There are 13 private schools operating, the same number as last year, with more than 1,300 pupils, 140 more than in the previous year. Three special education schools are operating with 174 pupils in attendance.