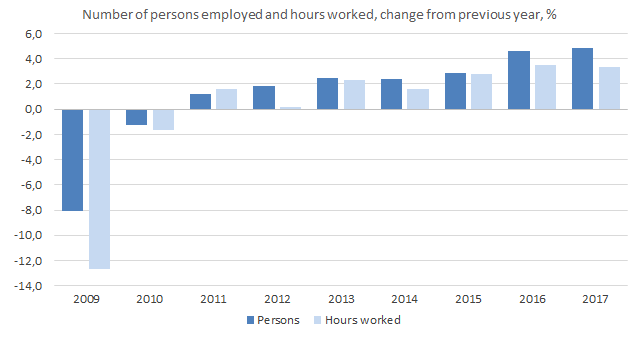 Figures for 2017 are based on preliminary data. Revised figures will be published 7 September 2018.

Statistics Iceland recently published for the first time data on labour productivity for the whole economy and individual sectors as new data on labour market quantity measures becomes available. The new labour market data is the result of an extensive development project aimed at producing new estimates of the number of jobs, the number of employees and the number of hours worked. Labour productivity is calculated for the period 2008–2017 based on Gross Domestic Product by industries and total employment measured by hours worked.

For more information about the publication.