Women a third of board members of medium and large companies 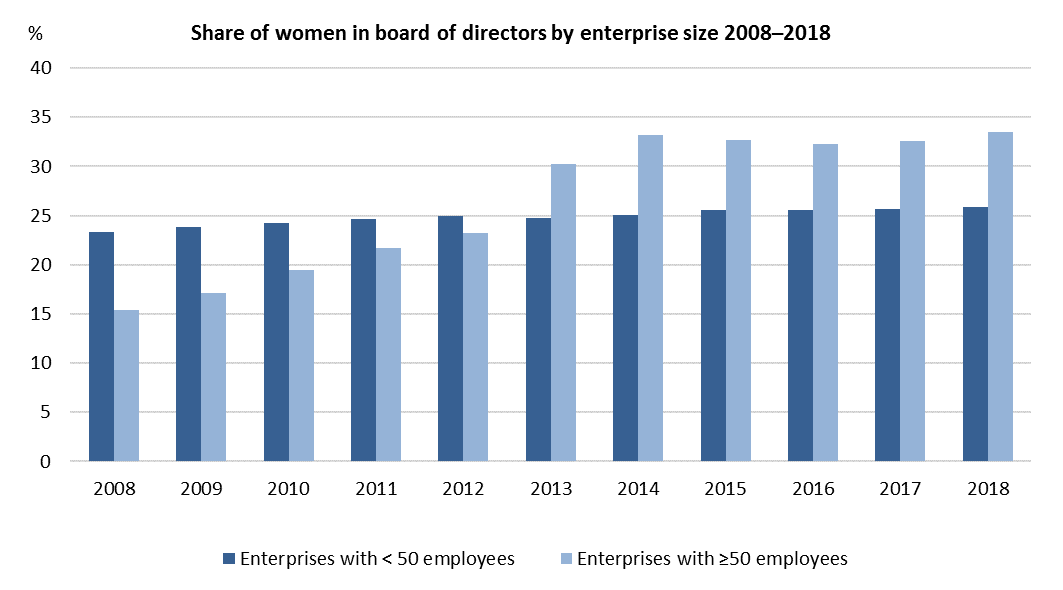 Data on the number of managers, chairmen and members of Board of Directors are presented by gender and age, economic activity and size of enterprises. Since the last update, there has been additional information on the activity of enterprises in 2017. The tables for 2017 have been updated accordingly.