Number of employers and employees in September 2019 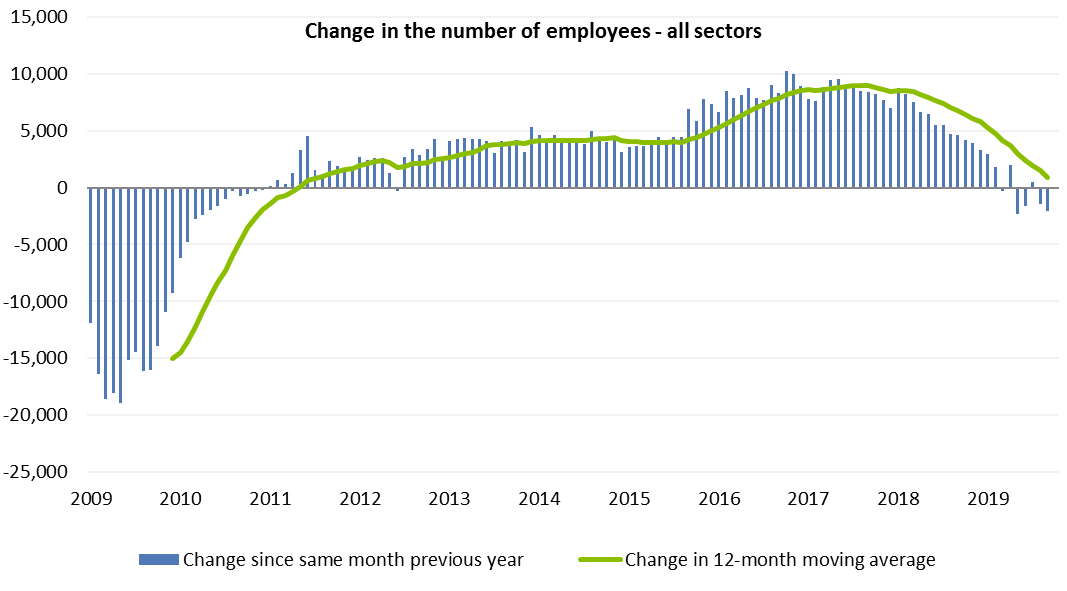 Causes of error and revision of statistics
These figures are preliminary. When using income data as the source, there is a risk of underestimating the latest figures if employers do not submit information in a timely manner. Other causes of error include reimbursements to former employees. When new data are published, previous figures are revised. For more information on revisions and the magnitude of recent revisions by economic activity, please refer to the metadata and the summary of revisions.