Turnover in Iceland‘s business economy was 4,500 billion ISK in 2019 and increased by 3.8% from the previous year. Looking at industries, the highest turnover was in wholesale trade or around 750 billion ISK, which is a 12% increase from the year before. 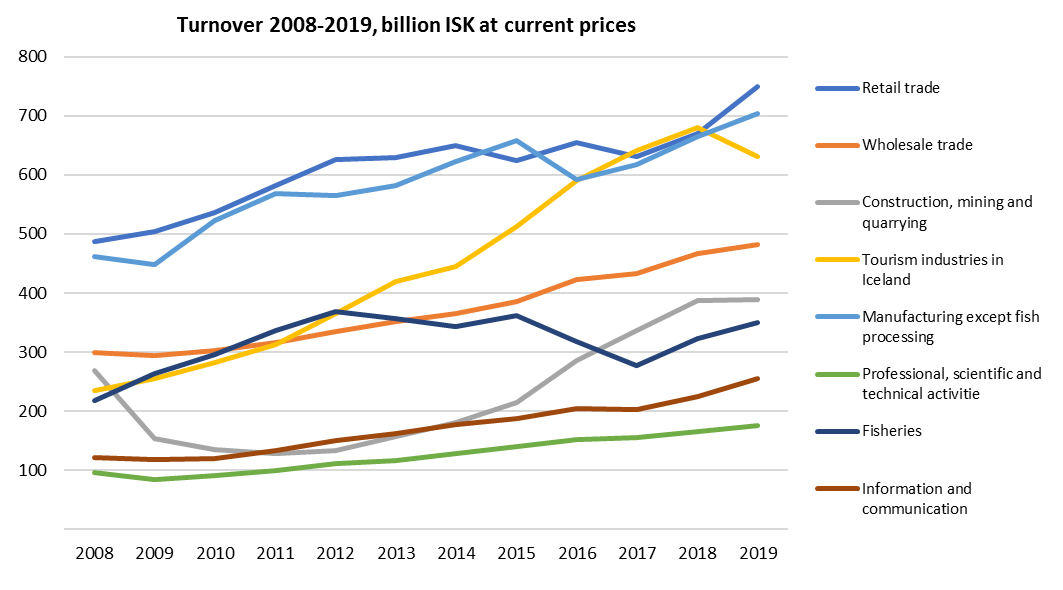 Gross operating surplus increased by almost 9%. The larges year-on-year increase was 24% in enterprises with 2-4 employees and 11% in both the 10-49 and 100 or more employee size classes.

The number of enterprises remained fairly stable between years, but looking at individual size classes, there was a decrease in all of them except for enterprises with 2-4 employees where the increase was almost 5%.