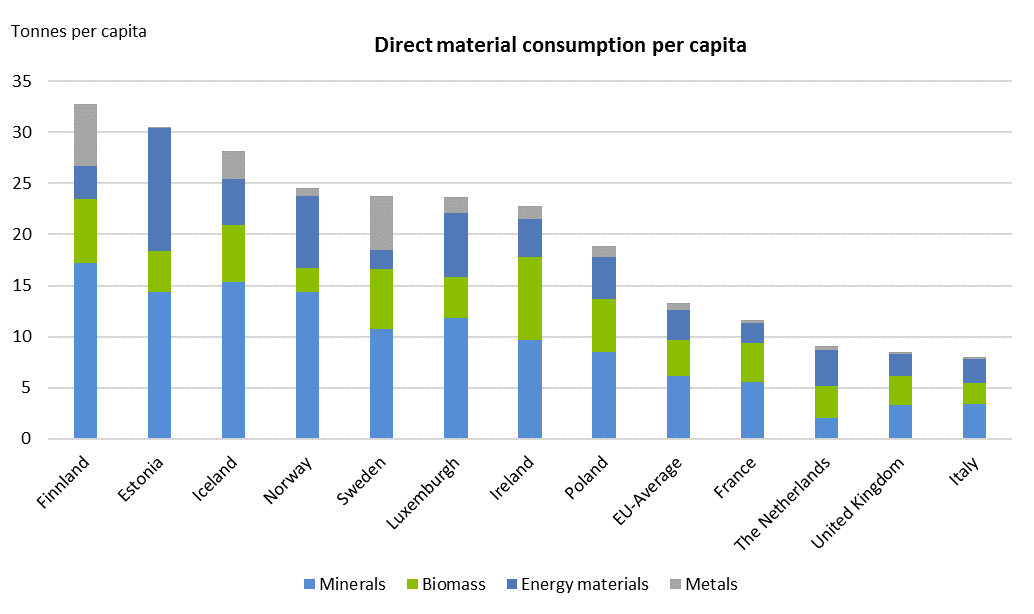 The Economy Wide – Material Flow Account (EW-MFA) collects and groups the weight of import, export and domestic extraction of material into the economy. Direct material consumption (DMC), which is calculated as the sum of import and domestic extraction minus export, is one of the key indicators used from this account to compare the material accumulation of economies. Economies with extensive mining operations, such as Finland and Estonia, are expected to have high DMC. This value is also expected to be high for sparsely populated economies, since the buildup of infrastructure requires large amounts of heavy construction material.

The evolution of material consumption per capita is, therefore, due to collective and complex effects within each national economy, which complicates the comparison between economies. 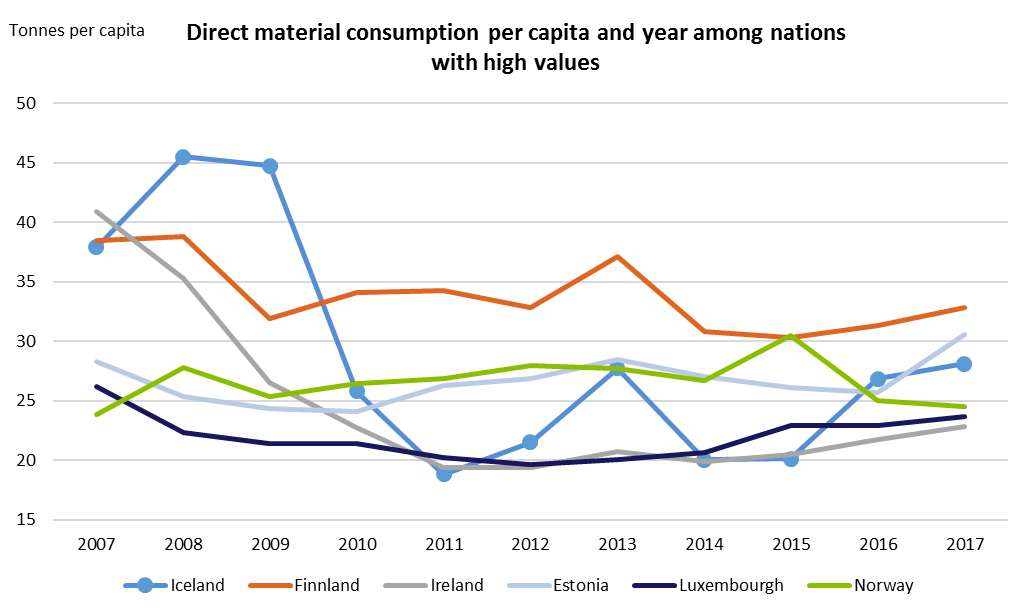 The EW-MFA is one of six environment and economy accounts mandated by Eurostat. Statistics Iceland completed these accounts first in 2019 for the economy and the accounts are now published in the Statistics Iceland data repository. Documentation in Icelandic that explains the material classifications, material flow pathways and general information about the processing and results is also published with the accounts. Explanations in English are available on the Eurostat website.

Along with the publication, the database on the website has been restructured. Energy and transportation statistics are now part of the environmental category and no longer part of the industrial category.