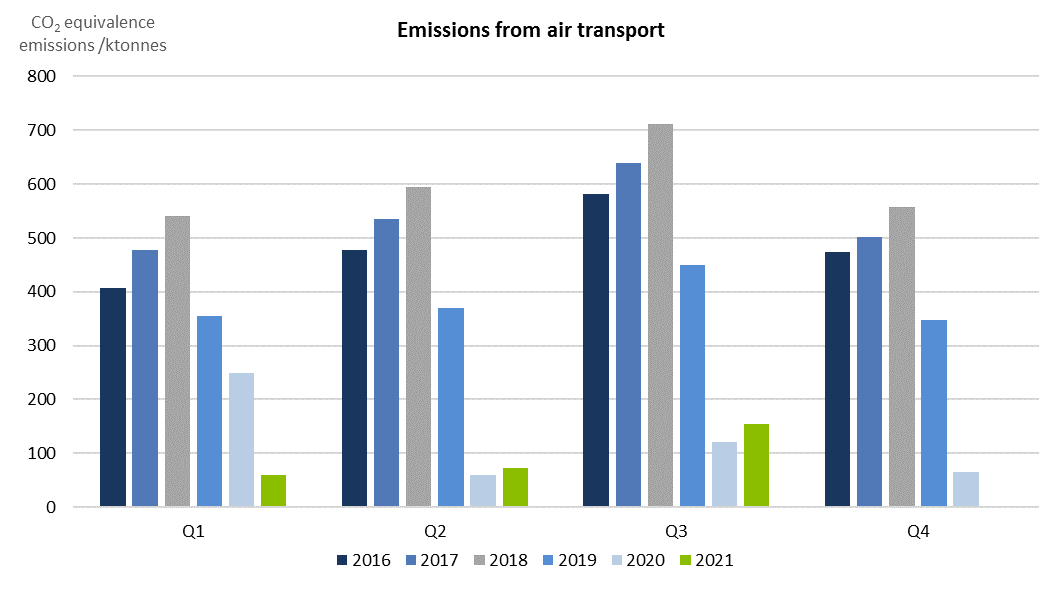 More foreign airlines serviced Iceland this summer, but emissions caused by these companies are not inside the economy's emissions figures shown above. 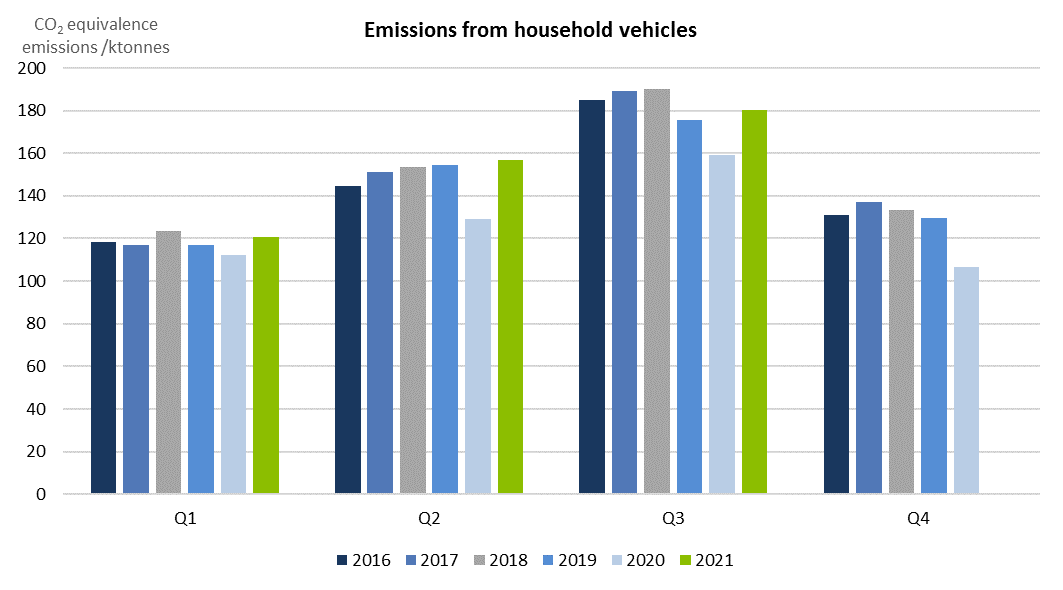 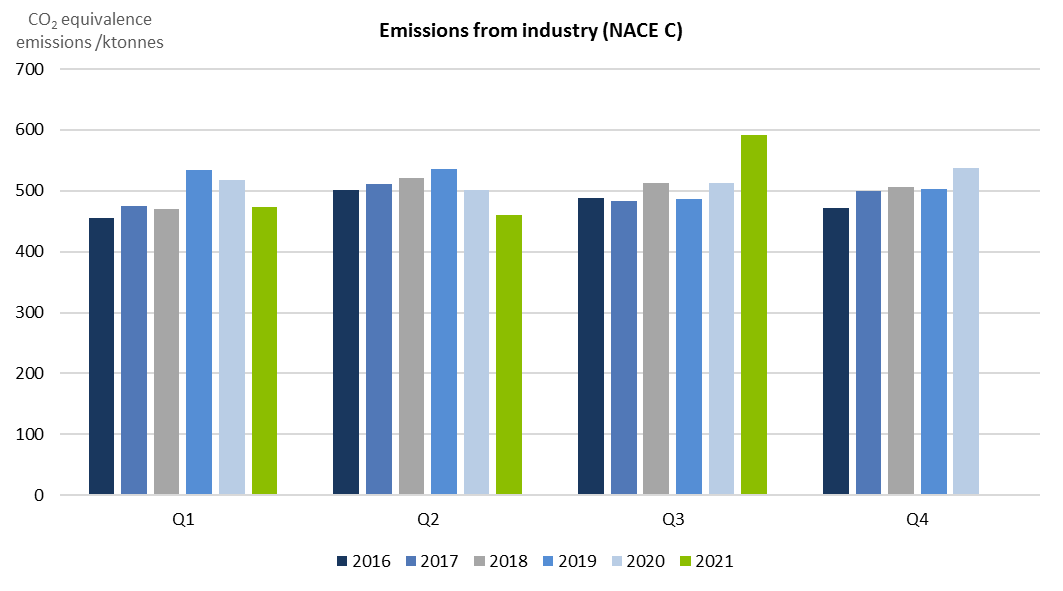 This increase could be due to delays in exports of manufactured industrial products. The increase could also be from an increase in production, and consequently emissions, due to favorable market prices. Export figures show a noticeable increase in aluminum exports between the second and third quarters of 2021, which is reflected in increased emissions from metal manufacturers (NACE sector C24). There is also a significant increase in the export of refined silicon and an increase in imports of raw materials for production. These include quartz sand and coal. Emissions from sector C20 are noticeably higher. The total emissions for the first through third quarters this year are comparable with emissions for the same period in previous years.