Iceland with highest per capita household energy consumption in Europe 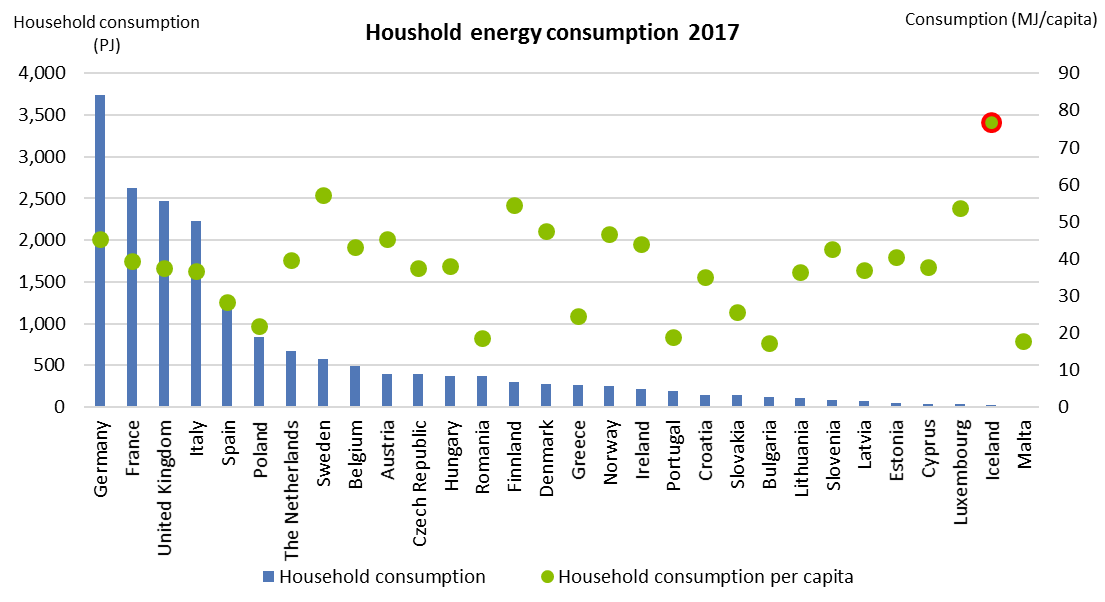 Iceland has the highest household energy consumption per capita in Europe according to newly published statistics on energy flow. This particularly applies to figures from 2017, which is the most recent year for which data exists for all the European economies. Household energy consumption was approximately 77 MJ/capita in Iceland. The second highest consumption occurred in Sweden (57 MJ/capita) and Finland (55 MJ/capita). Luxembourg, Denmark and Norway are next in line, but household heating in Luxembourg is commonly done by natural gas, which has more energy loss than when energy is produced in larger power plants. 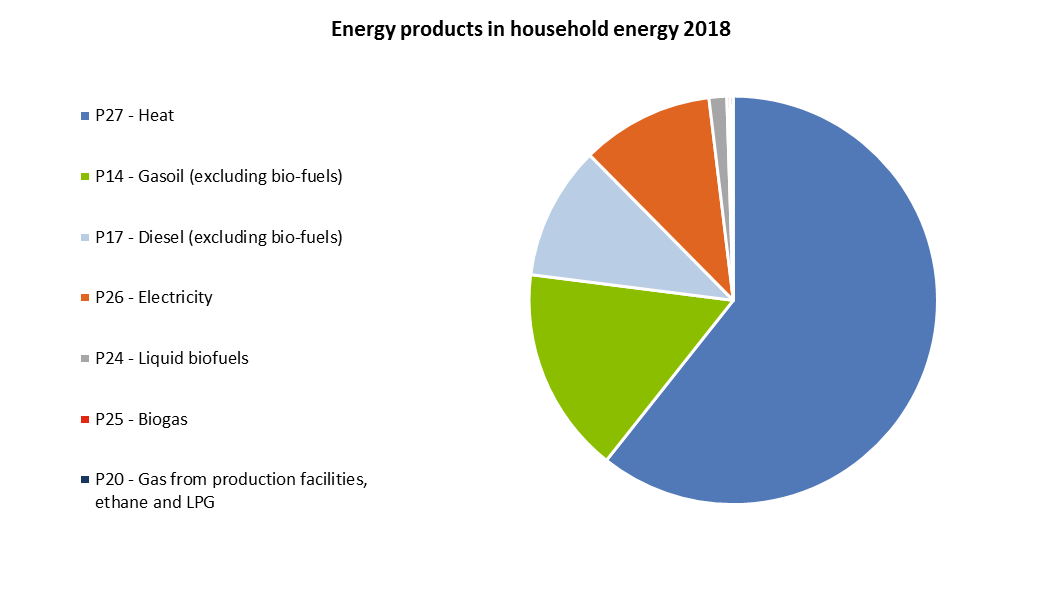 These results come from the Physical Energy Flow Account (PEFA), which is one of the environmental economic accounts collected by Eurostat. The accounts summarizes energy consumption by economic sector for 31 energy products.