Traffic across Mýrdalssandur in 2020 approximately half that of 2019

The daily average count of vehicles that traveled across Mýrdalssandur, a popular tourism spot on the south coast of Iceland, in April last year, when the first wave of Covid-19 cases hit, went from 1,046 vehicles per day in April 2019 down to 217 vehicles per day, which corresponds to an 80% reduction.

It should, however, be noted that figures from 2020 are preliminary. Average daily counts of vehicles traveling across Mýrdalssandur for the remaining months of the year were approximately 70% lower in 2020 as compared with 2019, with the exception of July and August due to Icelanders traveling around the island. Looking at the whole year, the traffic was approximately half that of 2019. 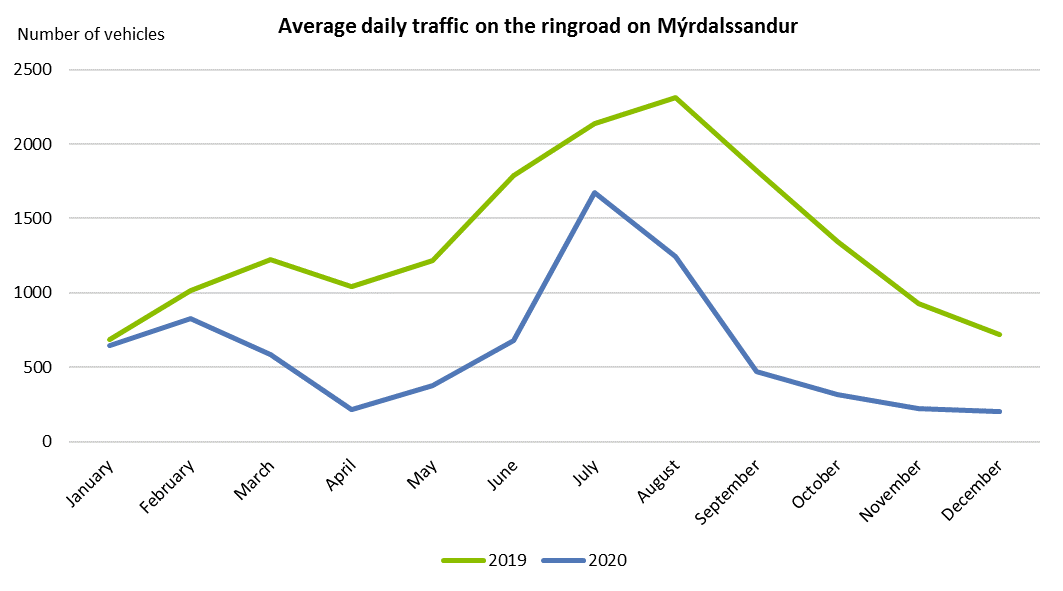 The effects of Covid-19 can also be seen on major thoroughfares in the Capital area. Traffic on Reykjanesbraut by Dalvegur in Kópavogur, a major artery between the southern suburbs and the capital, was approximately 23% lower in April 2020 as compared with April of 2019. The effects of the second major wave of Covid-19, from October to the end of year, shows an 11% reduction in the average daily counts. The traffic count during the intervening months, when little to no social distancing rules were in effect, was identical between the two years. 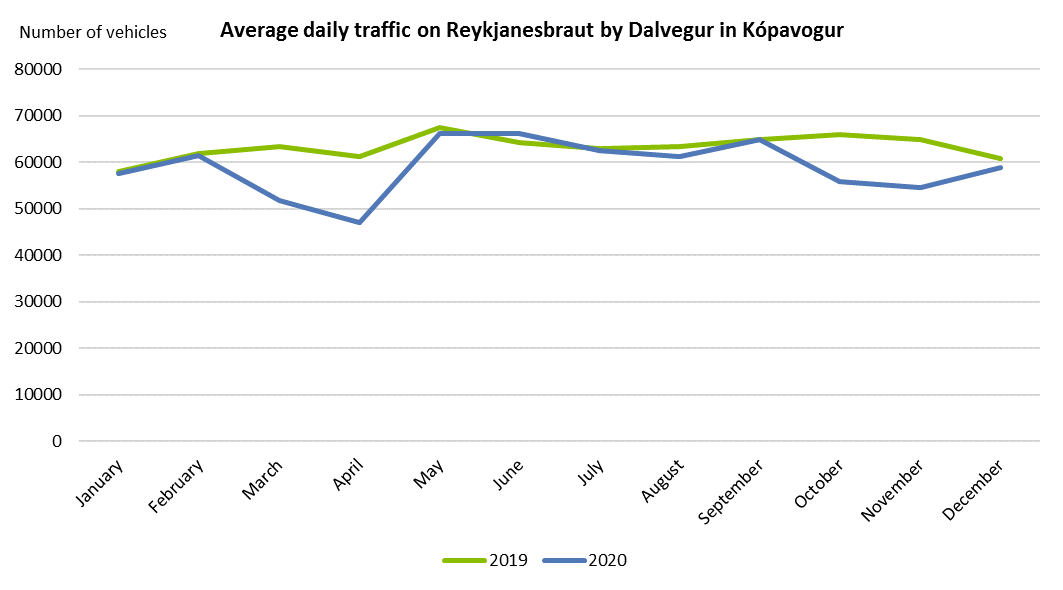 About the data
The data used comes from the Icelandic Road and Coastal Administration (IRCA) and is based on daily average traffic count for 28 sites around Iceland. These figures are relevant for measuring the activity of Icelandic society and are used in various indicators published by Statistics Iceland, among other things.