A trade deficit of ISK 15,900 million in April 2019, according to preliminary figures

In April 2019 the value of exported goods was ISK 3,700 million higher than in April 2018 or 7.8% at current exchange rate. The increase was mainly due to exports in marine products.

The value of imported goods in April 2019 was ISK 3,900 million higher than in April 2018 or 6.3% at current exchange rate, mainly due to an increase in the imports of industrial supplies.

It should be borne in mind that these are preliminary figures that may change due to regular revision. 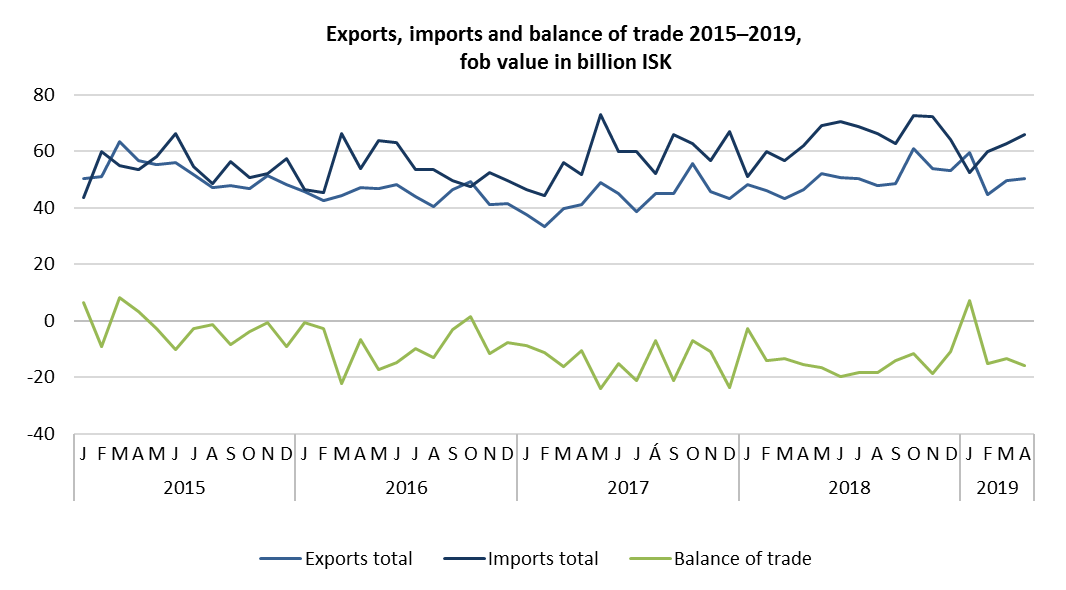