The deficit of the balance of trade in goods was ISK 96,100 million in the first ten months of 2019

Imports
The total value of imports of goods in the first ten months of 2019 was ISK 418 million lower (0.1%) than in the same period the year before, at current rates of exchange. The imports of transport equipment and fuels decreased while the imports of industrial supplies, capital goods and food and beverages increased. 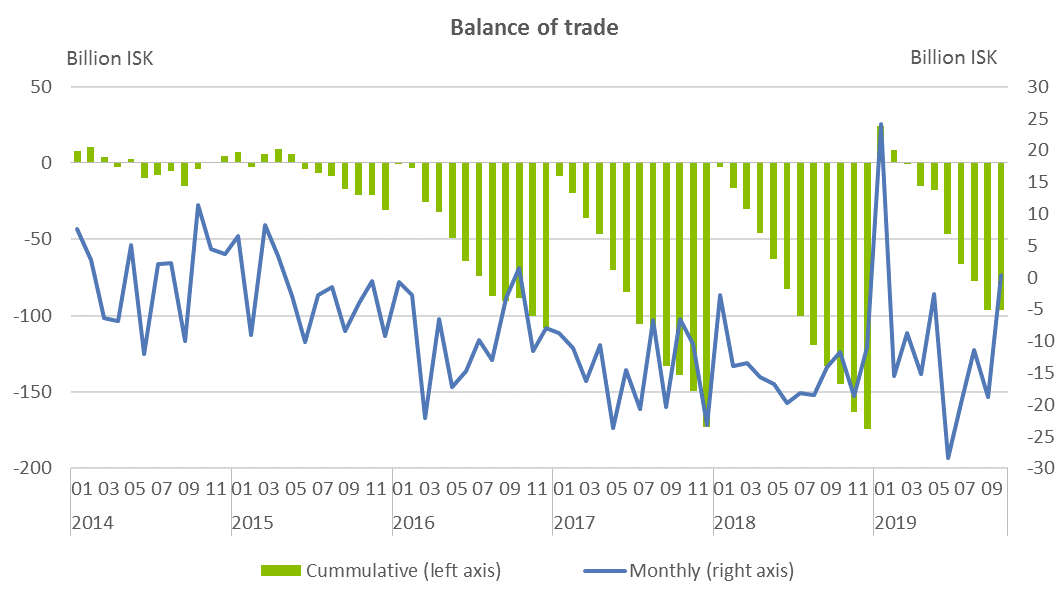