An error has been detected in the data for trade in March 2020 which was published at 9:00, 30 April 2020. The error was due to incorrect data on fisheries exports as exports dated from previous years were included in 2020 date. As a consequence, the value of fisheries exports was overestimated by 11.9 billion ISK. Tables on Statistics Iceland website have been updated.

No changes in seafood export
The total value of exports of goods in the first three months of 2020 was 25.2 billion ISK lower (14.5%) than in the same period the year before at current rates of exchange.1 This decrease in export is mainly due to transactions with ships and aircrafts in January 2019. Manufacturing products contributed 48.5% of the total exports and their value was 6.5% lower than in 2019. Marine products contributed 42.5% of total exported goods with minimal changes in value between years. 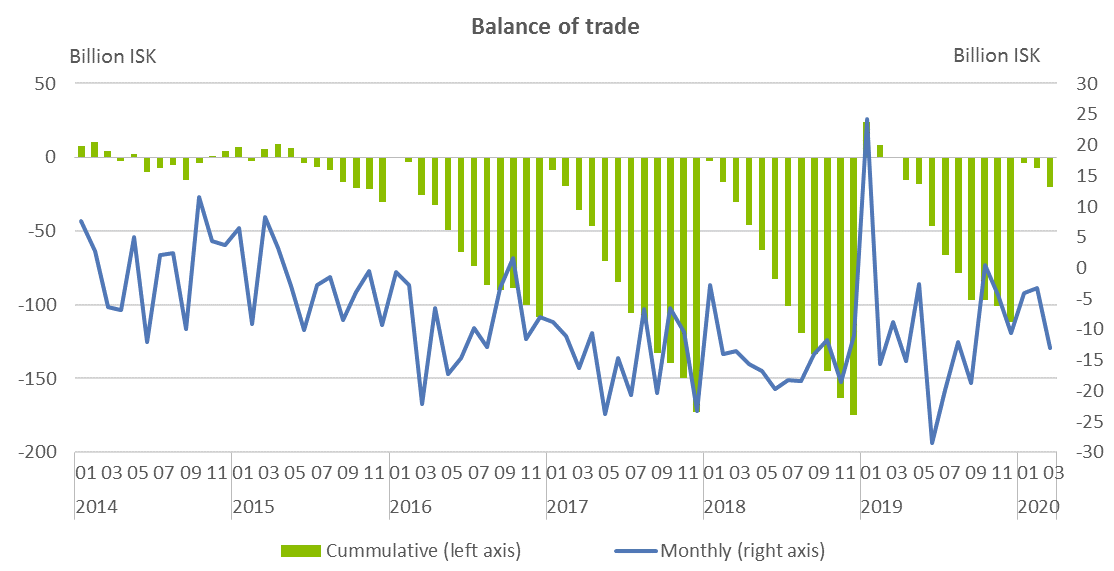 Go back
Use of this press release is free. Please quote the source.
For further information please contact externaltrade@statice.is, tel. +354 5281157