For the period May 2020 to April 2021, the total value of exported goods was 648.7 billion ISK or 34.3 billion ISK higher (5.6%) than in the 12 months prior at current rates of exchange. Manufacturing products contributed 47.5% of the total exports, increasing by 1.5%. Marine products contributed 43.4% of total exported goods and increased by 9.4% from the previous 12 months. The value of farmed fish increased by 6.2 billion (23.7%) for the same period.

In the last 12 months, the total value of imports of goods was 803.0 billion ISK, 6.7 billion ISK higher (0.8%) than in the previous 12 months at current rates of exchange. The biggest difference is increased value in industrial supplies and consumer goods and on the other hand the contraction in fuel imports and transport equipment.

It should be borne in mind that the average exchange rate index1 rose by 10.1% during this twelve-month period, while the exchange rate strengthened by 4.5% between April 2020 and 2021. 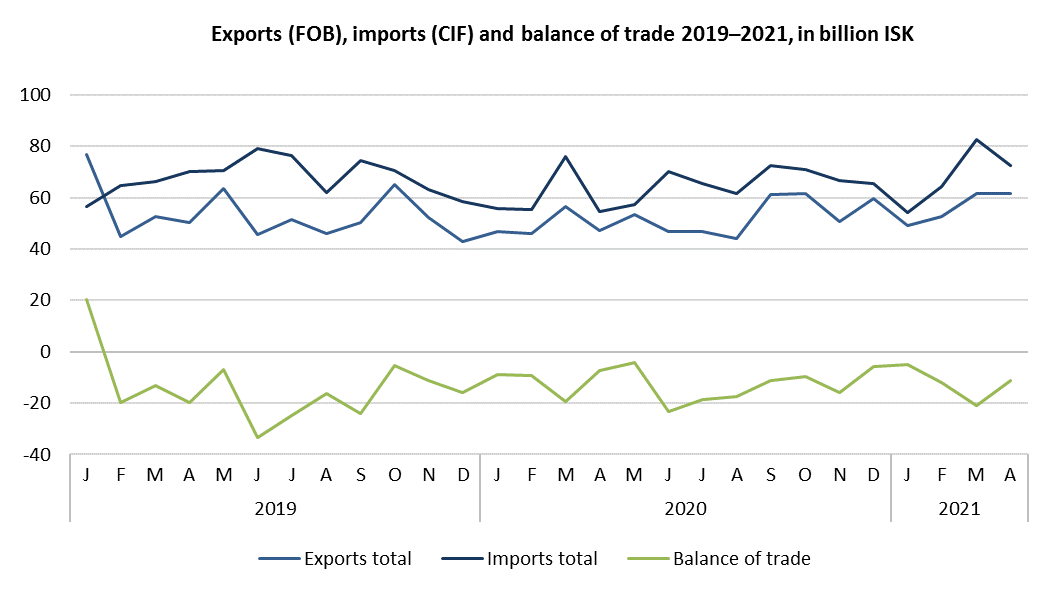 Go back
Use of this press release is free. Please quote the source.
For further information please contact externaltrade@statice.is, tel. +354 5281152