Eightfold increase in fish farming production in the last decade

There has been a significant growth in aquaculture in Iceland with fish farming production increasing eightfold in the last decade. The amount produced in 2020 was 40.6 thousand tonnes (table 1). Most of the growth has been in salmon farming where the yield has gone from 1,068 tonnes to 34,000 tonnes in 2020. 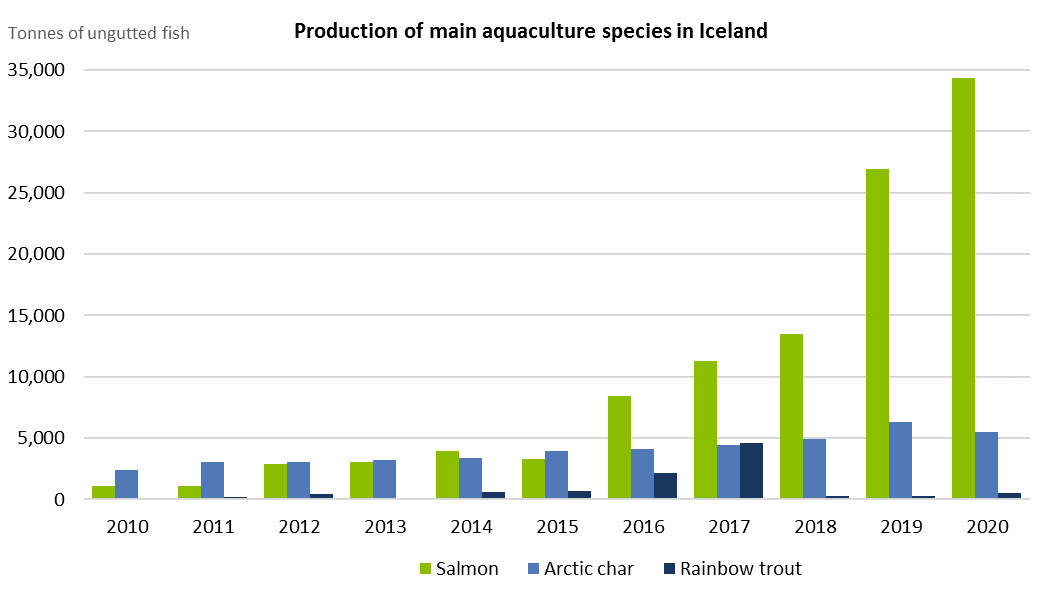 Export and comparison with other countries
The export value of farmed fish has increased alongside increase in production. About 70% of the aquaculture products have been exported in recent years (table 3). Accourding to preliminary export data, the export value of farmed salmon was 22.6 billion ISK in 2020 which was a 22% increase from 2019. The export of troutfish, arctic char and rainbow trout has been around 3-5 thousand tonnes in recent years and on average 70% of the production has been exported. The export value of trouts in 2020 was 5.5 billion ISK, 9.6% increase from the previous year.

Go back
Use of this press release is free. Please quote the source.
For further information please contact fiskitolur@statice.is, tel. +354 528 1260