The number of fishing vessels increased by 35 in 2012 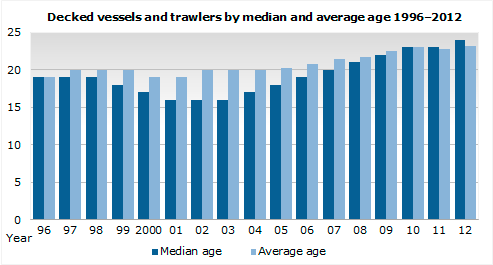