The total catch of Icelandic vessels was 1,048 thousand tonnes in the year 2019 which, according to preliminary data, is 211 thousand tonnes less than in 2018. The catch value was around 145 billion ISK which is 17 billion more than in the previous year. Cod catch received around 70 billion ISK which is 21.8% more than in 2018. For other demersal species the value of catch increased significantly. The catch of pelagic species was less mostly due to no capelin being landed in 2019. 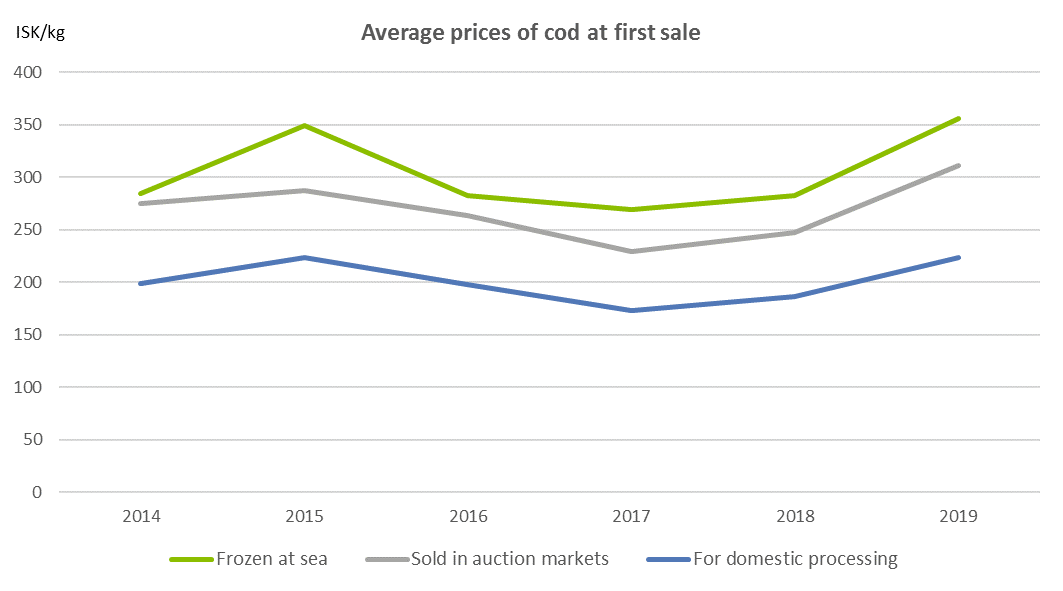 Non-Icelandic vessels landed about 53 thousand tonnes tonnes in Iceland in 2019, 59% less than the year before which is mostly because no capelin was caught or landed. The value of catch from foreign vessels was 6.4 billion ISK which is 34% less than in 2018. The catch was mostly shrimp, 4.3 billions ISK, blue whiting for 1.3 billion ISK and cod valued at 577 billion ISK. About 74% of foreign catch was landed directly for domestic processing, 25% was frozen at sea and less than 1% went to auction markets.

Go back
Use of this press release is free. Please quote the source.
For further information please contact fiskitolur@statice.is, tel. +354 528 1260