The European Health Interview Survey (EHIS) suggests that people in Iceland drink less frequently than people in the other Nordic countries.

Figure 1 shows the distribution of responses for the countries that participated in the EHIS. The countries are ordered by the cumulative frequency of people drinking every week or every day. 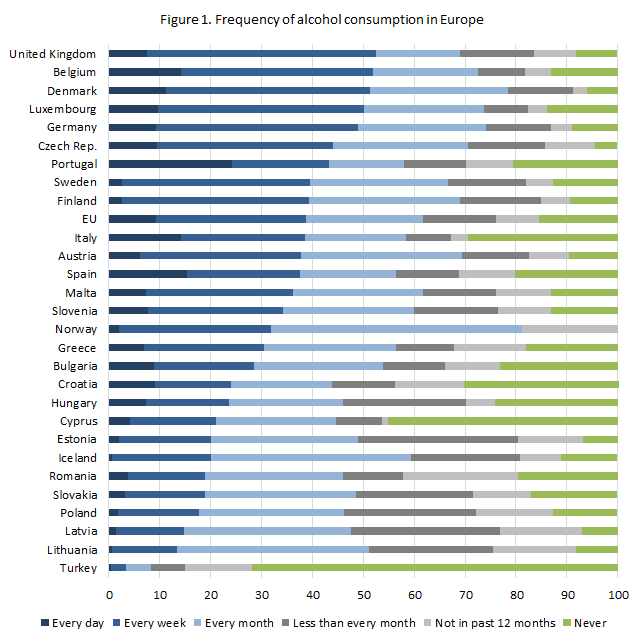 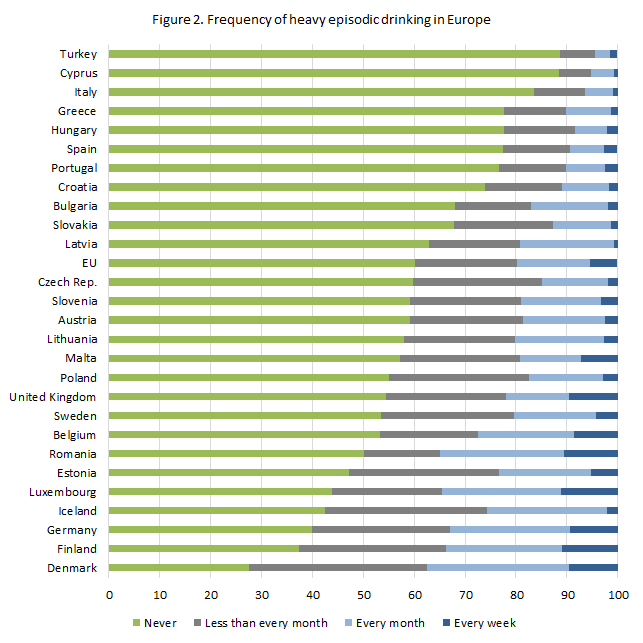 Figures for within population differences in Iceland can be found in tables on the Statistics Iceland’s web.

About the European Health Interview Survey
Health interview surveys offer comprehensive data on the health status of a population and health-related topics based on answers by respondents of a representative sample of the population. The Icelandic survey was collected in autumn 2015. The sample consisted of 5,700 individuals drawn randomly from the population registry. This yielded responses from 4,001 persons, a response rate of 70.2%.