Life expectancy in Iceland one of the highest in Europe

During the past 30 years, life expectancy in Iceland has increased by six and four years for men and women respectively. 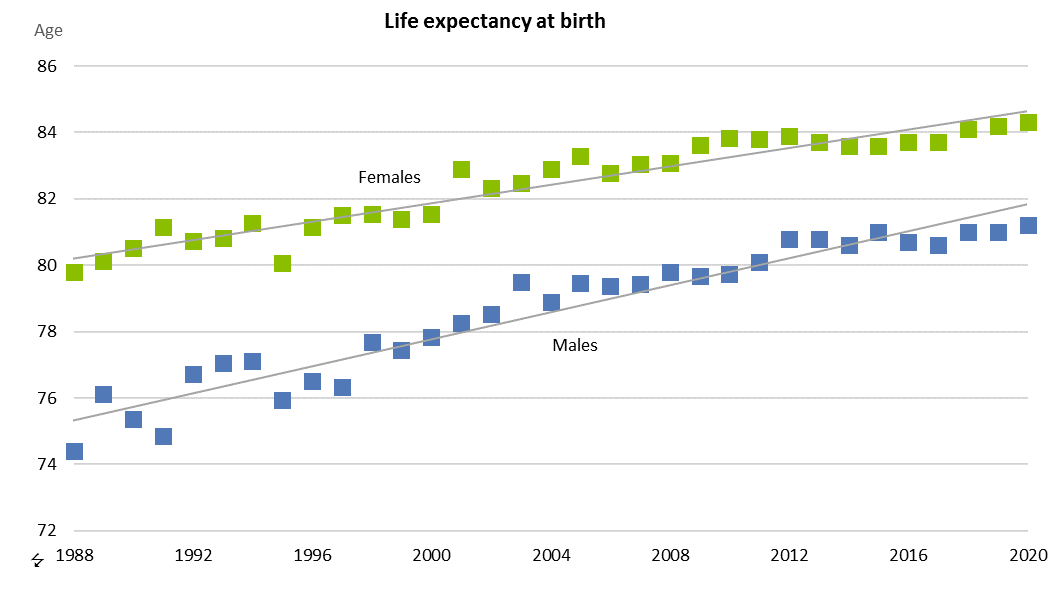 Looking only at the last two years, 2019 and 2020, and attempting to assess the impact that Covid-19 has had on mortality and thus life expectancy, it appears that Liechtenstein has been the worst affected by the epidemic, where the lifespan was shortened by 2.4 years. It is followed by Spain (1.6), Bulgaria (1.5) and Lithuania, Poland and Romania, where life expectancy was shortened by 1.4 years. The country that seems to have recovered best from the epidemic is Norway where the life expectancy between 2019 and 2020 extended by 0.3 years. It was followed by Finland and Denmark (0.1), and Latvia and Cyprus where life expectancy remained the same between years. According to this list, Iceland is in 6th place among the countries that seem to have recovered best from the epidemic, but it should be noted that data has not yet been received from Germany, the United Kingdom and Turkey, along with sixteen other European nations.

Influenza and measles epidemics from 1843 to 1920 and the Covid-19 epidemic in comparison
Patterns regarding older epidemics in Iceland can be observed when looking at mortality by age for longer time periods. Figure 2 shows the mortality rate by age for the years 1841-2020. During that period the mortality rate of children declined dramatically and the overall life expectancy increased. The darker the pixels are in the figure the higher the mortality rate. The decreased child mortality rate during the period is clearly observed by the fact that the colour becomes brighter as the time axis moves nearer to present time. Various big epidemics can be seen in the dark vertical columns, e.g. the influenza epidemic of 1843, 1862, 1866 and 1894, a measles epidemic that influenced younger age groups heavily in 1882 and finally the Spanish flu in 1918. The Covid-19 is not detectable as an epidemic for the year 2020 in figure 2. 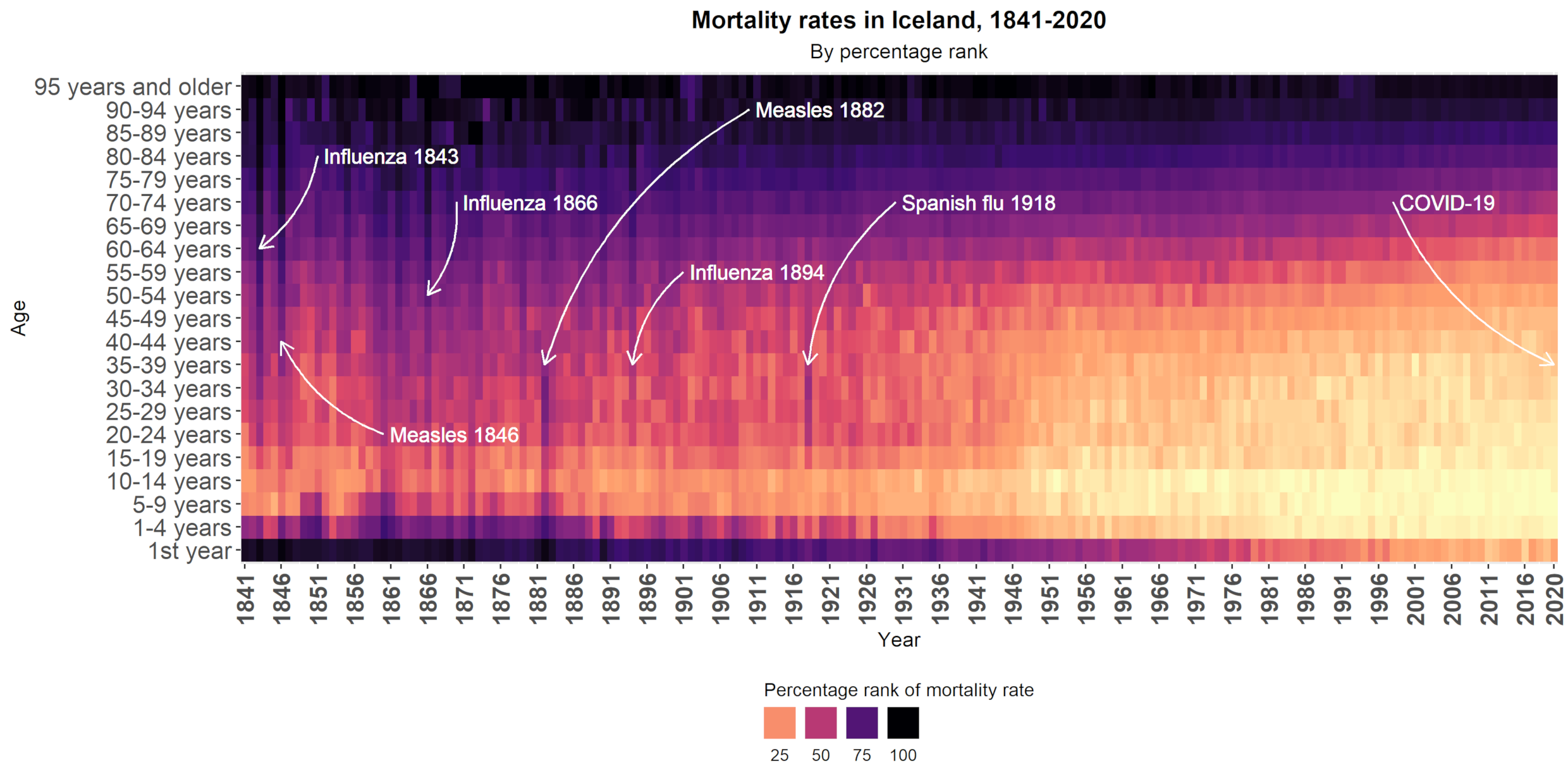 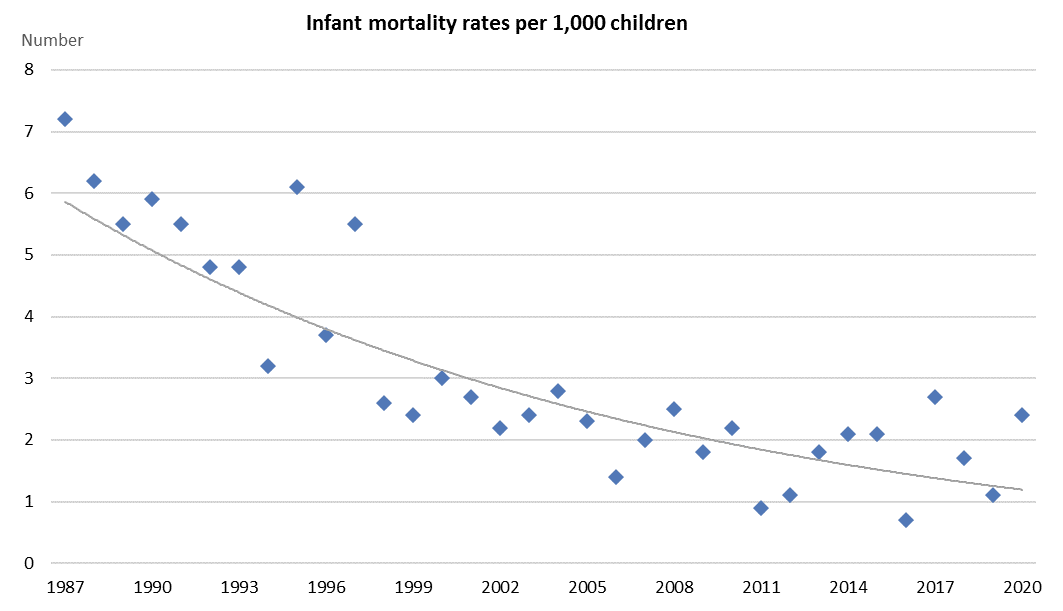 About the data
The ten year average values for life expectancy and mortality rates are based on a Eurostat database. Excluded are data from Andorra, Moldova, Russia and San Marino, due to the fact that information is missing for the majority of the examined period.