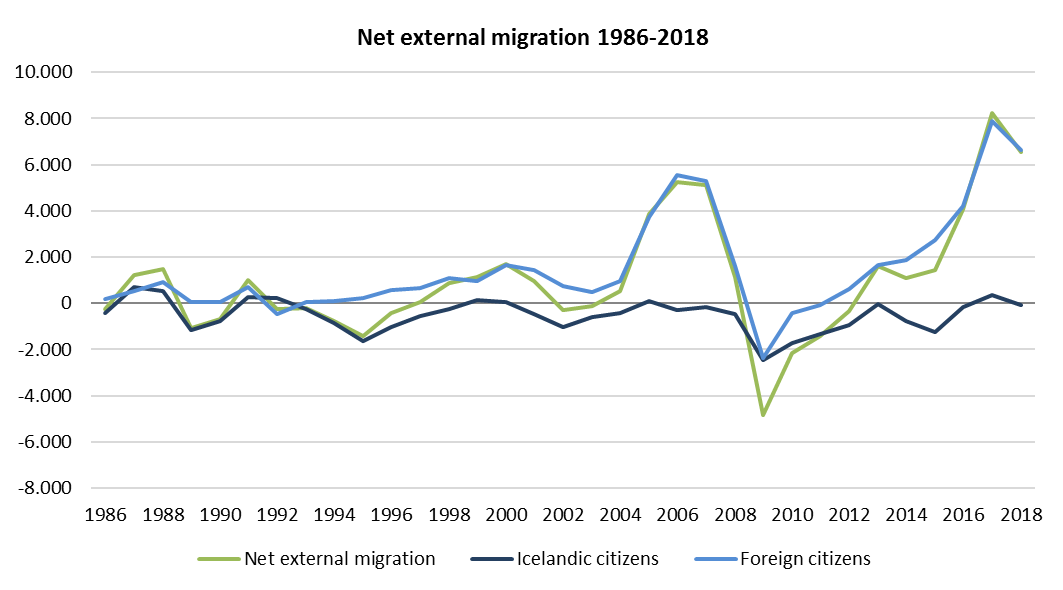 Most of the foreign citizens emigrating from Iceland migrated to Poland, or 1,682 out of 4,916. Poland was also the largest contributor of immigrants with foreign citizenship, 3,797 persons out of 11,537 foreign immigrants.

Most foreign citizens from Poland
From the year 1996, the highest number of foreign immigrants to Iceland were Polish citizens, with the exception of the year 2004, when Portuguese citizens where most numerous. In 2018, 3,897 people with Polish citizenship immigrated to Iceland, and Polish citizens were also the largest group of foreign nationals to emigrate from Iceland in 2018, or 1,707.