Aron and Emilía the most common names for newborns 2018

Birthdays in the summer months more common
Birthdays in Iceland are not evenly spread over the year and fewer persons are born in the winter from October to March than other months. Most people celebrate their birthday on 27 September (1,123) while, apart from 29 February with 217 persons in the population as of 1 January 2019 born on that day, Christmas Day had the fewest birthday celebrators (724). 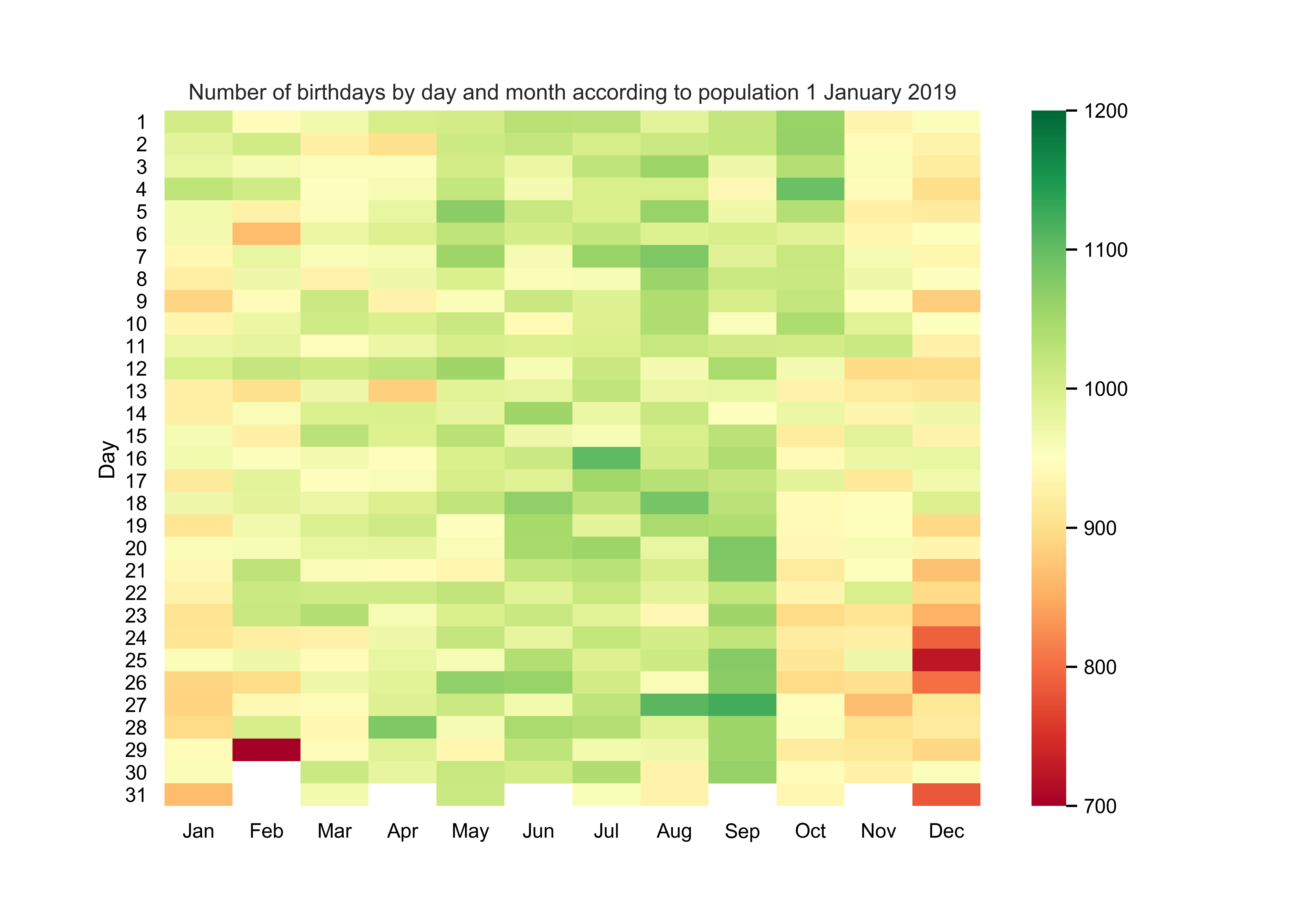 About the data
The results are processed on the basis of registrations in the National Registry at the beginning of 2019. From 1991 the place of birth is defined as the legal domicile of the mother but before that it was based on the region in which the mother gave birth to the child.