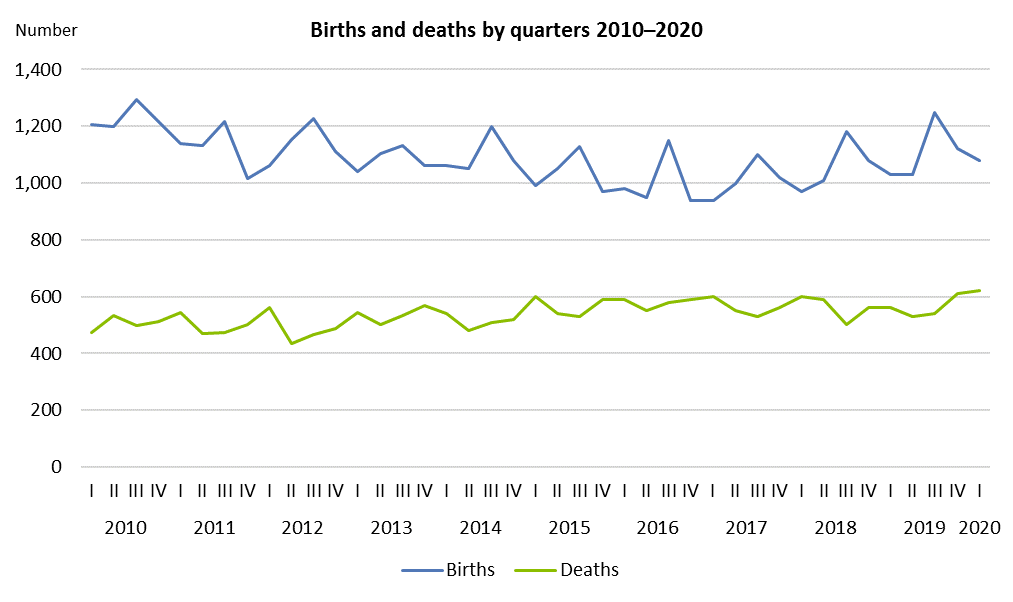 A total of 1,080 children were born in the 1st quarter and 620 persons died. Net migration was 1,410 persons. Net migration of persons with Icelandic citizenship was negative by 40. Among foreign citizens, net migration was positive by 1,450. More males than females emigrated.

All numbers are rounded. When greater than 50 to the next 10 and to the next 5 when 50 or less. Due to the rounding, figures may not add up to totals and subtotals.