The population increased by 560 in the second quarter of 2020 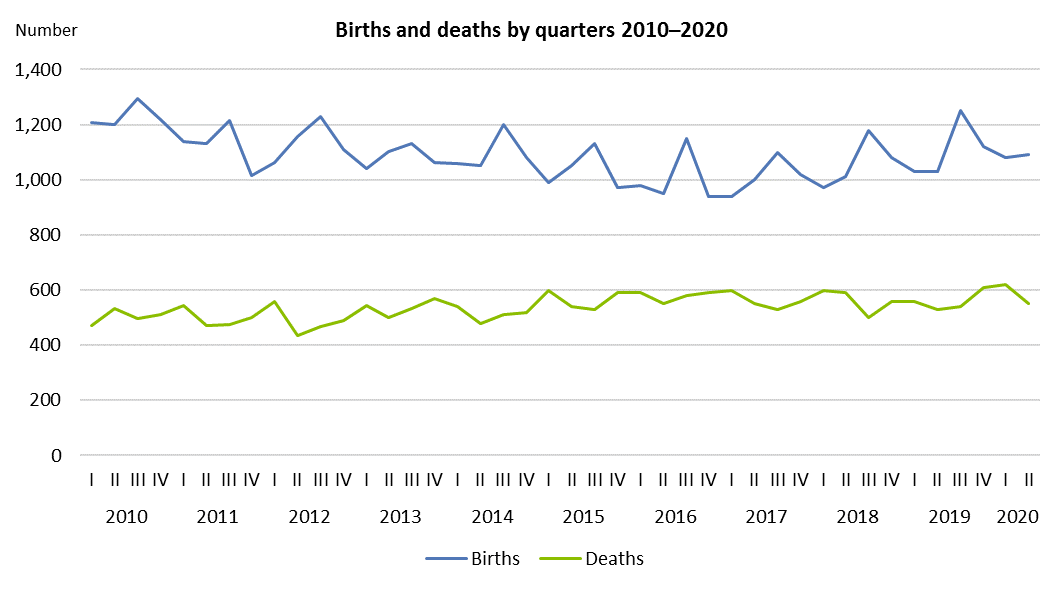