Population in the 2nd quarter 2021: Increase in birth numbers 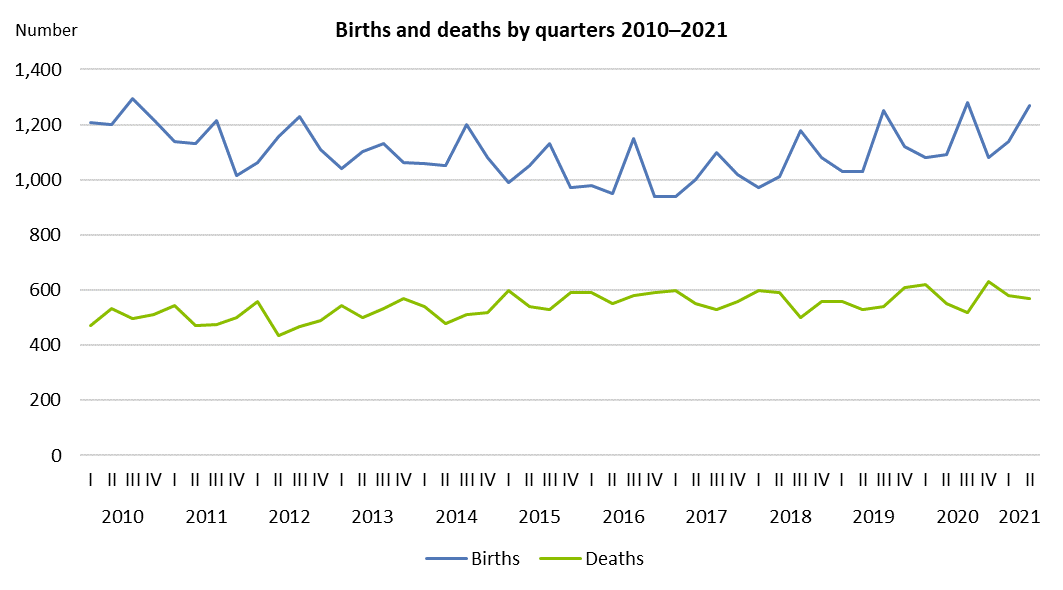 Immigrants of Icelandic citizenship came mostly from Denmark, Norway or Sweden, 460 out of 630, while Poland was the country of origin for most of the foreign immigrants, 430 out of 1,860. Romania came second with 150 immigrants. Foreign citizens were 52,010 (14% of the total population in Iceland) by the end of the 2nd quarter 2021.