Inhabitants in Iceland will be 434 thousand in 2068

Statistics Iceland has published national projections for 2019–2068 describing the size and structure of the future population. The forecast is based on statistical models for migration, fertility and mortality. 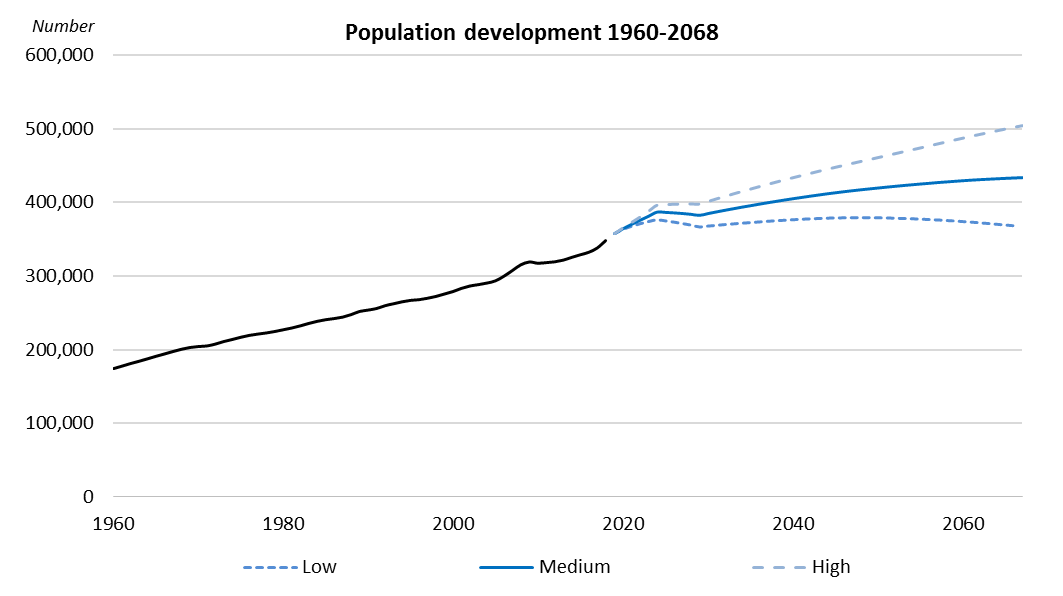 Population structure presented by age pyramids in figure 2 is predicted to change as follows: • By 2035, 20% of the population will be older than 65 years and by 2055 the proportion will be over 25%. • After 2046, the older age population (over 65 years) will become more numerous than the younger (less than 20 years old). 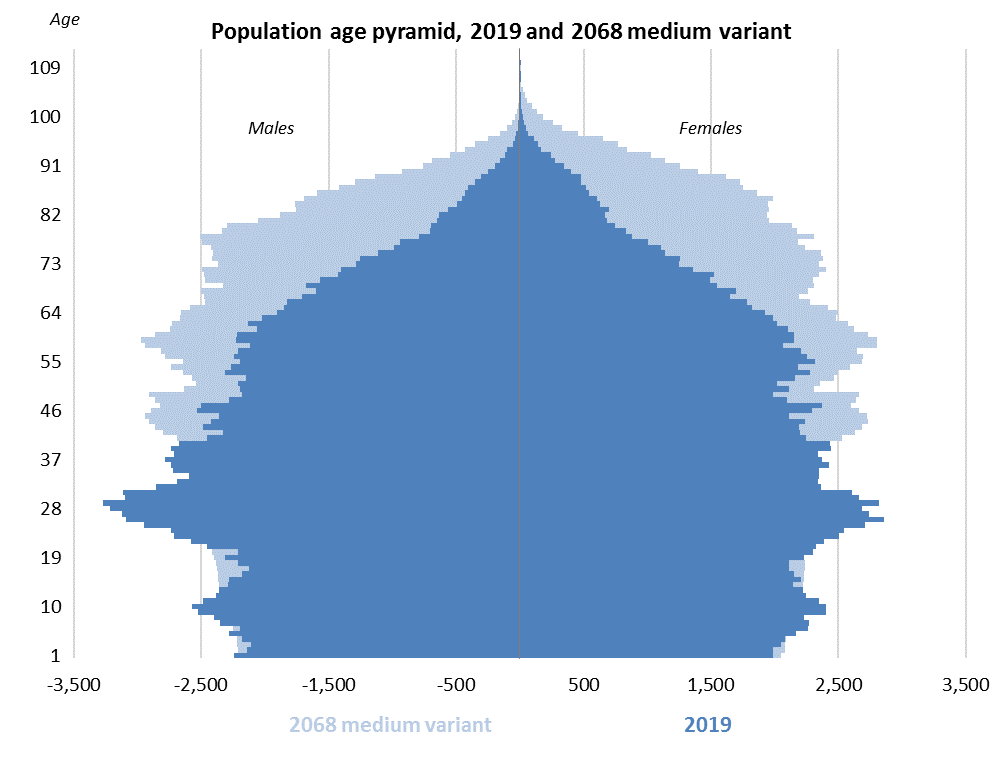