Approximately 2,800 jobs were vacant in the fourth quarter of 2020 according to the results of Statistics Iceland’s Job Vacancy Survey. At the same time the number of jobs on the Icelandic labour market was estimated to be 203,900 resulting in a 1.3% job vacancy rate.

Comparison with 2019 shows that there were 300 more vacant jobs than in the fourth quarter of 2019 and 12,900 fewer jobs in total. As a result, the job vacancy rate increased by 0.1 percentage points between years.

Changes in breakdown of tourism industry and related activities in Iceland The classification of entities where the main activity consists of operations of spas and ground baths has been harmonised so these establishments are now classified with the economic activity 96.04.0 along with massage parlours, tanning salons and saunas. Along with these changes, changes were made to the classification of the tourism industry and related activities in Iceland.

Dissemination of statistics on the tourism industry has until now followed Eurostat definition. However, specific industries in Iceland that make most of their income from the travel industry fall outside Eurostat definition. To reflect accurately the development of the tourism industry in Iceland, Statistic Iceland will from now on also include the economic activities 55.23.0 – Service activities shipping by air and 96.04.0 – Physical well-being activities.

Previously disseminated statistics from the Icelandic Job Vacancy Survey has been updated back to the first quarter of 2019 in consistency with the new classification of the tourism industry in Iceland. The results from the Job Vacancy Survey are weighted by sampling probability, economic activity and size of enterprises. Due to the changes in classification and updates in weights, already published statistics have been reviewed. The review resulted in minor changes in previously published statistics. 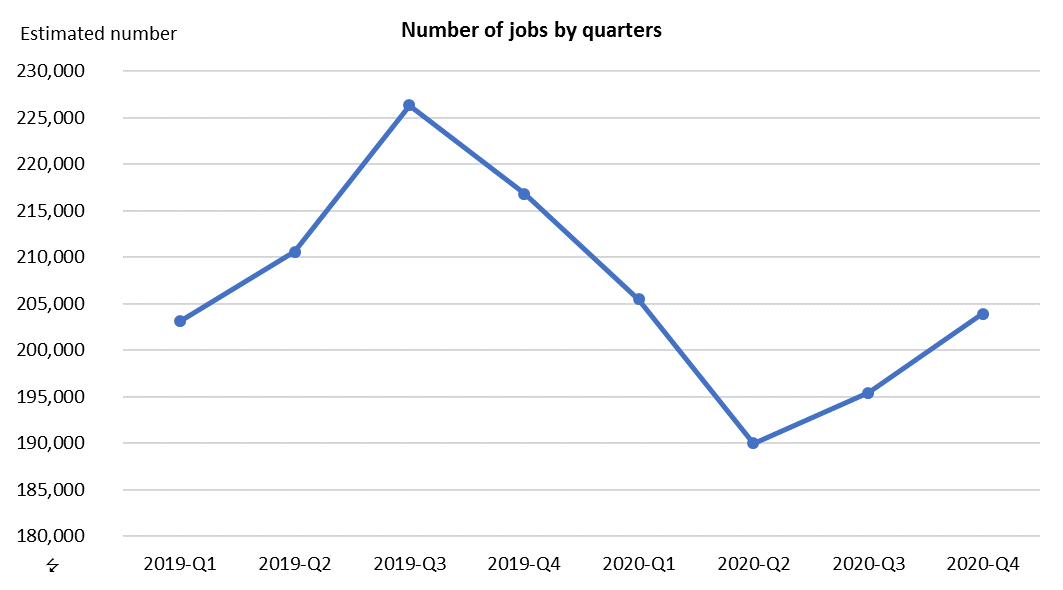 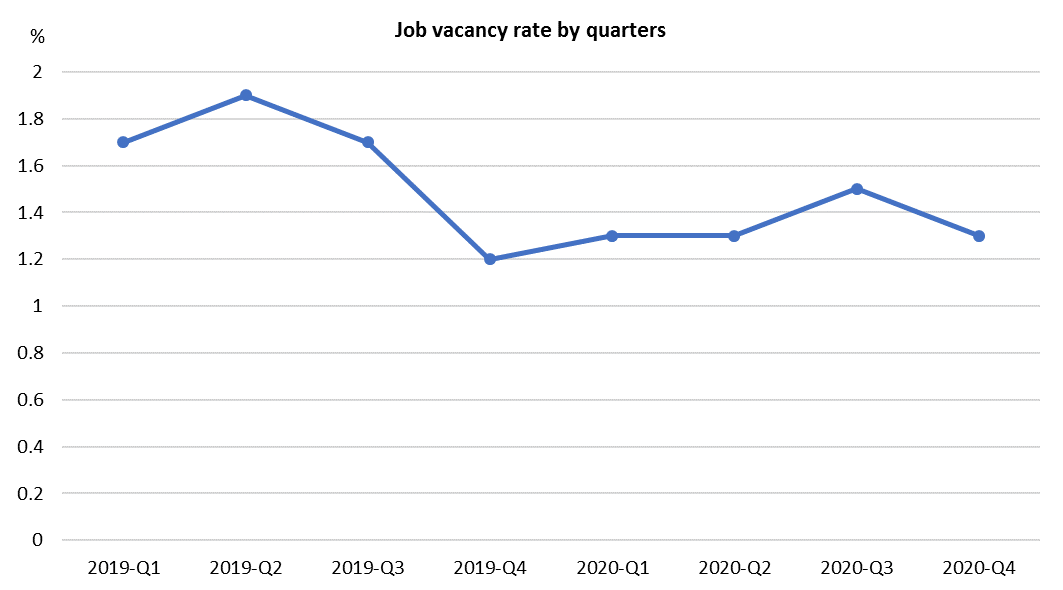