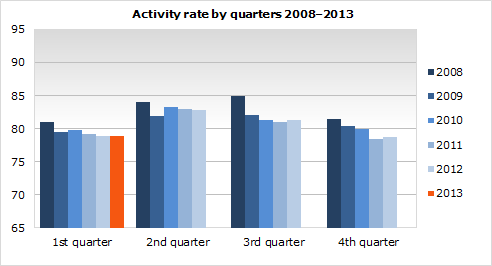 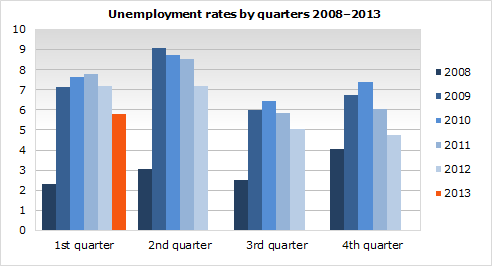 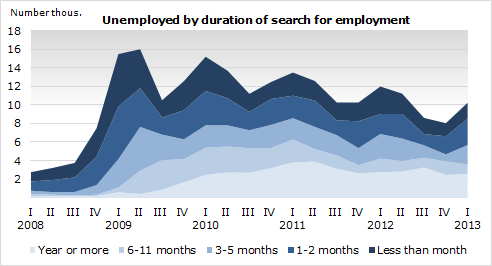 Implementation of the Labour Force Survey
The 1st quarter of 2013 covers 13 weeks, from 31st of December 2012 to 31st of March 2013. The total sample size was 3,927 persons aged 16–74 years old selected randomly from the National registry. When those who had passed away or those who were living abroad had been deducted from the sample the net sample was 3,839 persons. In total the number of usable answers was 3,126 which correspond to 81.4% response rate. All figures have been weighted by sex and age groups. The confidence limit of the results on activity rate is ±1.3%, employment rate is ±1.4%, unemployment rate is ±0.9% and working hours is ±0.7 hours.