Reduction in the number of employed persons in January and February

These are among the results found in the updated figures on the labour force based on counts from pay-as-you-earn data. The majority of those who worked in the Icelandic labour market, aged between 16-74 years in January and February 2020, were of Icelandic origin, or 154,287 (81.1%), whereas 35,854 (18.9%) were immigrants.

The following maps show the distribution of immigrants and workers in sectors associated with tourism for the year 2019. In that period, the geographic areas with the highest proportion of immigrants were Central Reykjavík, Breiðholt and Reykjanes. Immigrants comprised between 30-38% in these areas.

In 2019, Central Reykjavík and South-East Iceland had the highest proportion nationwide of workers working in professions associated with tourism. 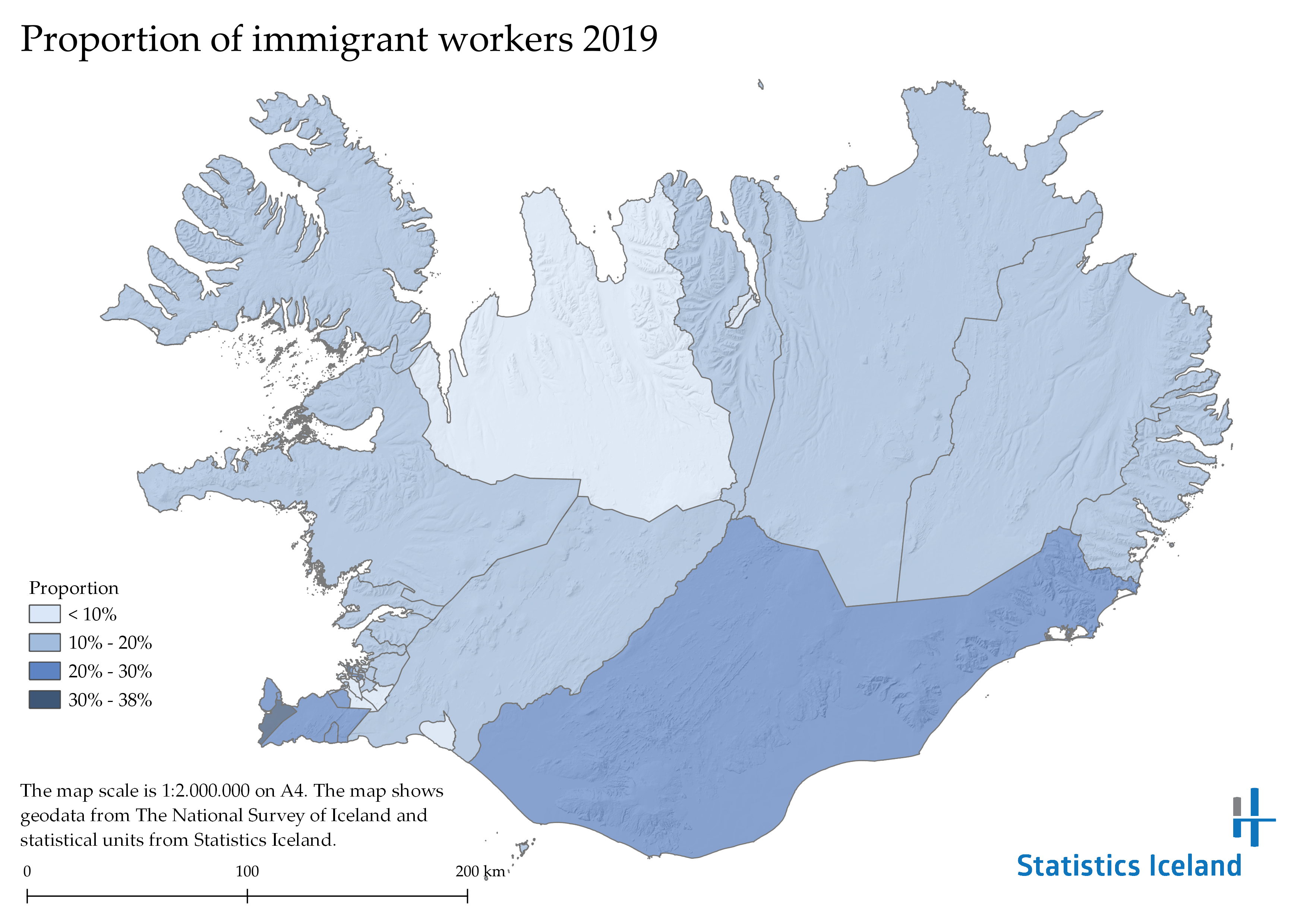 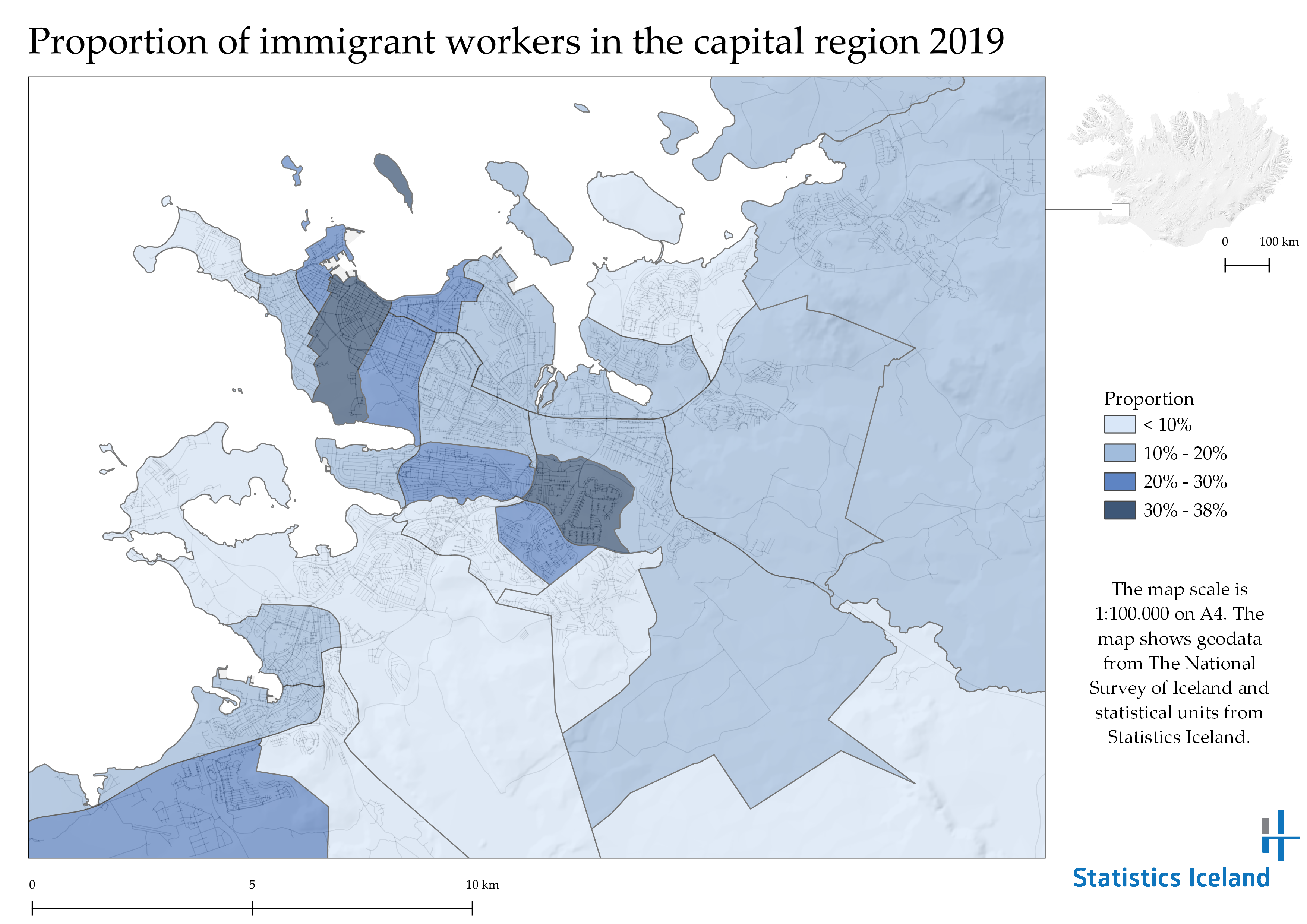 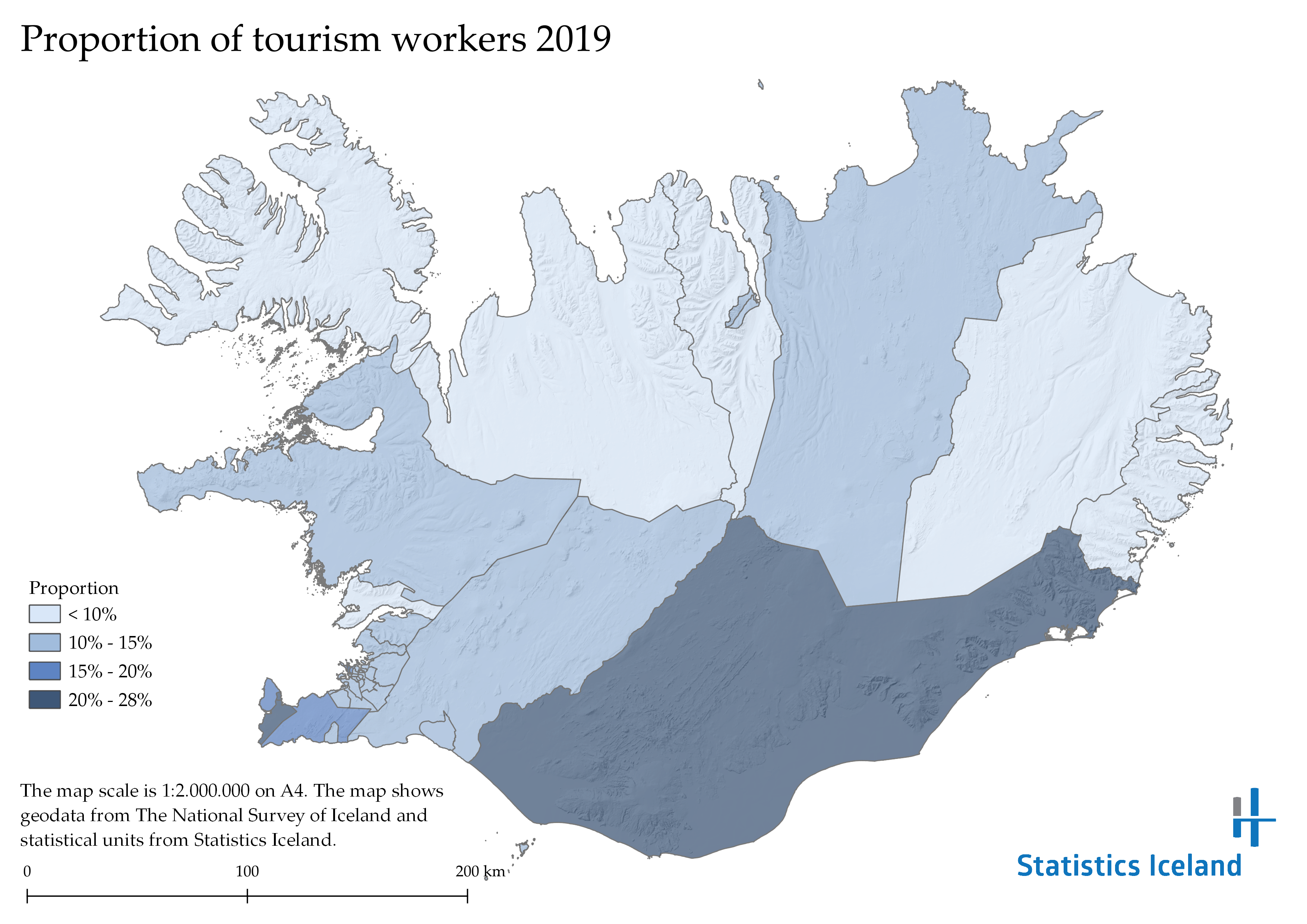 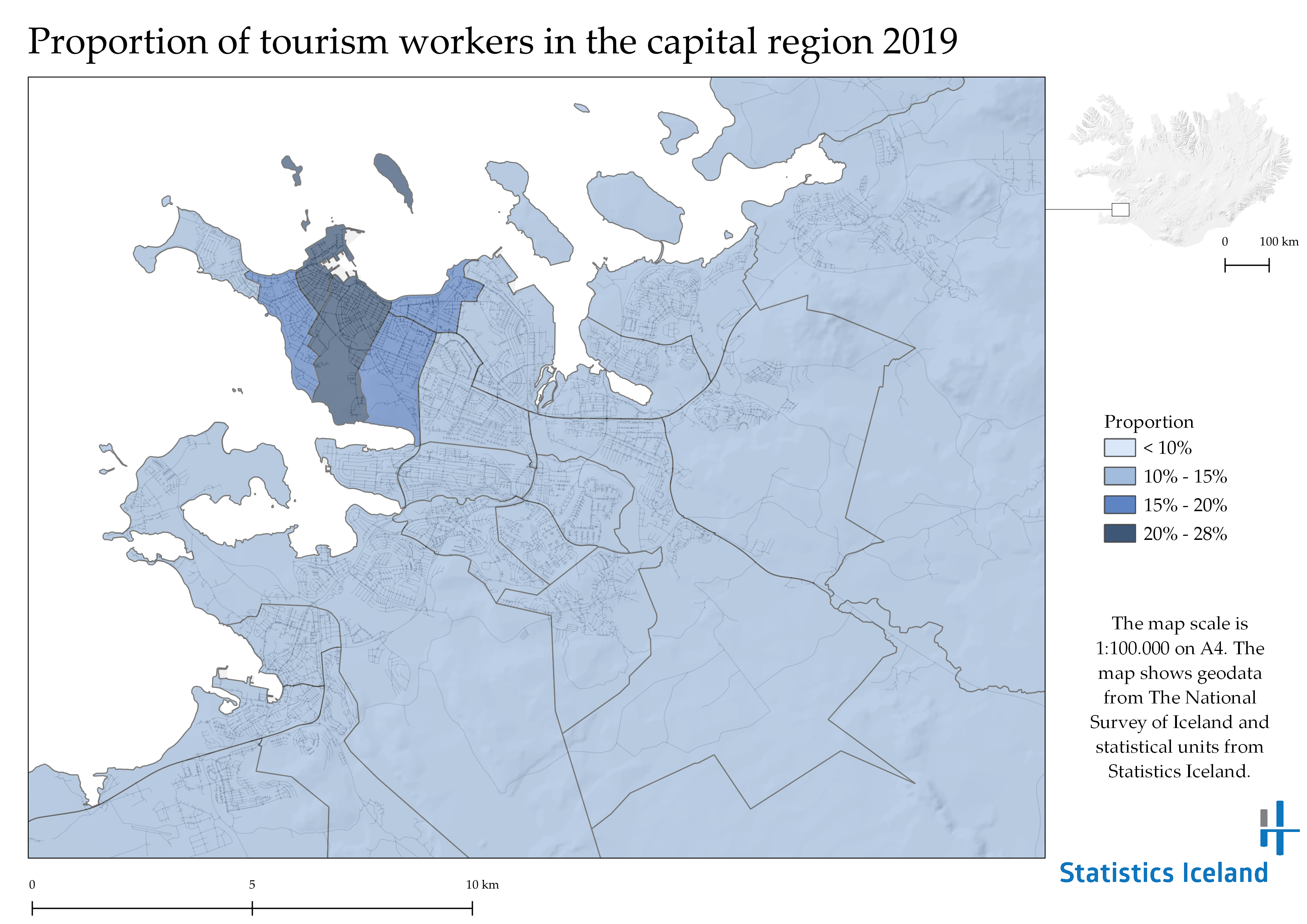 About the data
Register-based employment figures are counts of individuals based on monthly pay-as-you-earn data and demographic data. The pay-as-you-earn data are based on information from the Directorate of Internal Revenue regarding income tax including presumptive employment income, in accordance with the Act on Taxes, No 45/1987. The data has been enriched with other information so that it can be utilized for statistical purposes, for example in order to distinguish taxed wages and salaries from other taxed income.

As the aim is to count those truly employed (rather than all individuals with taxable income), being in employment is defined as having received taxed wages equivalent to at least one hour of work per week. This is in line with the definition of employment used by the International Labour Organization (ILO). Also counted, are persons who are on parental leave and self-employed paying taxes based on presumptive employment income during the time-period.

A person is considered a non-national or immigrant if born abroad, with both parents and both grandparents born abroad, according to Statistics Iceland´s definition. Others are considered as having an Icelandic background.