In the first quarter of 2019, 81% of the population on average was considered active on the labour market, 205,700 people on average. Of these, 6,200 people were considered unemployed, or 3.0%. At the same time, about 3,500 jobs were available on the Icelandic labor market, according to Statistics Iceland's job registration, or about 1.5% of jobs, according to previously published figures. The number of unemployed people are therefore twice as many as the number of vacant job positions. 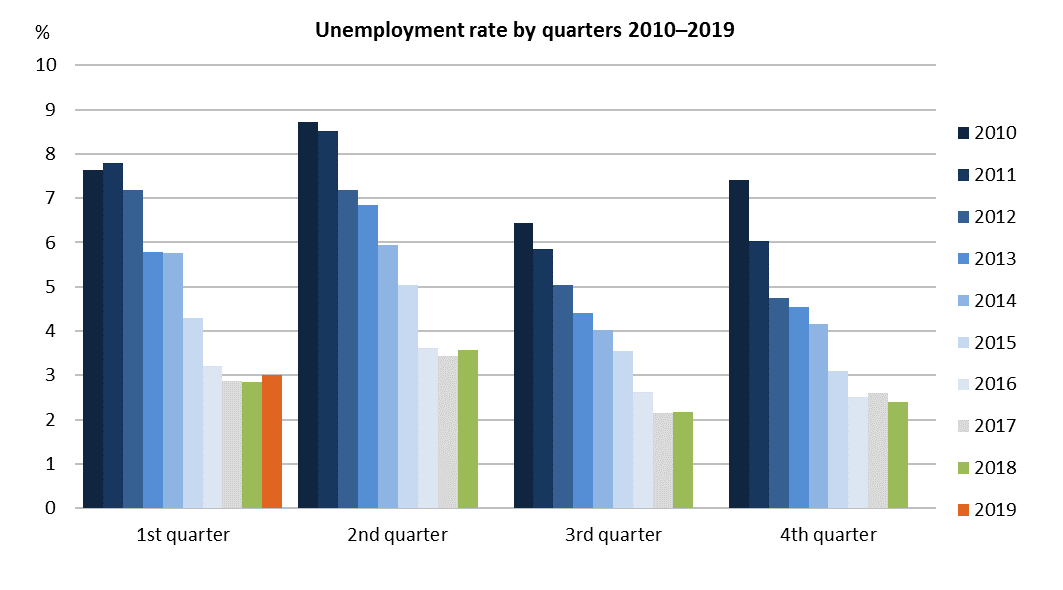 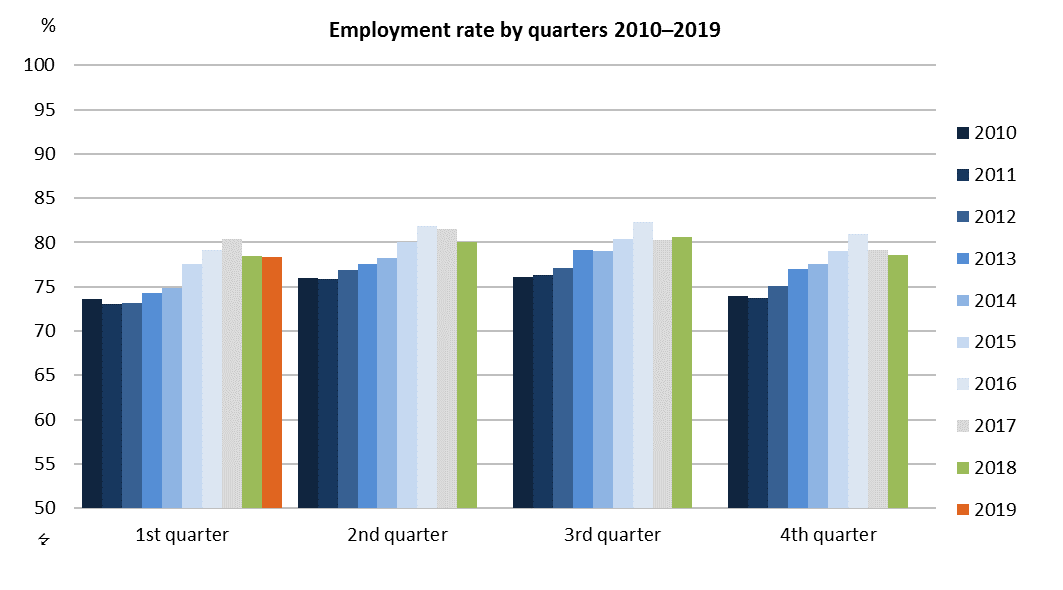 Hours worked weekly
In the first quarter of 2019, 183,100 people aged 16-74 were at work on average during the reference week and the average total number of hours worked per week was 38.8 hours. However, those who worked full-time worked considerably more or 44 hours on average during the reference week, while the average number of working hours for people working part-time was about 22.6 hours.

About the data
It should be noted that it is not to be expected that the impact of shocks in the tourism sector, group dismissals and strikes that occurred at the end of the quarter in connection with collective agreements will be reflected in these figures. The data collection of the Labor Force Survey ended on March 31, a few days after the declared bankruptcy of WOW air, and the reference date for the Job Vacancy Survey was February 15. The acquisition of the data on which these figures are based therefore falls outside the period during which these events took place in the labor market.