Unemployment 4.4% in the 2nd quarter

About 44,000 persons were considered inactive in the first quarter of 2019. The majority of people in this group, or 13,700 persons (31.5%), defined themselves as retired. The second largest group define themselves as disabled about 9,800 persons or 22.2% of all inactive. 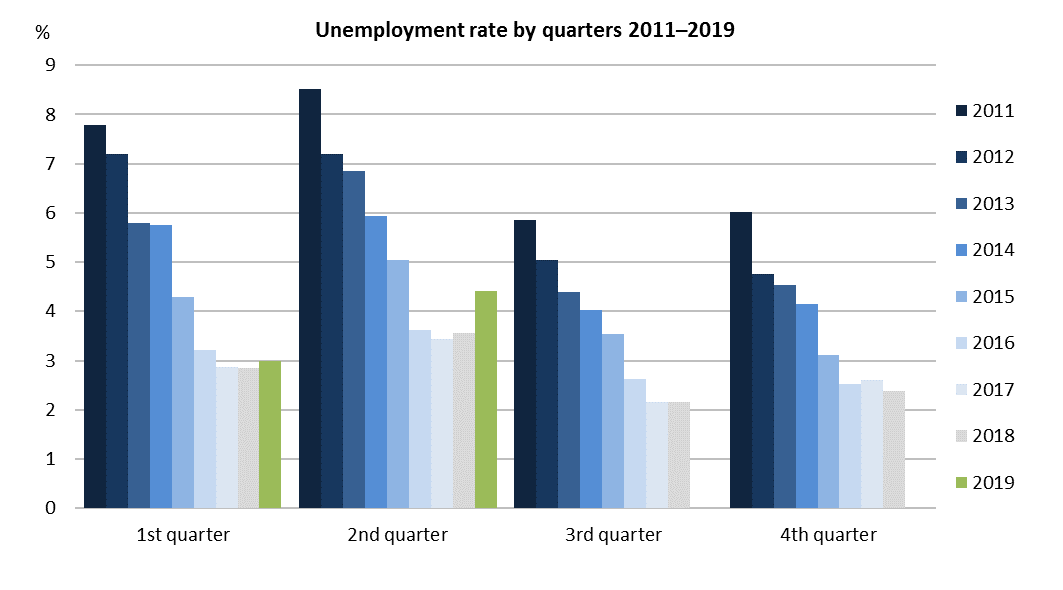 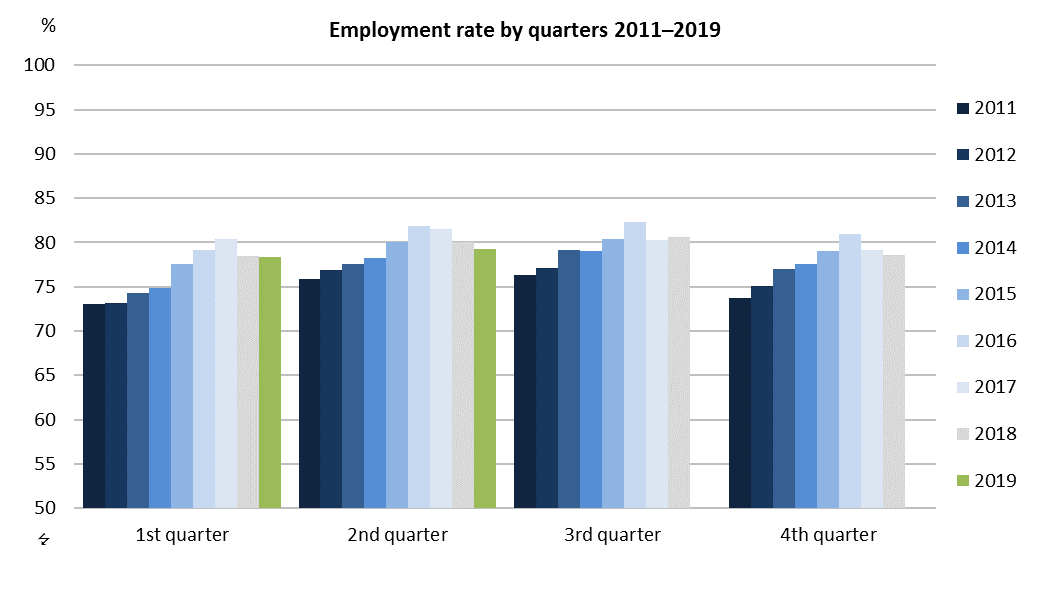 Hours worked weekly
In the 2nd quarter of 2019, 184,500 persons aged 16-74 were at work on average during the reference week and the average total number of hours worked per week was 39.7 hours. However, those who worked full-time worked considerably more or 43 hours on average during the reference week, while the average number of working hours for persons working part-time was about 25.9 hours.