The average number of persons in the labour force was 206,400 in the 4th quarter of 2019 according to the Icelandic Labour Force Survey, or 79.6% of the population. Of these, 6,800 persons were unemployed, or 3.3%. At the same time, about 2,500 jobs were available on the Icelandic labour market, according to Statistics Iceland’s job vacancy survey, or about 1.1% of jobs, according to previously published figures. In comparison 4,900 persons were unemployed in 4th quarter of 2018 which means that unemployment has increased by 0.9 percentage points over the period. 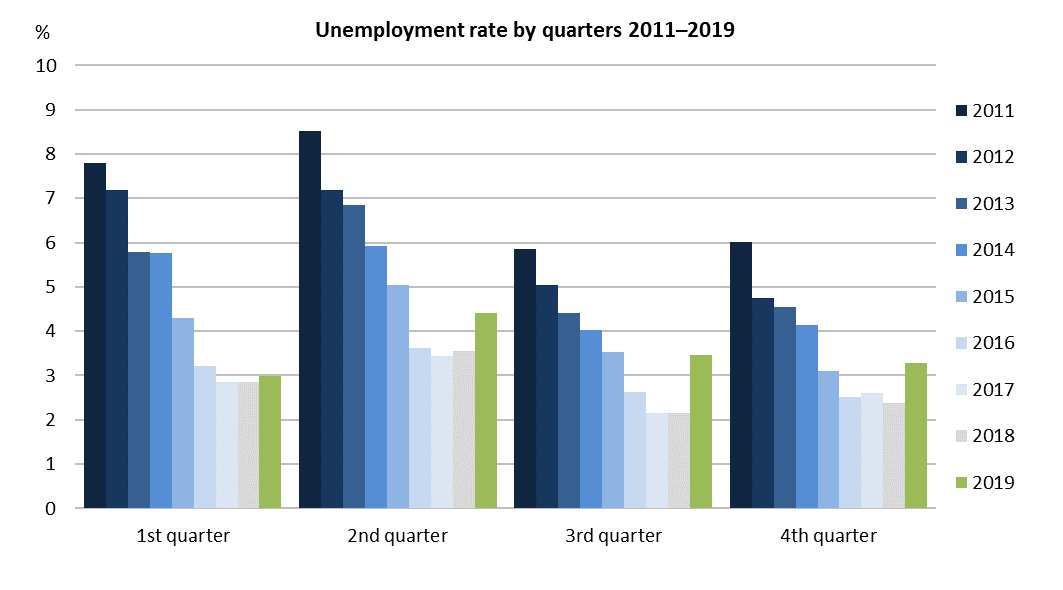 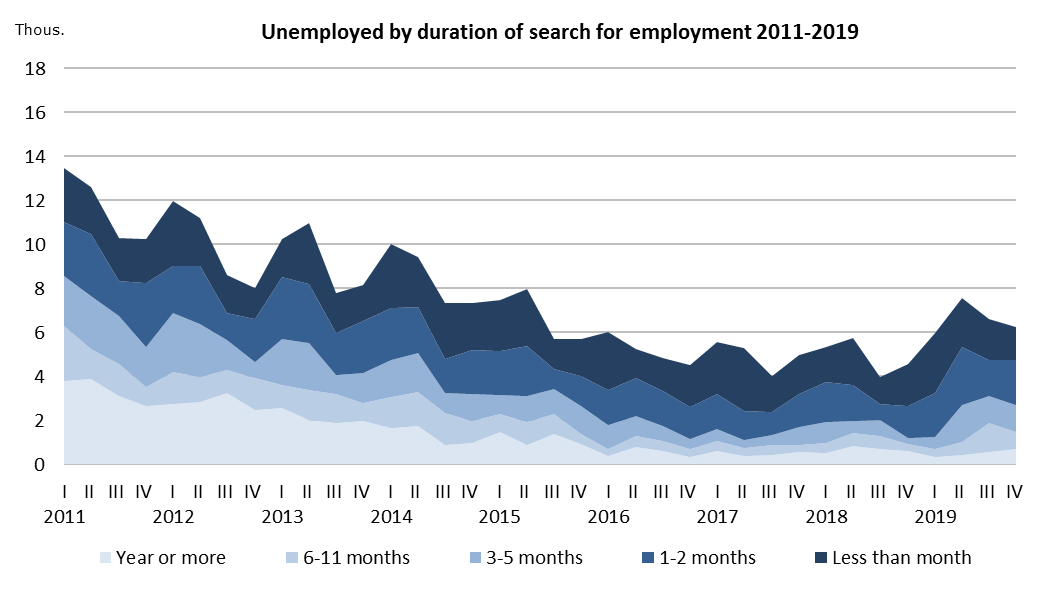 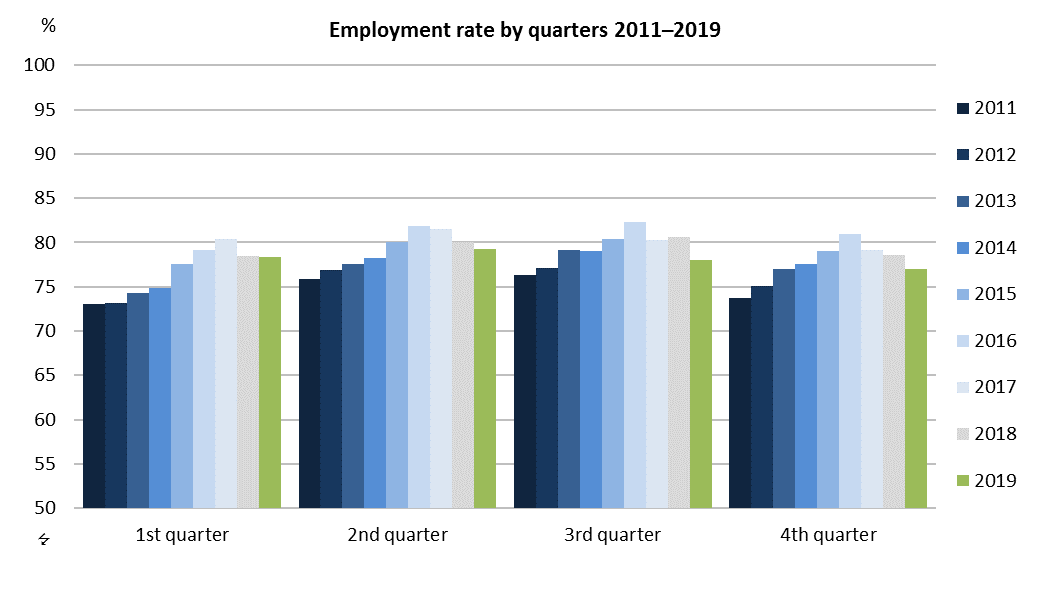 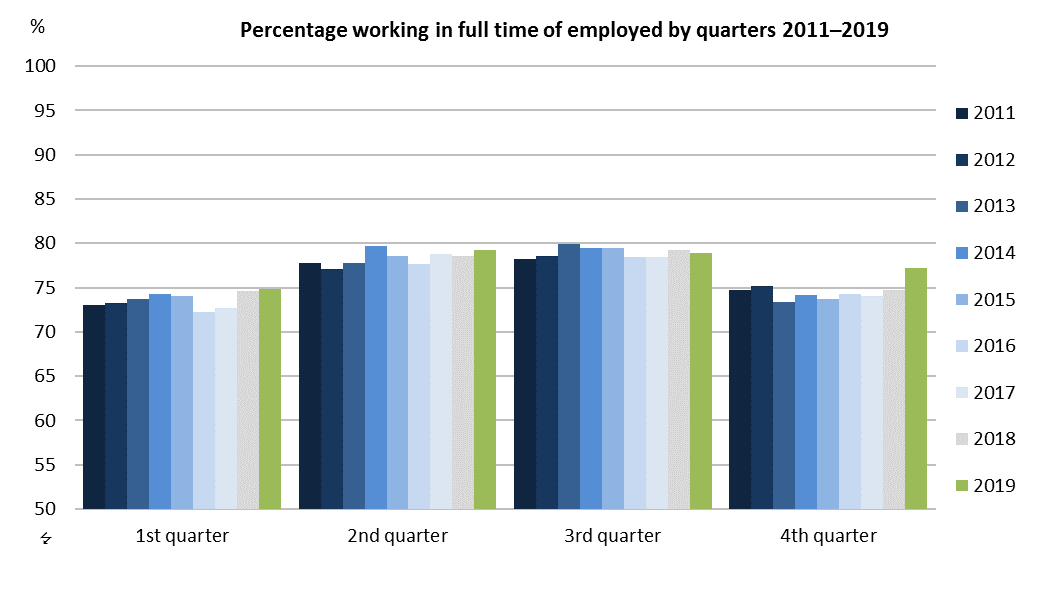