Seasonally adjusted unemployment trends have been steady in recent quarters. A slight upward trend is seen over the past six months, or from 3.6% in July to 3.8% in December. The employment rate ratio has also been stable when looking at the last six months.

All counts are rounded to the nearest hundred. 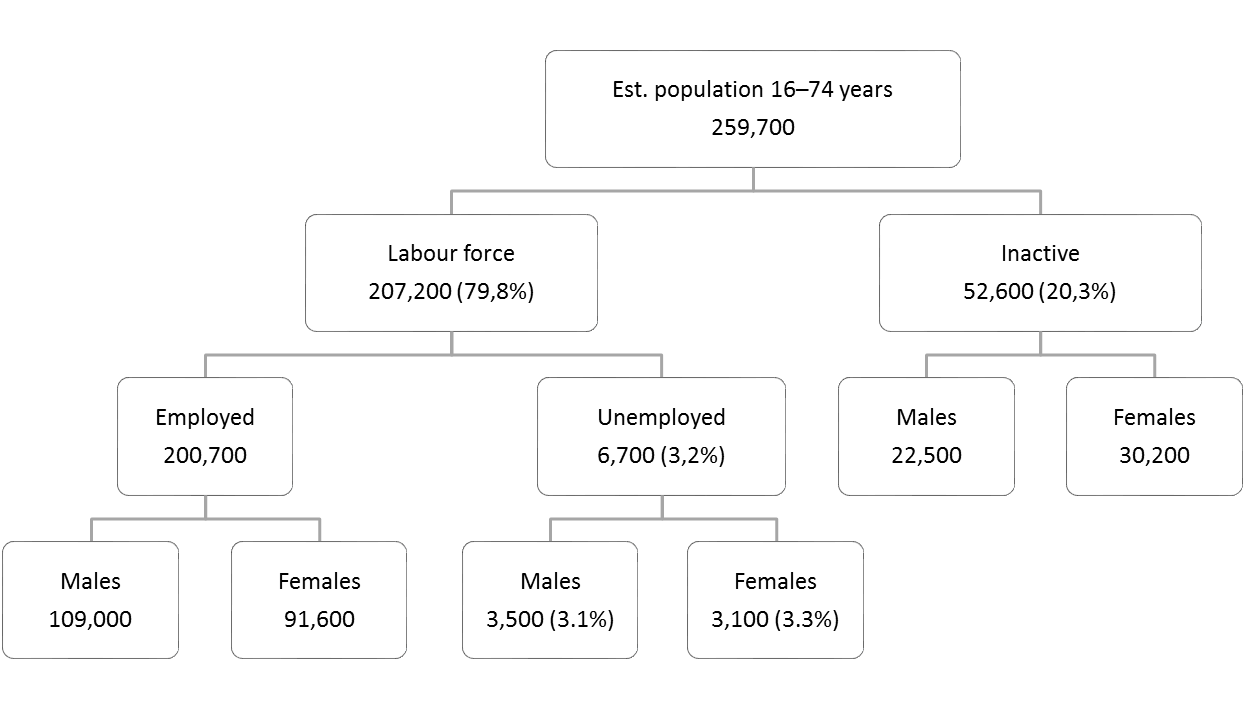 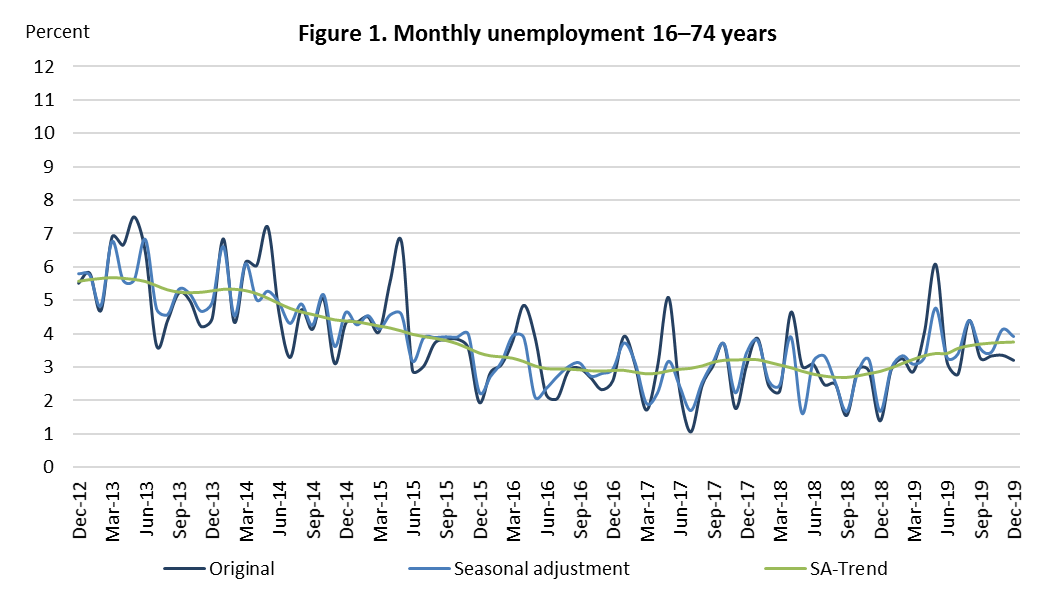 About the data
The labour force survey in December 2019 covers four weeks, from 1 December 2019 to 4 January 2020. A random sample of 1,880 persons aged 16–74 years who were domiciled in Iceland were randomly selected from tha National Registry. Excluding those who were deceased or residing abroad, the net sample was 1,136 individuals. A total of usable answers were obtained from 968 individuals, which corresponds to a response rate of 60.7%.

We note that numbers for the 2nd and 3rd quarters of 2019 have now been updated.