Considerable labour market slack was seen in December 2020 when results showed that around 31,800 individuals had an unmet need for employment, which is equivalent to 14.7% of the labour force and potential labour force. Of those, 36.2% were unemployed, 26.8% ready to work but not looking, 1.8% looking but not ready to work and 35.5% employed but wanted to work more. Comparison with December 2019 shows an increase in the labour market slack by 4.8 percentage points between years. All numbers are weighted by age and gender and rounded to the nearest hundred. 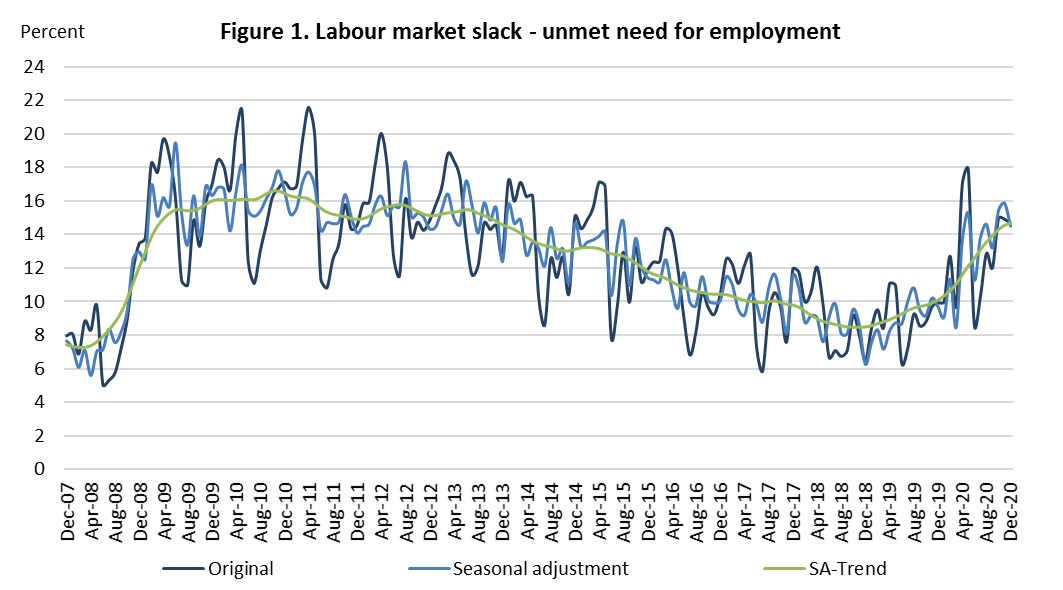 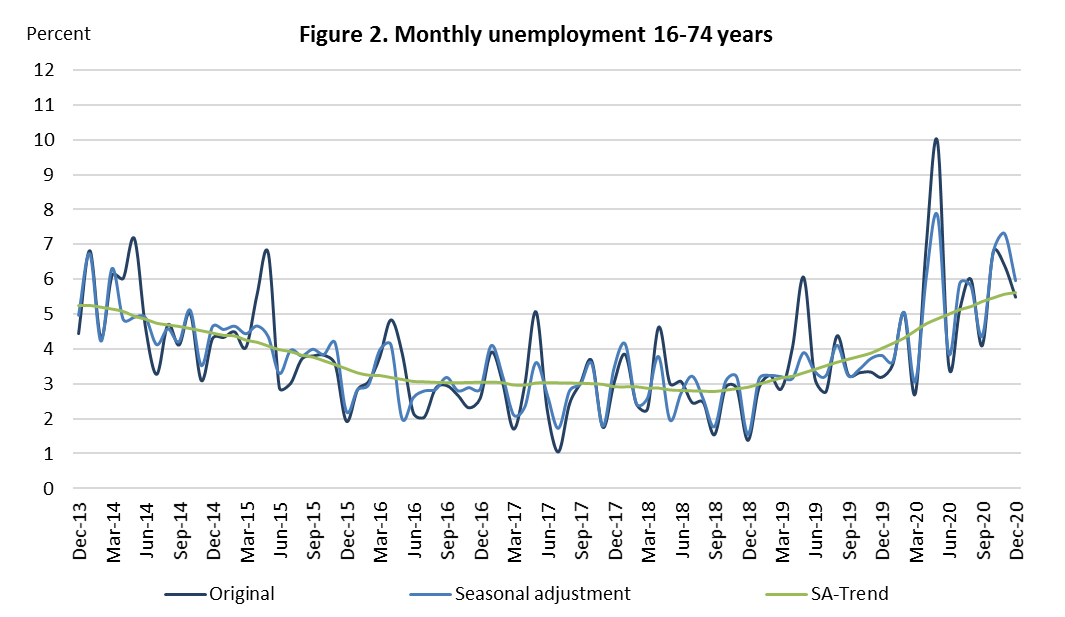 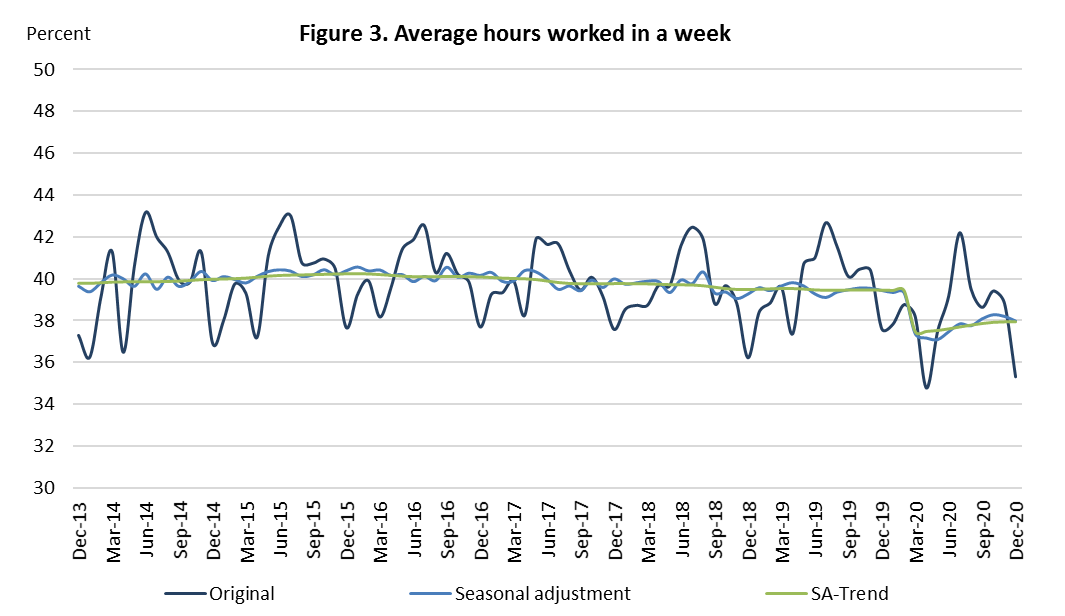 About the data
The Labour Force Survey for December 2020 covers five weeks, from November 30th 2020 through January 3rd 2021. The sample consisted of 1,899 individuals, 16-74 years old and domiciled in Iceland. When those who were domiciled abroad or deceased had been excluded, the net sample consisted of 1,863 individuals. Usable answers were obtained from 1,196 individuals which corresponds to a 64.2% response rate.

New framework regulation for the production of European Social Statistics
It should be pointed out to users that on 1 January 2021 a new framework regulation establishing a common framework for European statistics relating to persons and households, based on data at individual level collected from samples, took effect. The regulation will influence the harmonised European sample surveys conducted at Statistics Iceland, within the Social Statistics. Henceforth, the questionnaire of the Labour Force Survey has been adapted to the regulation and put into use in the beginning of January 2021. The main changes included in the legislation as regards the Labour Force Survey are 1) a new module regarding labour market status, 2) changes to working time measurement, 3) new questions, 4) changes to the survey’s target population and 5) changes to weights and population estimates.

The new module regarding labour market status includes more detailed instructions on the submission of questions regarding labour market status with the aim of increasing the harmonisation of the Labour Force Surveys across Europe. Statistics Iceland has estimated minor effects of these changes on the measurement of labour market status in Iceland. Changes of working time measures are an attempt to better estimate absence from work in the reference week. It is likely that those changes will have an effect on the time-series such that the average working hours will decrease and thus lead to a break in the time-series. This is a problem shared by most European countries. New measures that have been added to the questionnaire will allow for more diverse breakdown. These are for example questions about health status, questions relating to obstacles in daily life and questions about job satisfaction.

Changes in the target population include a higher upper age limit, from 74 years to 89 years, giving the new target population as individuals aged 16-89 years. As before, results for 16-74 year olds will still be published aside results for the older group. New weights will be introduced correcting for the dropout rates of individuals with foreign citizenship. Furthermore, changes in population estimates will be made to reduce fluctuations and ensure stability in the estimated population of the Labour Force Survey. The news release and figures for the labour market in January 2021, scheduled on 25 February, will be the first publication based on the new format of the Labour Force Survey.