It should be noted that all numbers are rounded to the nearest hundred and results are weighted by sex and age groups. All numbers for January 2020 are preliminary until the end of the 1st quarter. 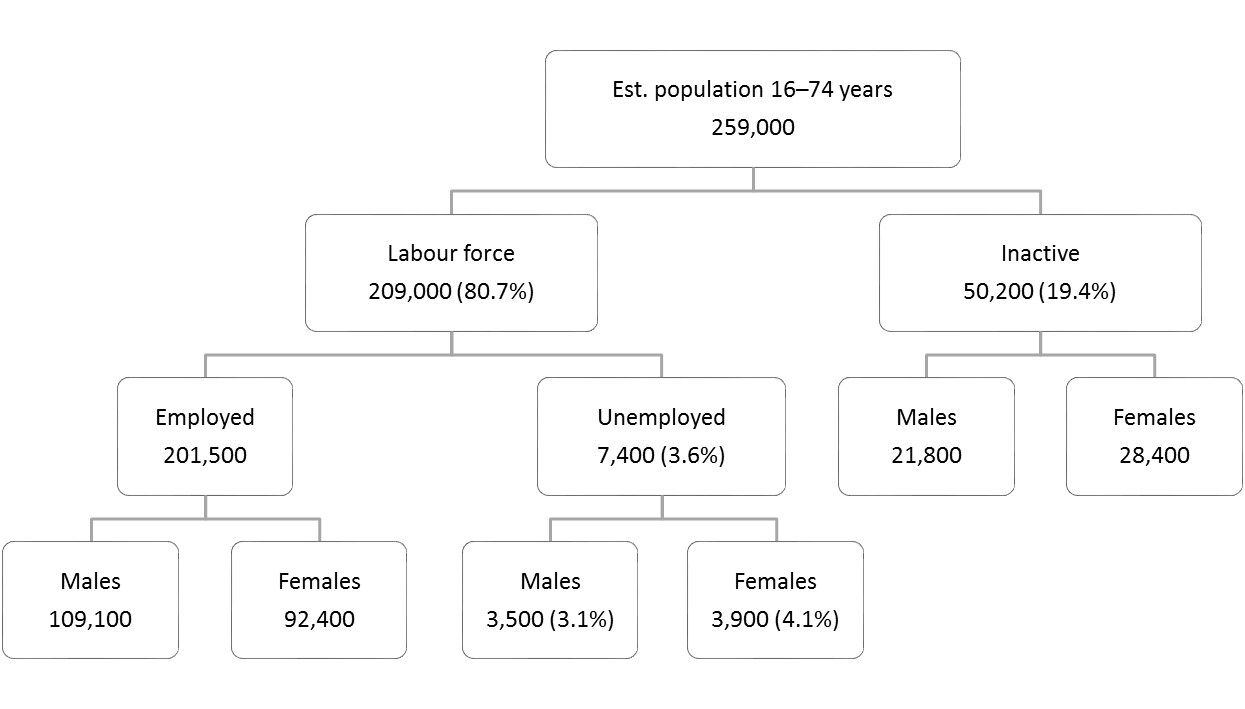 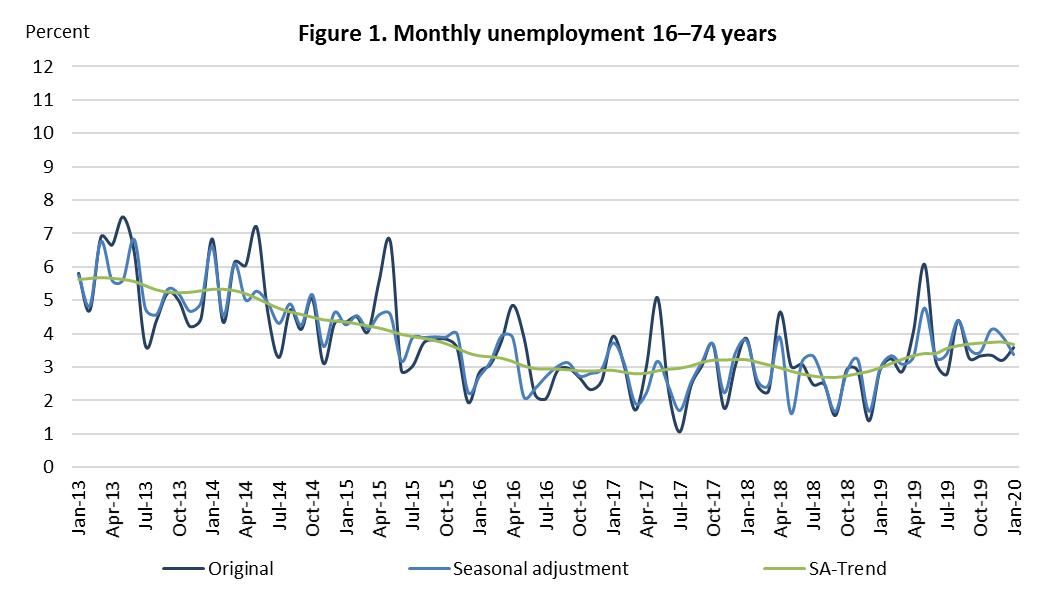 About the data
The labour force survey in January covers five weeks, from December 30th, 2020 to February 2nd, 2020. A random sample of 1,909 persons aged 16–74 years who were domiciled in Iceland were randomly selected from the National Registry. Excluding those who were deceased or residing abroad the net sample was 1,868 individuals. A total of usable answers were obtained from 1,183 individuals which corresponds to a response rate of 63.3%.

In recent years, participation in the Icelandic Labour Force Survey has decreased. Since 2012, the total response rate has dropped from about 85% to about 60%. Although this development is in line with developments in response rates within other European countires the monthly figures for the Icelandic Labour Force Survey are particularly sensitive to changes in the response rate of specific groups because of small sample sizes. One such group constitutes those who are unemployed.

In this context, it is proper to note that Statistics Iceland defines unmemployment in line with the definition used by the International Labour Organization. According to this definition, those are considered as unemployed who 1) are without a paid job in the reference period, 2) are actively seeking a paid job on the Icelandic labour market, and 3) could start working within two weeks if they were offered a job.