Comparing June 2018 and 2019 shows that the number of people in the labour force increased by 6,300, while the activity rate stayed exactly the same. The number of employed persons increased by 5,900 and the rate decreased slightly or by 0.1 percentage point. 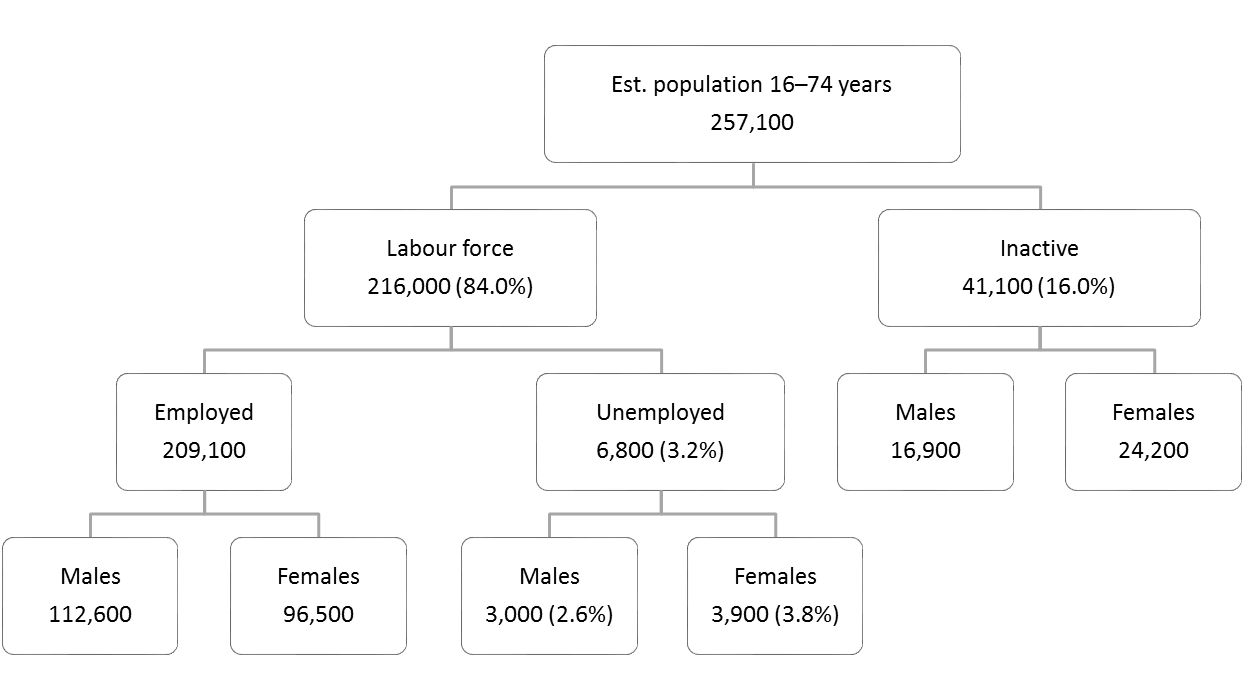 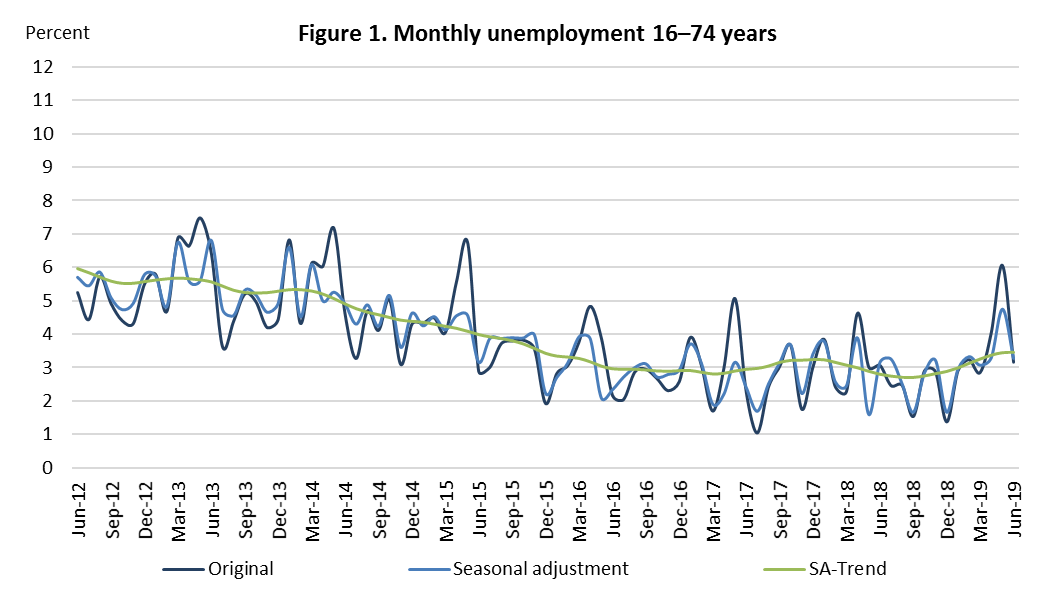 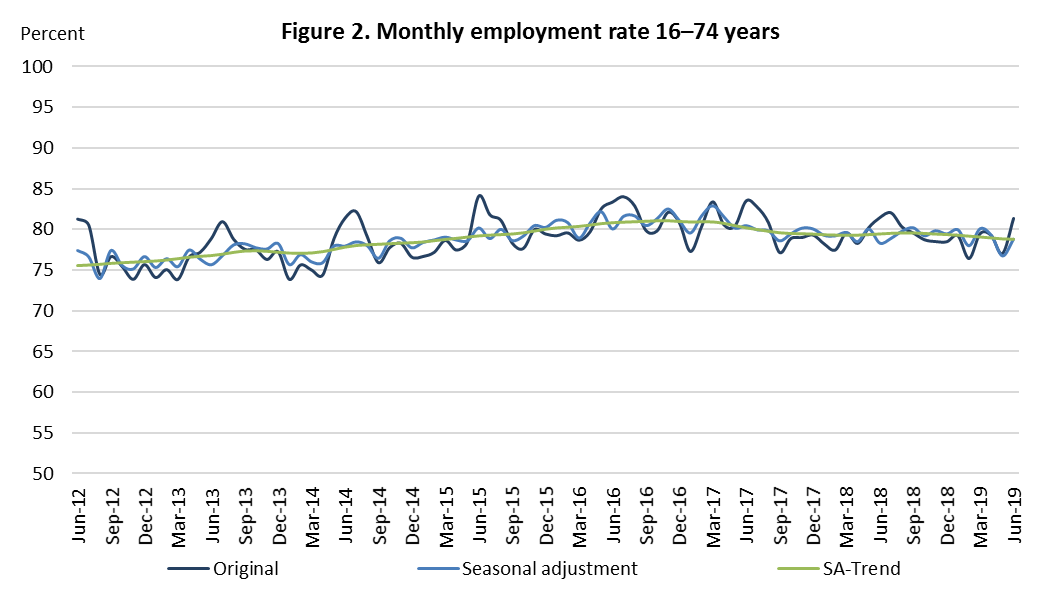 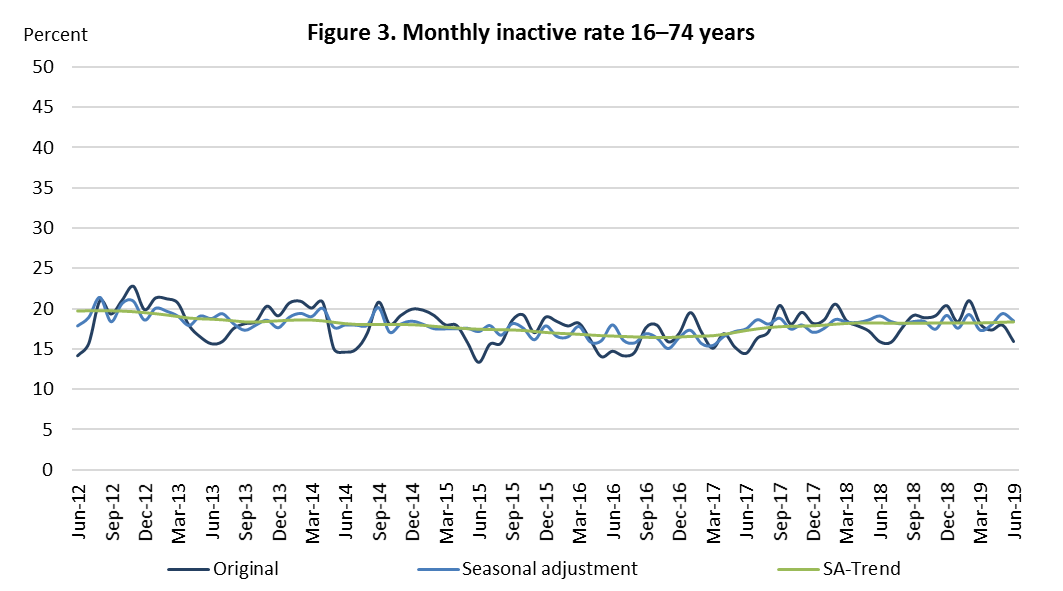 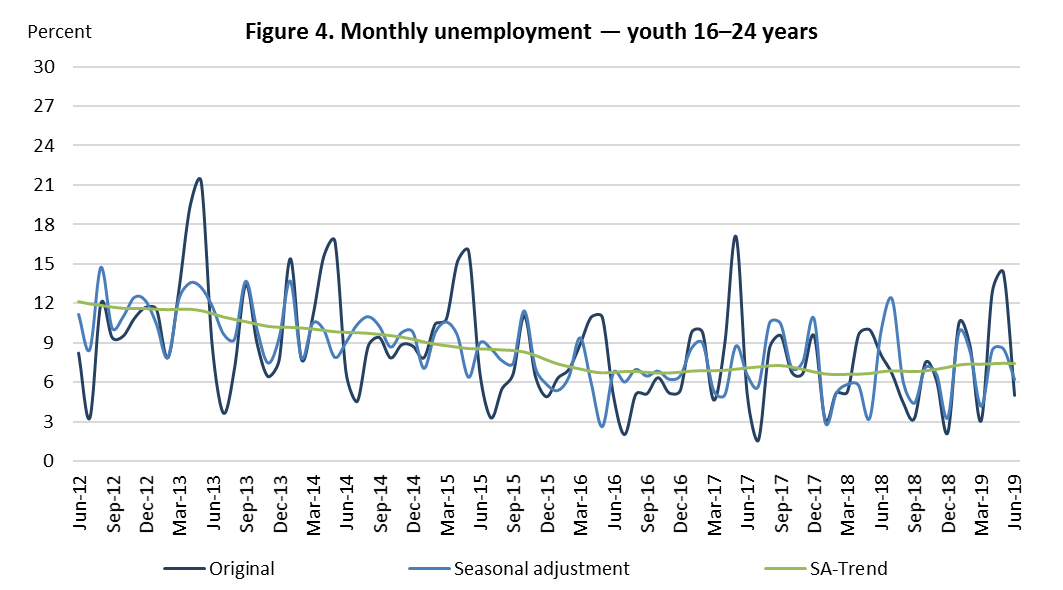 About the data
June 2019 is divided into four weeks, from June 3rd to June 30th 2019. The total sample size for the Labour Force Survey in May was 1,528 persons 16–74 years old who were randomly selected from the registered population. When individuals out of scope had been removed from the sample, the net sample was 1,504 persons. In total, the number of responses was 902 individuals corresponding to a response rate of 60.0%.

It should be noted that all numbers are rounded to the nearest hundred, and results are weighted by sex and age groups.