It is proper to note that the seasonally adjusted estimates may be somewhat inaccurate as a result of unprecedented circumstances in the labour market in the spring of 2020. The seasonally adjusted estimates correct for general seasonal changes in the labour market, such as the increase of unemployment for young people in springtime due to students looking for summer jobs. It is evident that in the spring of 2020 such adjustments are insufficient because of the present extraordinary labour market situation. Thus, it is important to focus on the unadjusted measures when estimating short term effects.

All numbers are weighted by age and gender and rounded to the nearest hundred.

It is important that the figures are prelimanry and will be revised when the quarterly figures for the Icelandi labor market will be published. There are some indications of nonresponse bias in the results as individuals that received unemployment benefits in June appear to be less likely to respond to the questionnaire than those that did not receive such benefits. This could lead to an underestimation for unemployment in June. 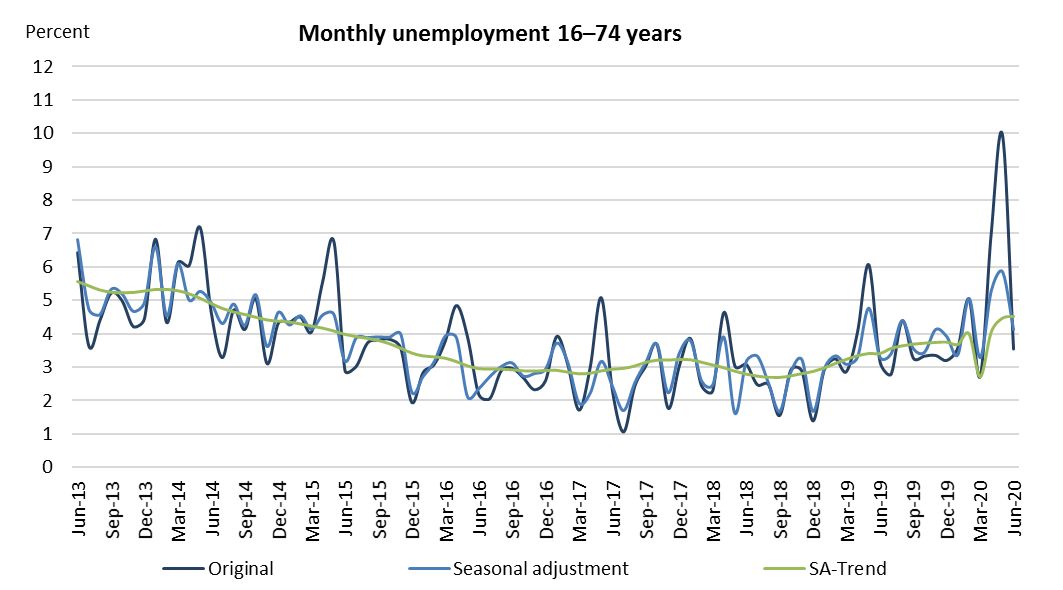 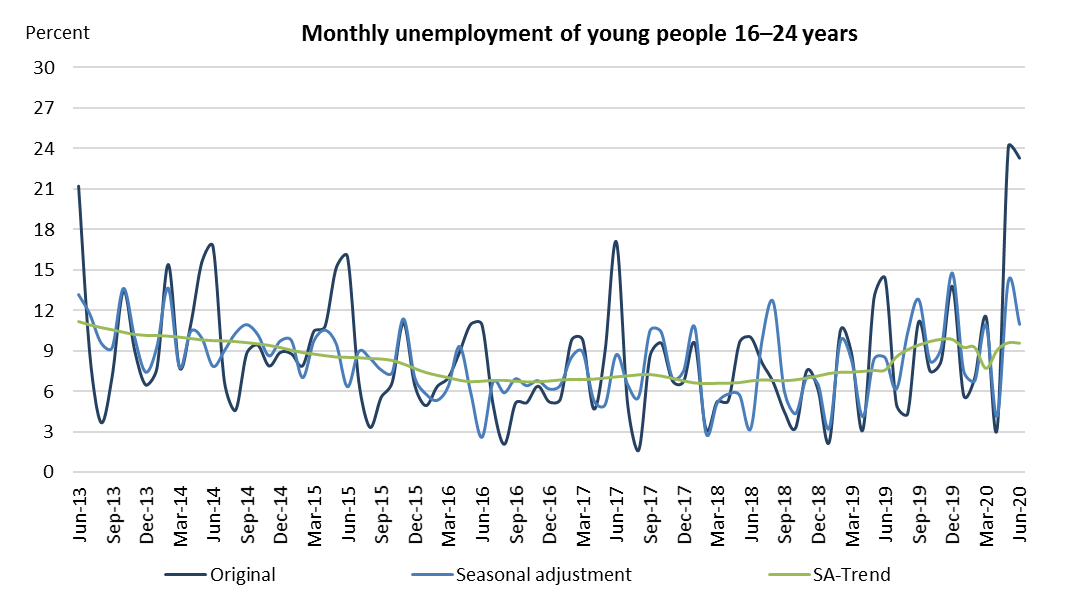