The number of individuals with unmet need for employment were estimated to be 36,500 in May 2021 which is equivalent to 16.6% of the labour force and potential labour force. Of those individuals, 48.4% were unemployed, 16.1% ready to work but not looking for a job, 10.5% looking but not ready to work and 25.0% underemployed. Comparison with the previous year shows a 3.3 percentage points decrease between years in labour market slack. The trend of labour market slack has been stable over the last three months at 14.4% but the trend has decreased by 1.1 percentage points over the last six months.

The sum of sub-items might be inconsistent with the overall results due to rounding. 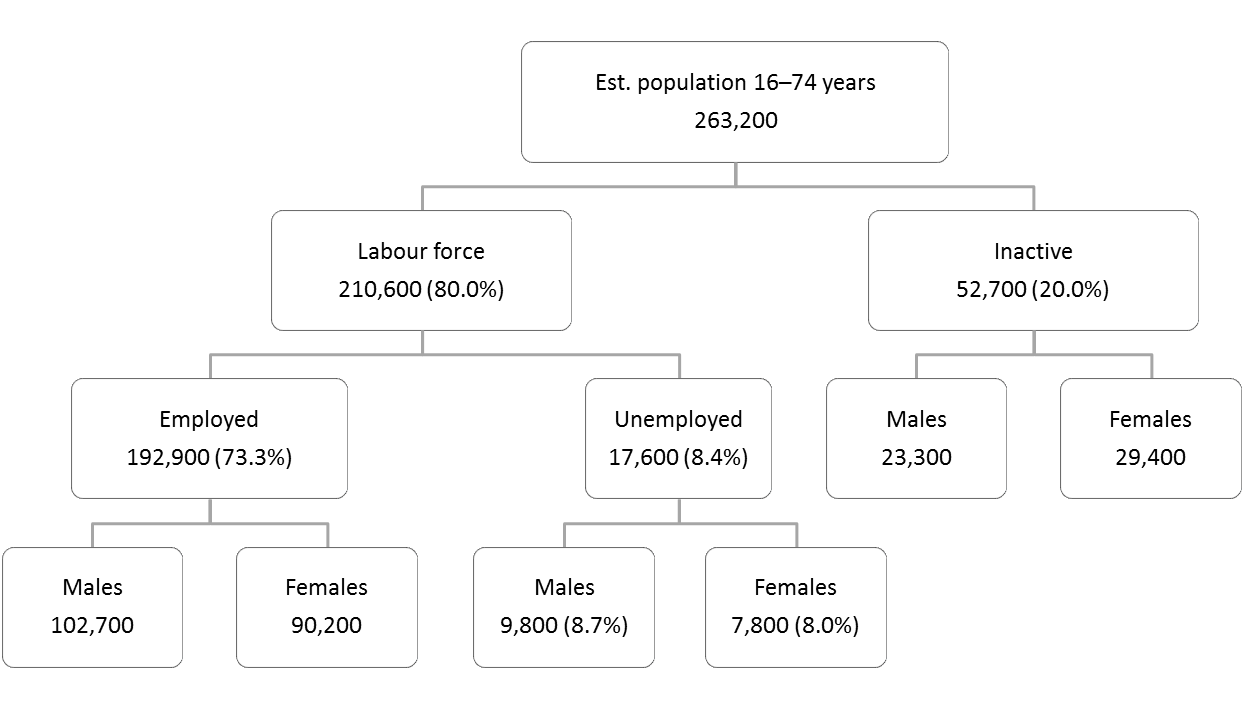 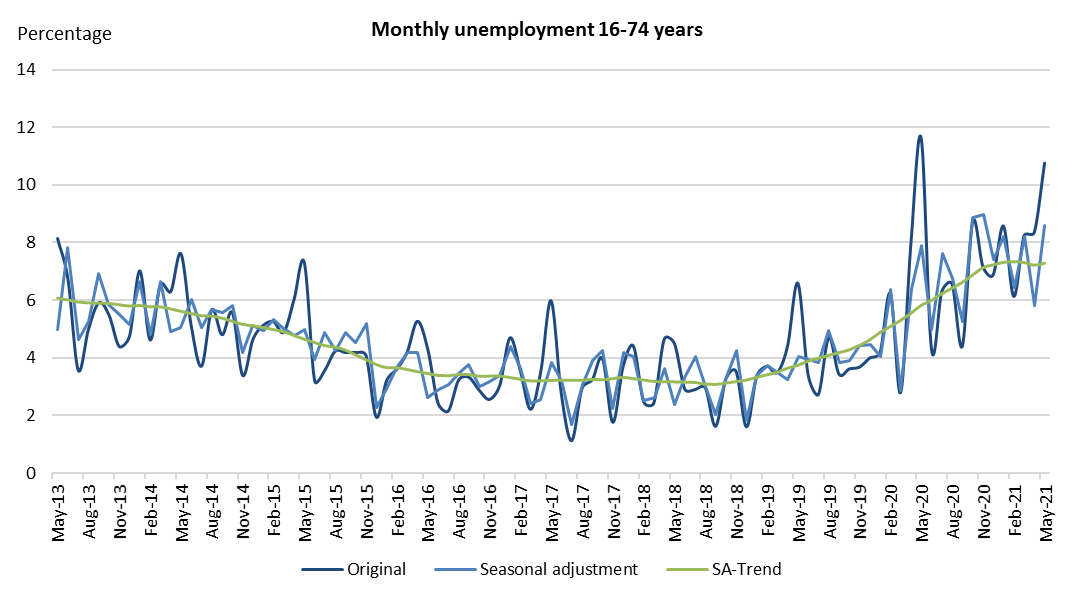 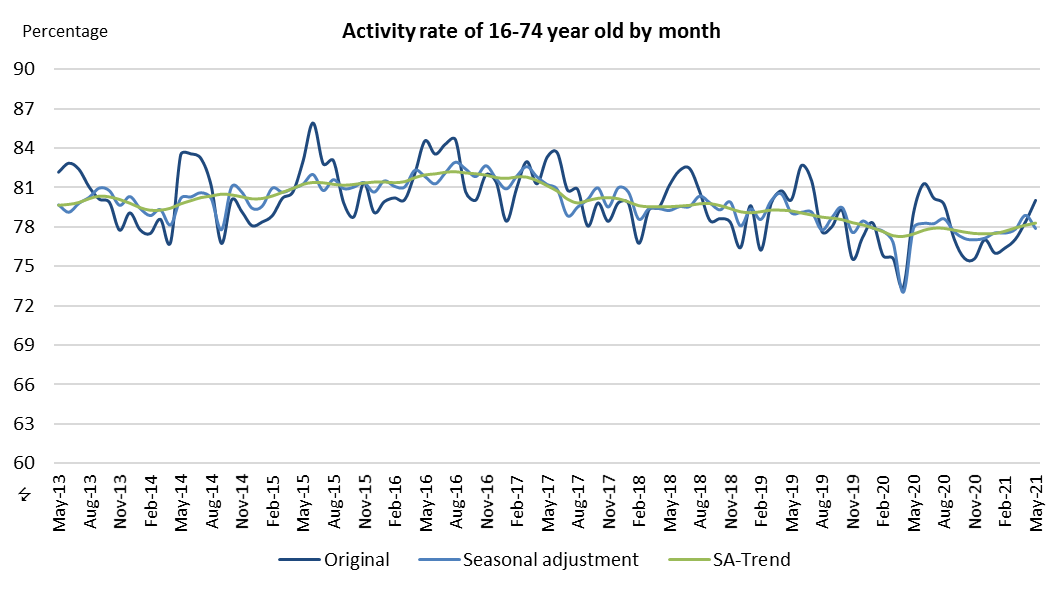