The seasonality of the labour market slack is apparent with the slack usually being lowest in July each year. Looking at the trend, the labour market slack took a big jump upwards at the end of 2008 following the economic crisis. The trend was pretty stable until 2014 where the trend changed direction to downwards. The trend has been rising upwards again since the beginning of 2019. All numbers are weighted by age and gender and rounded to the nearest hundred. 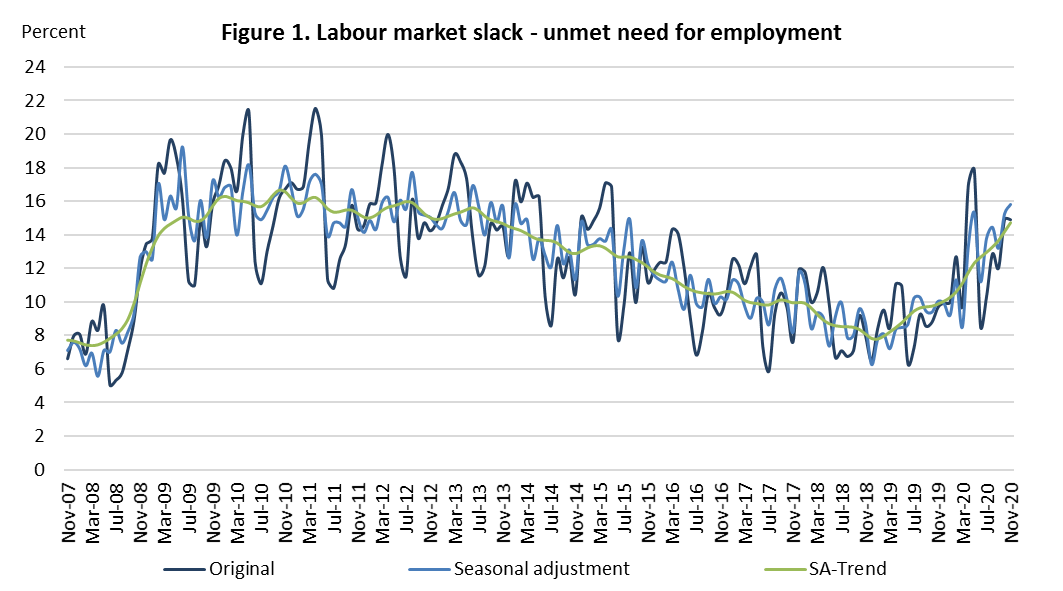 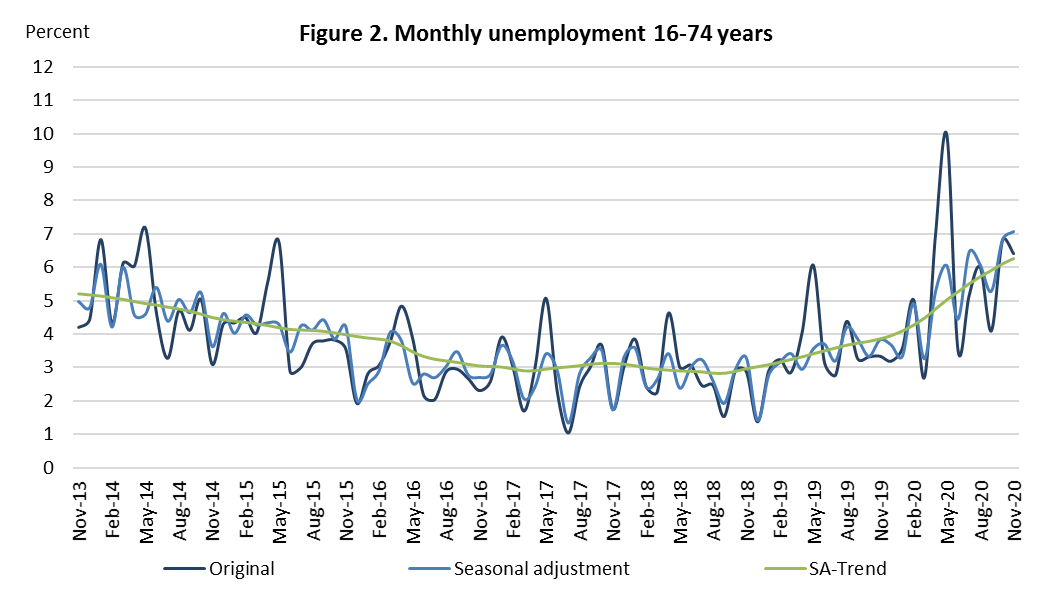 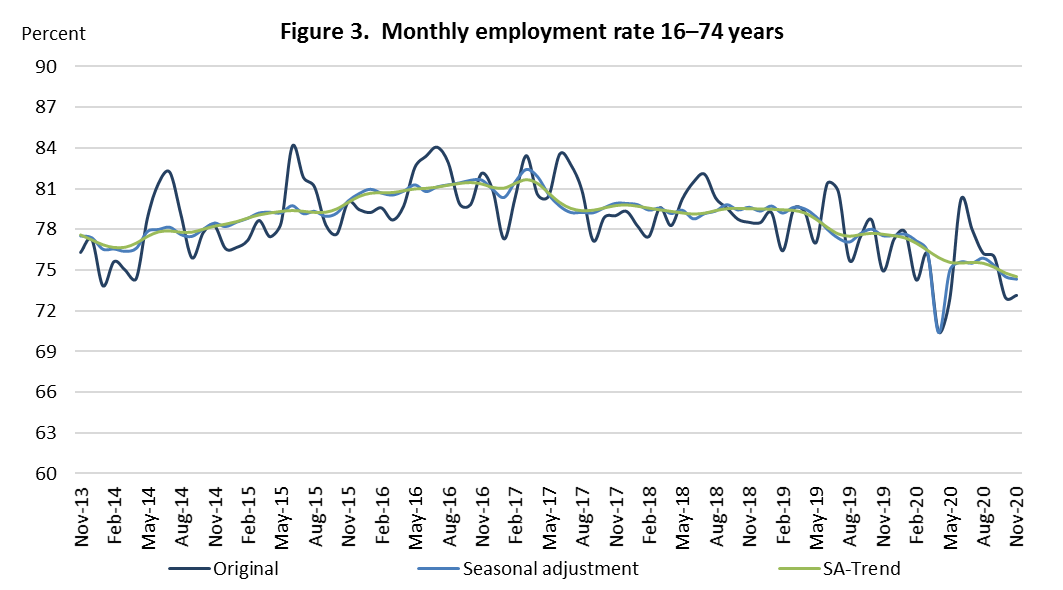